Opta bring you all the team and player facts you need as the build-up continues to Ireland’s opening Guinness Six Nations encounter with England at the Aviva Stadium today (kick-off 4.45pm).

– England have won just twice in nine trips (2003 and 2013) to Dublin in the Six Nations since Italy joined the tournament in 2000. They have failed to score a try in each of their last three such visits

– England have lost their last three games in the Six Nations. They have not lost more consecutive fixtures in the Championship since a run of four straight defeats across the 2004 and 2005 campaigns

– Ireland have won their last 12 home games in all competitions, their longest ever such run. They have also won their last seven home matches in the Six Nations, again a record for them

– Ireland completed the Grand Slam last year, however no side has managed to achieve this in consecutive seasons in the Six Nations, with France the last side to do it in the Five Nations (1997-98). Ireland have won their last six games in the Championship overall, only once before have they won seven in a row (2004-05)

– Ireland averaged the longest time in possession per game of any tier 1 team in 2018 (22 minutes 8 seconds), averaging the most carries (165) and conceding the fewest turnovers (12.2) and infringements (7.8)

– England hooker Jamie George made 35/35 tackles during the November Tests, no other tier 1 player attempted as many without missing. The last time George missed a tackle for England was in the second Test of their series against South Africa last June

– Ireland winger Jacob Stockdale scored a record seven tries in the 2018 Six Nations, including one in each of his last four appearances, only nine players ever have scored in five consecutive Five/Six Nations matches and only three have done so in the Six Nations era (Philippe Bernat-Salles, Shane Williams and George North) 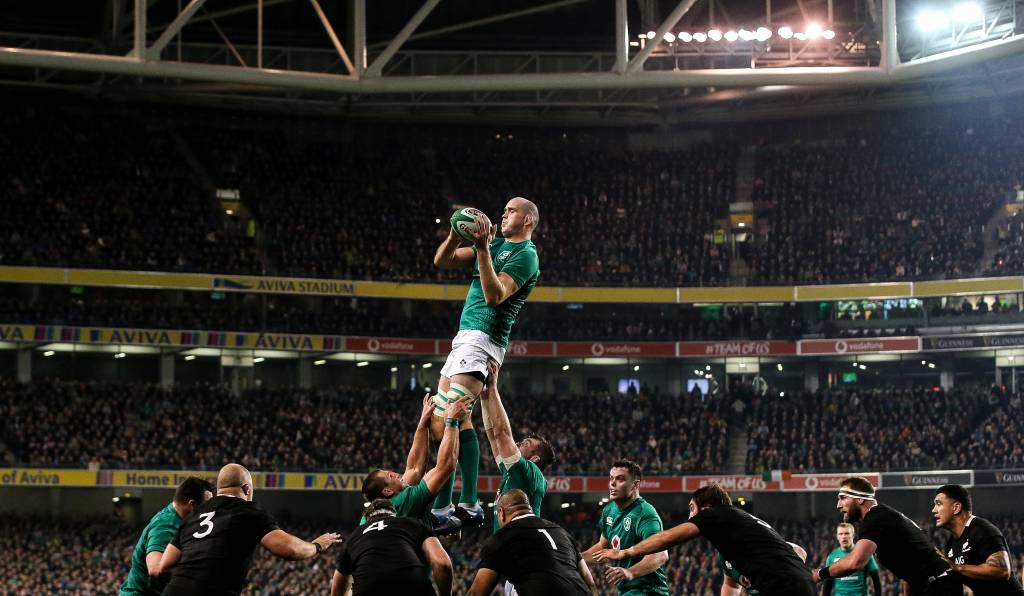 – Robbie Henshaw made his Ireland debut at full-back against the USA in June 2013, not playing for Ireland in that position in any of his subsequent 35 caps

– Sean Cronin has made 56 appearances for Ireland from the bench, more replacement appearances than any other player from any nation

– Conor Murray has provided 16 try assists in his Six Nations career, one more will draw him level with Jonny Wilkinson and Ronan O’Gara with the most in the tournament’s history

– Ireland captain Rory Best will make his 15th appearance against England, equalling Mike Gibson for the most caps for Ireland v England

– England’s two victories away to Ireland in the Six Nations came in 2003 and 2013, despite this they have only averaged three points per game fewer than Ireland in their clashes in Dublin (England 15 to Ireland’s 18)