Amee-Leigh Murphy Crowe touched down twice in the Cup quarter-final victory over their European rivals, which sets up a shot at tournament hosts and defending champions Australia in the last-four later today at Spotless Stadium (10.56pm Irish time/9.56am local time).

The result maintained Ireland’s unbeaten run in Sydney after they topped Pool B yesterday having got the better of both Canada – for only the second time in series history – and Fiji, on the back of a first round draw with Russia. With France and Russia both losing their quarter-finals, Anthony Eddy’s side will be the top European finishers this weekend. 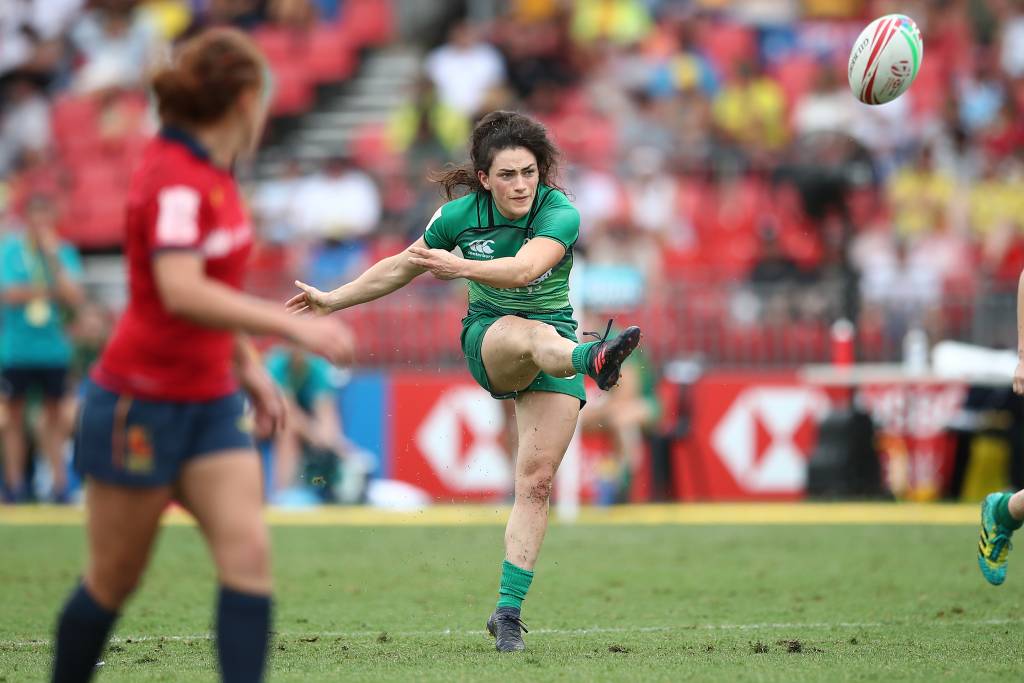 Captain Lucy Mulhall commented: “It means a lot (to get through to the semi-finals). We’ve worked really hard the last couple of years, as has every team. We came here this weekend, we wanted to do it for the girls at home. We have a really good bond between us as a squad and we’ve been working really hard together.

“So just as much as it’s for the twelve of us here and Katie Heffernan, the 13th man, it’s also for all the girls at home awake in their beds watching this in the early hours of the morning.”

Although missing some frontliners in the form of the injured Stacey Flood, Ashleigh Baxter and Katie Fitzhenry, Ireland’s squad depth at this level continues to grow with the 17-year-old Beibhinn Parsons and Emily Lane (20) making their series debuts in Sydney. Brittany Hogan and Anna McGann are also only 20 years of age.

It was 19-year-old play-maker Eve Higgins who opened the scoring in the quarter-final clash, with her weaving run off a scrum flooring two defenders and Murphy Crowe’s return pass released her to dive over after two minutes.  Higgins hunted down a second try but on this occasion she could not link with the trailing Murphy Crowe. 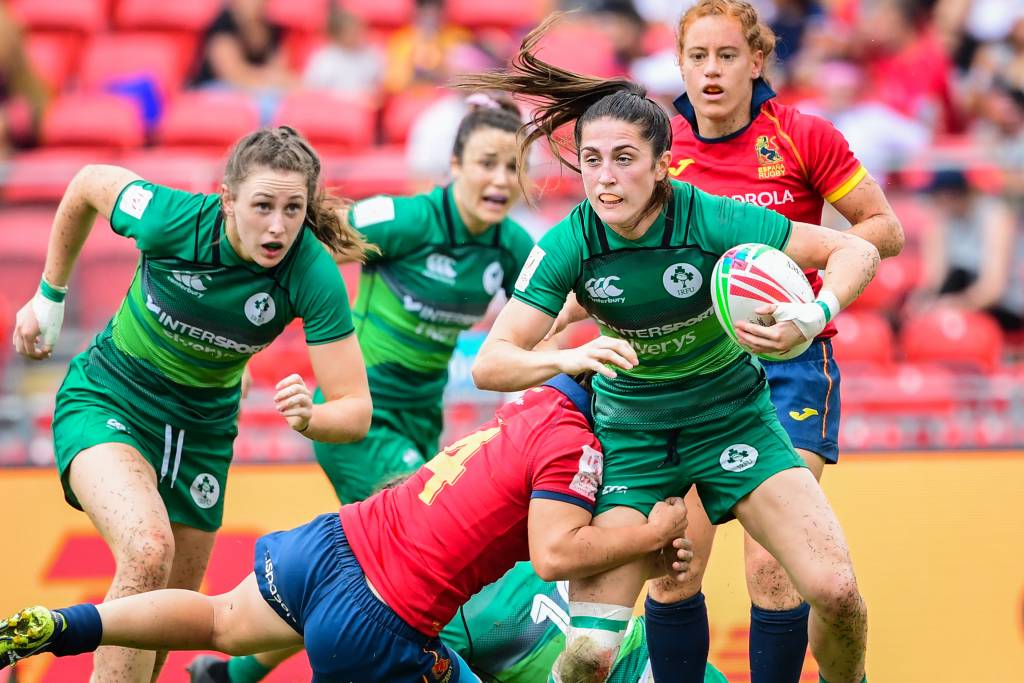 A slap-down of a Spanish pass earned McGann a yellow card, although Spain were unable to get out of their own half. Ireland were forcing errors and then, once back on the ball, some pick and goes – with Deirbhile Nic a Bhaird leading the way – led to Mulhall electing to send a penalty through the uprights to open up a 10-0 interval lead.

The returning McGann made up for her indiscretion by carrying hard into contact before Murphy Crowe ghosted in between two defenders and dashed in behind the posts for try number two, which Mulhall converted. The Tipperary speedster completed her brace in the 12th minute, finishing smartly out wide after Hannah Tyrrell and McGann’s hard work in the build-up.

Murphy Crowe is the Sydney 7s top try scorer with six so far, but Spain did gain some late consolation with a hard-earned score from replacement Libe Erbina. There was no catching Ireland, though, and they will relish going up against Australia, a team they lost to by just two points (21-19) in their last meeting in Glendale in October. 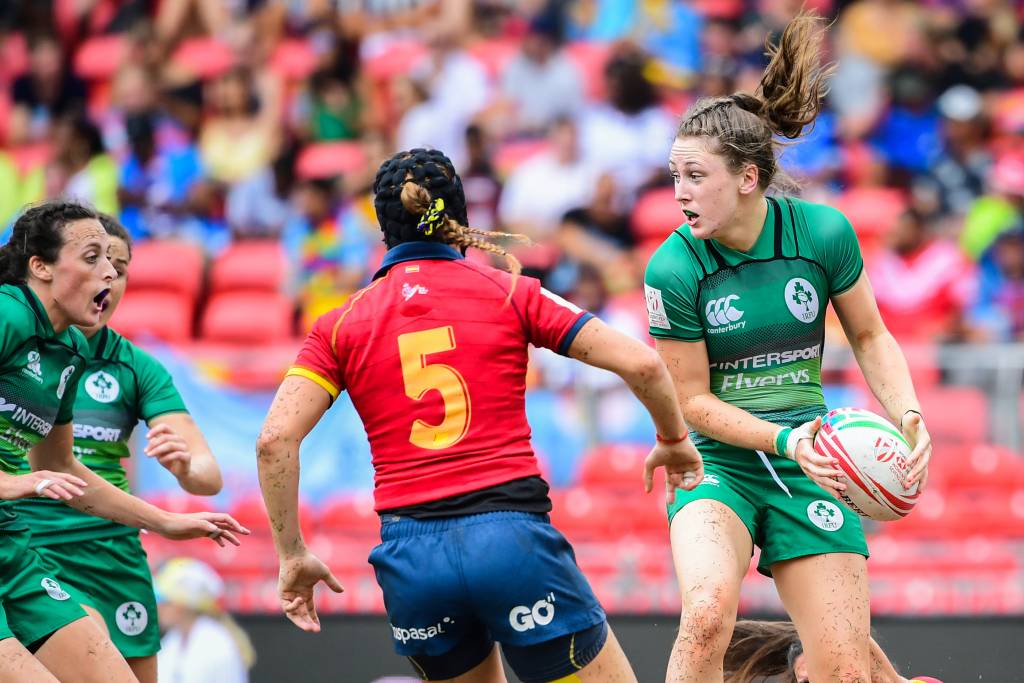