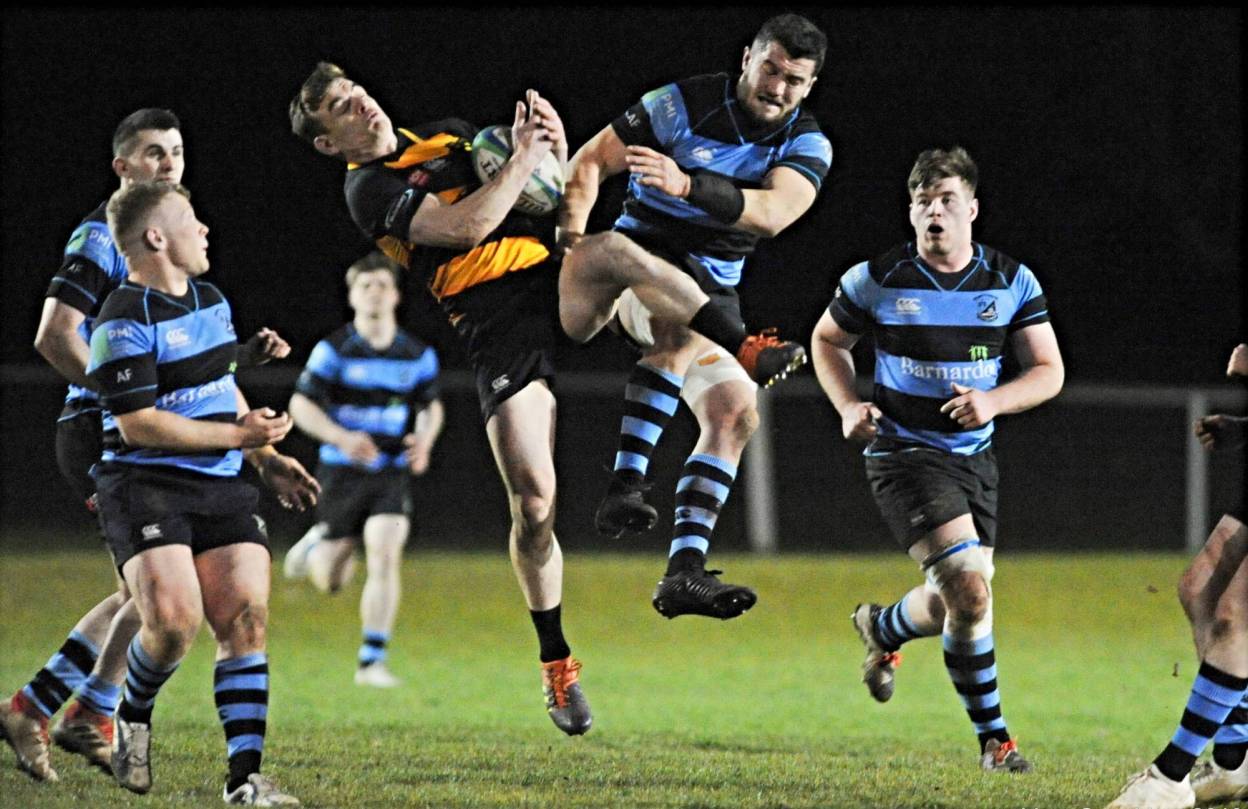 Young Munster are at least safe from automatic relegation in Division 1A of the All-Ireland League after a 33-7 win at home to Shannon.

It was a powerful and controlled performance from Gearoid Prendergast’s men in front of an estimated crowd of 1,500 in Greenfields.

Young Munster bossed territory in the opening quarter and mauled their way to an opening score from Ger Slattery. Dan Walsh’s close range drive and a couple of conversions pushed them out to a 14-0 lead and Shannon’s cause wasn’t helped by the sin-binning of two players.

The home side then lost Ger Slattery to a yellow card and Nathan Randles dived over in the corner to help reduce the gap to 14-7 at half time.

A 23-10 defeat to Shannon earlier in the season was one of Munsters’ many motivations on the night and they set about reasserting their authority early in the second half with another maul try, this time from captain Alan Kennedy.

Dan Walsh’s second try of the night pushed them into bonus point territory and Derek Corcoran sealed a memorable night for the Cookies with a first phase move off a scrum.

#AIL@YoungMunsterRFC are at least safe from automatic relegation in Division 1A after a 33-7 win at home to @Shannon_RFC. pic.twitter.com/GsJ5ZA2C9Y

“Very proud head coach because it was a big night with a big build up to it. Limerick loves its rugby so there was a lot of city rivalry. Shannon are a team we’d have huge respect for. They did very well last year in coming up. They had a good season but I just saw we started very well and the start meant everything. At the start of the second half, those early scores stood to us and I’m unbelievably proud of those lads. They’re a great bunch of lads.”