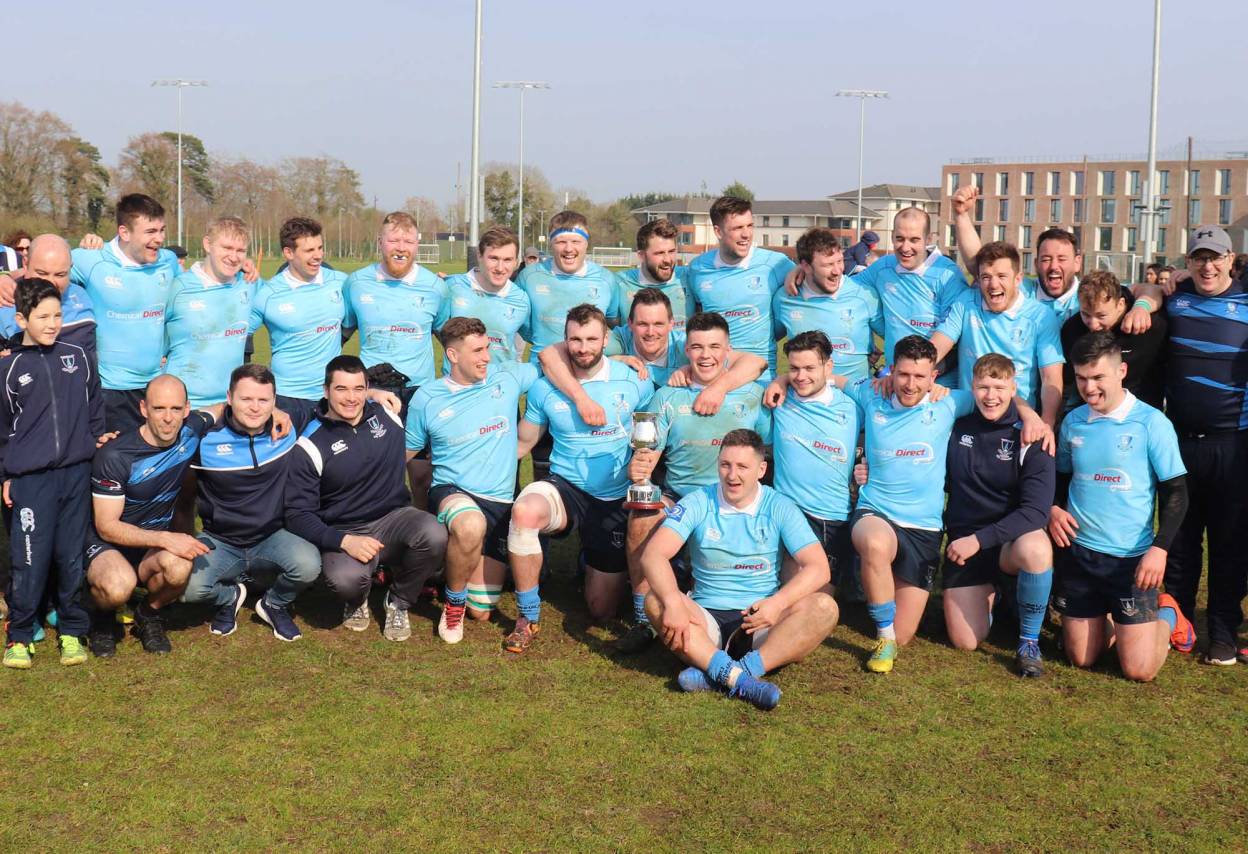 MU Barnhall are celebrating a special season with their first ever All-Ireland League trophy. The Kildare club received their silverware after their 17th win of 17 games in Division 2B. Head coach Adrian Flavin insists his side are not finished yet as they bid to complete an unbeaten league campaign with next Saturday’s trip to Rainey Old Boys.

“A lot of these players have come through the club,” said Flavin, the former Connacht and Ireland ‘A’ hooker. “They’ve been at the University (Maynooth). They’ve been through the scholarship programmes and they’ve stayed on at the club. It’s built from within which makes it a lot sweeter when they get the bit of silverware at the end of the season.”

The Blue Bulls were presented with the Division 2B trophy after a 41-10 win over Skerries at Maynooth University’s North Campus. Conor Lacey opened the scoring inside the opening minute before Dan Murphy went over, and Adam Chester kicked 11 points with Eoghain Quinn and Michael Mellett each bagging a brace of tries.

It was a particularly proud day for captain Tom McKeown, one of the club’s longest serving members. Number 8 McKeown is currently on a run of over 125 consecutive appearances in the All-Ireland League and says team spirit is a big reason why he’s enjoyed such longevity, acknowledging:

Playing with your friends is the big thing and that’s at any level. It’s not just the All-Ireland League. The club have worked really hard to put in a conveyor belt of talent from local guys, from the university, and we’ve worked hard in local schools.

“There’s no quick fix if you want something sustainable. If you want a good rugby club you have to work hard. I’m lucky enough to be the captain of this team, but you can see it throughout the minis section. There’s such a buzz. It’s such a vibrant club.”