The schedule may have changed, but the ambition remains the same for the Ireland Women’s squad as they sharpen their focus on a busy Autumn schedule.

Adam Griggs‘ side are currently knee-deep in preparations for the re-scheduled Women’s Six Nations fixtures against Italy and France having completed the first of a series of two-day camps at the IRFU High Performance Centre last weekend, all of which leads into December’s Rugby World Cup 2021 European Qualifiers.

The extended group of 35 players assembled in Dublin for back-to-back training days on Saturday and Sunday, marking the start of their four-week lead-in period to the visit of Italy to Energia Park on Sunday 25th October (Kick-off 1pm). From there, Ireland will travel to Lille to face France on Sunday 31st October (Kick-off 1.30pm Irish time) as the 2020 Championship comes to a close.

Griggs’ side, who recorded home wins over Scotland and Wales before the Six Nations was suspended in March, will hope to build important cohesion and momentum in those games, tuning up for the crucial World Cup qualifying period as they bid to stamp their ticket to New Zealand.

Cliodhna Moloney was among a number of IQ Players, including Anna Caplice and Lauren Delaney, who re-joined the squad last weekend and the hooker said the group was excited to get back down to business and finish the campaign off on a high next month.

“It’s our first two day camp so there’s a good buzz,” she told IrishRugby.ie .”We’re just really excited to get going as we’ve got those two good games against Italy and France and we’re looking to try and finish off the positive campaign.

“We’re looking to regain control and redeem ourselves against Italy and France and finish on a positive note as we had built up a bit of momentum before the break.” 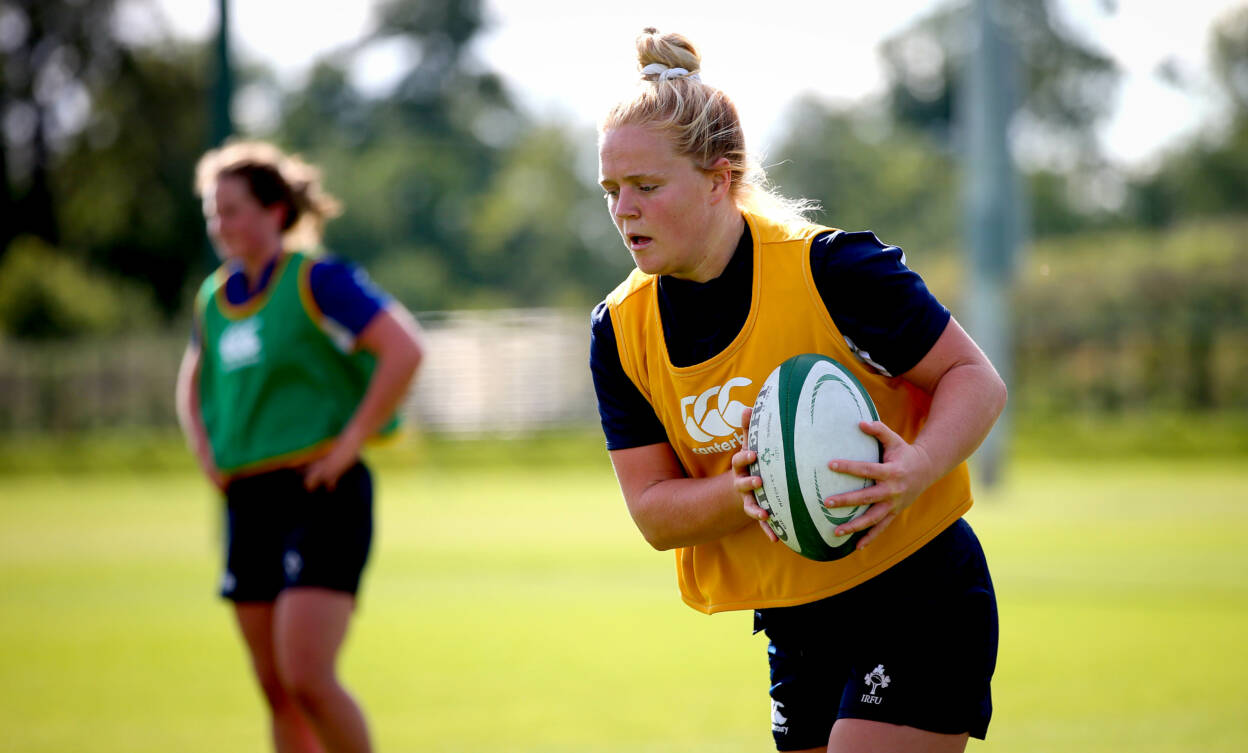 Moloney was in standout form during the first two rounds of the Championship, scoring against both Scotland and Wales at Energia Park and picking up the Player of the Match award for her performance against the latter as Griggs’ side earned consecutive home wins.

“I was lucky to get on the end of a couple of nice team moves outside some of the faster backs, which is always nice but it was more reflective of where the team is at,” the 27-year-old said.

On the international window ahead, Moloney added that the squad are highly motivated to achieve World Cup qualification despite the disruption caused by the Covid-19 pandemic.

“Re-qualifying for the World Cup and getting on the plane to New Zealand has been our main focus and it has been for a couple of years now,” she added.

“That’s our number one goal and that’s what everyone here wants to do. There are a couple of steps that we need to take along the way, and Covid is making it a little bit harder, but that’s fine because if we can finish the Six Nations on a high, we’ll be in a good place leading into those World Cup qualifying games.”