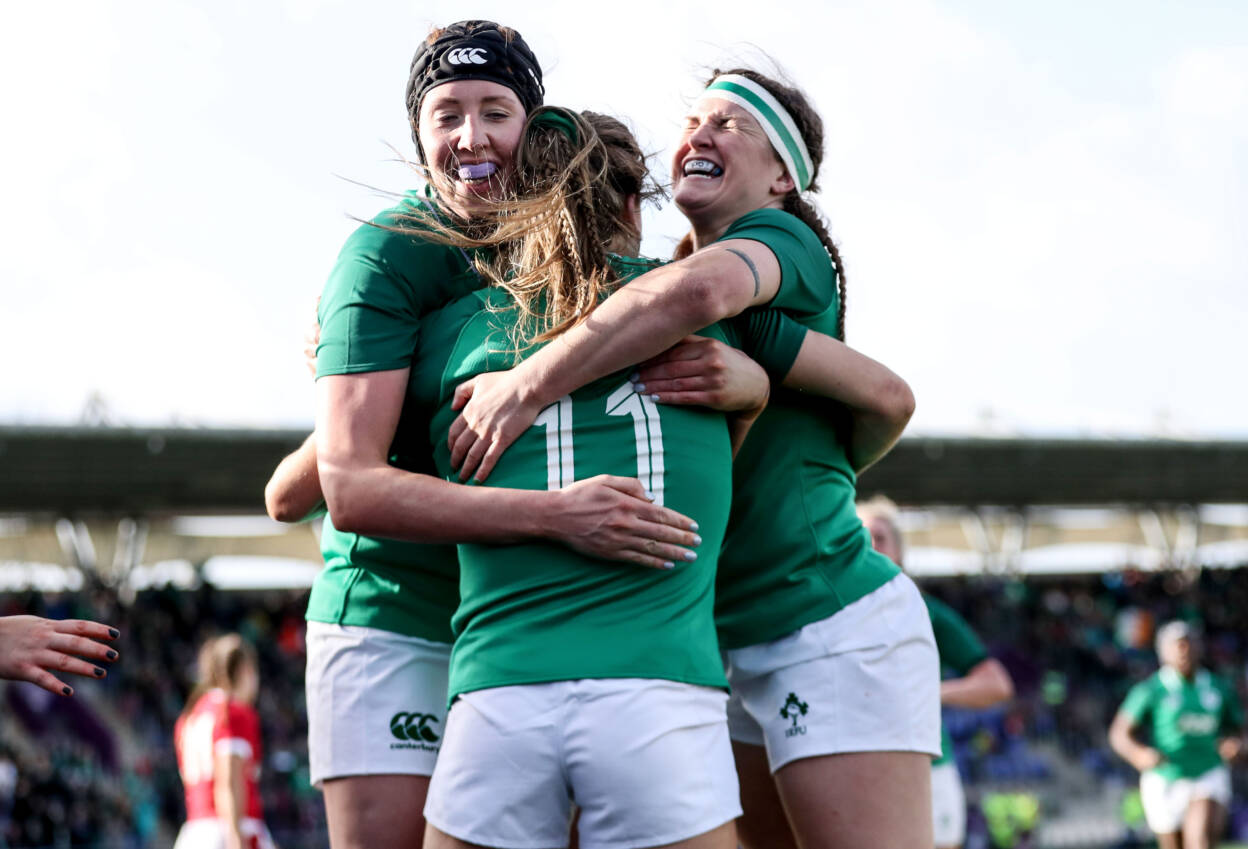 Player-of-the-match in the round 1 victory over Scotland, Ireland Women’s flanker Edel McMahon was again highly influential on Sunday as Adam Griggs’ side impressed with a five-try defeat of Wales at Energia Park.

The Clare woman has developed a strong back row partnership with captain Ciara Griffin and Anna Caplice over the course of this Women’s Six Nations campaign, and speaking to Irish Rugby TV after the 31-12 bonus point success, McMahon lauded the impact of the younger players in the squad.

“There is a good gel with the girls, we’re all putting in 100% commitment and we’re seeing that,” she said.

“We’ve got a good mix of young and experienced players and we’re all feeding off each other. Lindsay Peat and Sene (Naoupu) are leading the charge but the young ones are really pushing us on as well.”