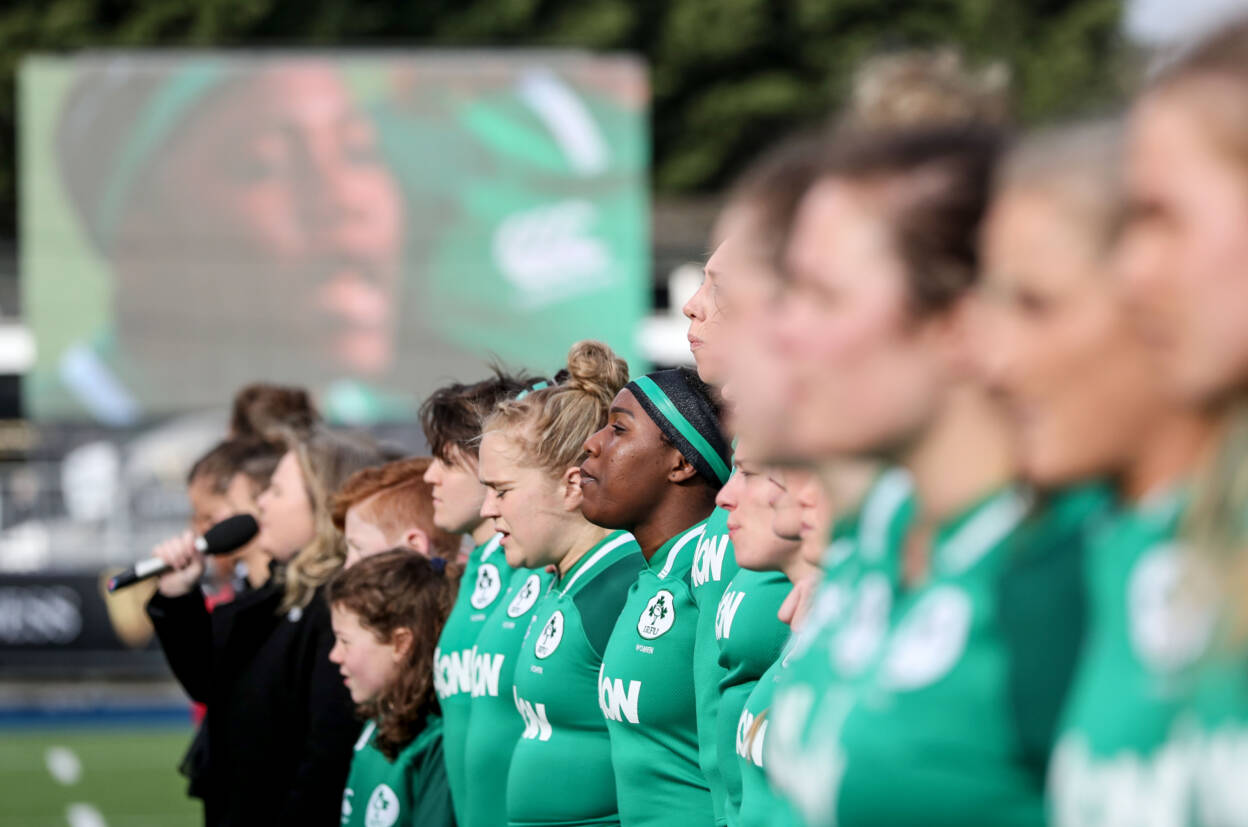 Of all the positive strands to Ireland’s bonus-point win over Wales in Sunday’s Women’s Six Nations clash, the standout contributions from so many young players in Adam Griggs‘ squad was perhaps most satisfying.

From Beibhinn Parsons’ first-half try to a maiden Six Nations start for second row Judy Bobbett, there were a number of notable performances from those in green, not least the impact of powerful tighthead prop Linda Djougang in an all-action 80-minute display.

Having scored her first Ireland try against Wales last November, Djougang’s second-half score at Energia Park this afternoon, as she displayed her athleticism and raw power to charge over the line, secured the bonus point for Griggs’ side as they made it two Six Nations wins from two.

The Old Belvedere prop is going from strength to strength in international rugby and as she continues her exciting development, Djougang is quickly becoming a key player in the Ireland pack.

“We haven’t won like that in a long time,” she told Irish Rugby TV post-match. “It’s good to get the win, especially at home, and it’s what we work every single day for. I’m really happy. I’m really, really happy.”

On her own performance and playing in front of the home crowd, Djougang added: “Every game I need to make a big impact and for me to play and score again against Wales it just made my day. I love [playing in the green jersey]. If I could do it again tomorrow, I would. We have such a privilege and I’m really looking forward to the next home game against Italy. Home advantage is special.”