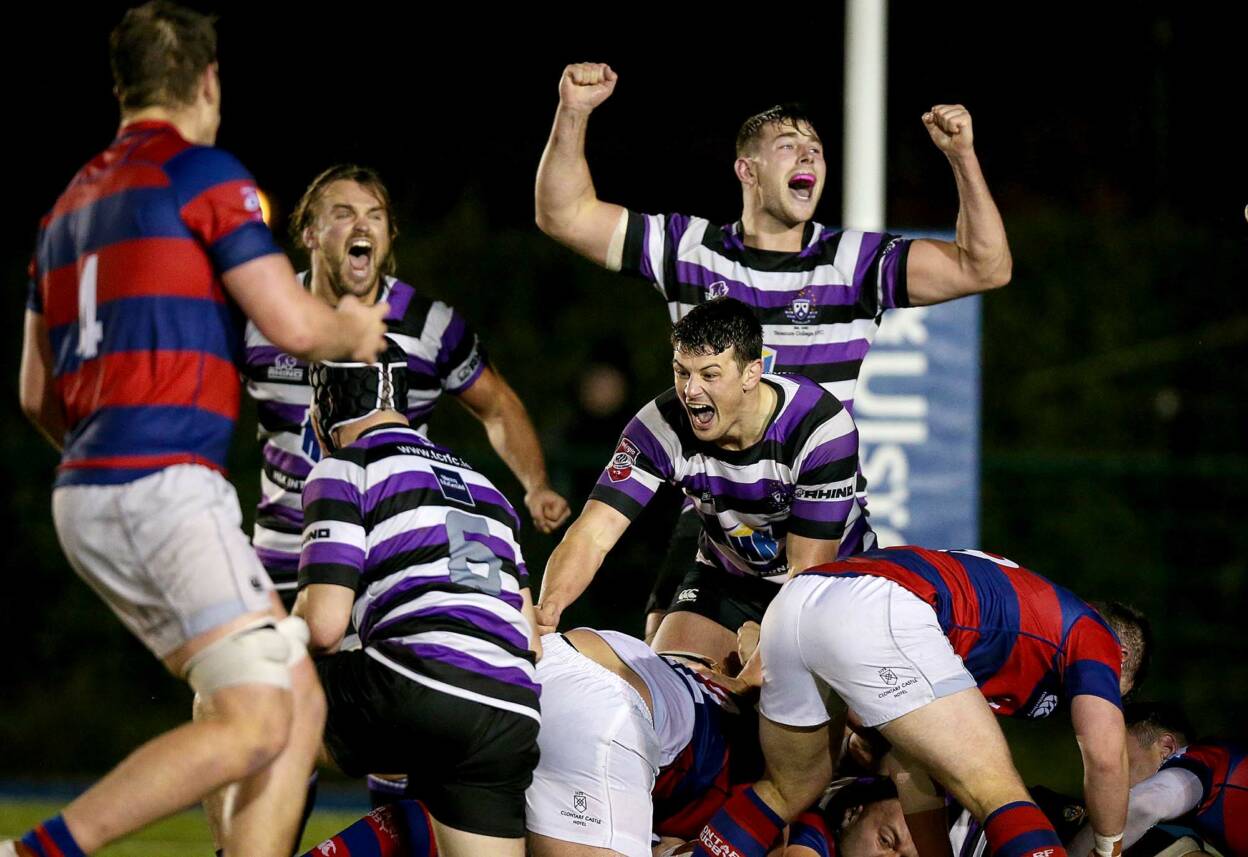 Terenure College are vowing to be more expansive this season as they look to strengthen their position in Division 1A of the Energia All-Ireland League. The Dublin side remain unbeaten after three games under new Head Coach Sean Skehan and were full value for their 16-10 win at Clontarf on Friday night.

“We want to try and be as creative as possible and play as much good rugby as possible because that’s part of representing the club to the best of our abilities,” he said. “We take that as seriously as we do emotional energy but emotional energy won’t win you every game. We’ve got to get a little bit better on the attack side of the ball.”

Skehan was speaking moments after beating Clontarf in Castle Avenue, a game he admitted a was a touchstone fixture for Terenure College. They narrowly avoided relegation on the last day of last season, but set another benchmark here for 2019/20.

“We knew we’d have to be emotionally ready for it, as well as trying to be technically and tactically competent,” said Skehan. “We felt like we were in good control of the fixture.”

Terenure bossed territory in the first 40 minutes and were full of energy through out. Angus Lloyd’s break was Clontarf’s best effort at that stage while Terenure’s scrum was their platform for points on the board.

Stephen O’Neill opened the scoring in first-phase possession off another strong set-piece before James Thornton nailed three kicks in a row for a 13-0 scoreline at the break.

Robbie Deegan was red carded for a reckless challenge in the air on Jack Power but in truth, Terenure never looked like capitulating. Clontarf’s try was mauled over and finished by Tadhg McElroy off a line-out and Terenure responded well to kick out their lead again.

Clontarf were last to score through the boot of Sean Kearns but last ditch efforts to snatch the win fell short against good defensive pressure.

Quick highlights of the second half between @ClontarfRugby and @terenurerugby in Div 1A of #EnergiaAIL. Tarf come back for a bonus point. ‘Nure take the win 16-10. pic.twitter.com/uuSApJmLuj

Skehan says his side are already looking to the next block of games.

“We’ve got Con in two weeks in Lakelands – Another one of that big three who’ve dominated the AIL over the last number of years. It’s another huge game for us.

“They’re going to be seeing these results and want to make a point to us that they’re still top dogs in the division.

“We’re just really looking forward to it. The group’s extremely motivated. It’s about the Con game now. All eyes go on to that.”