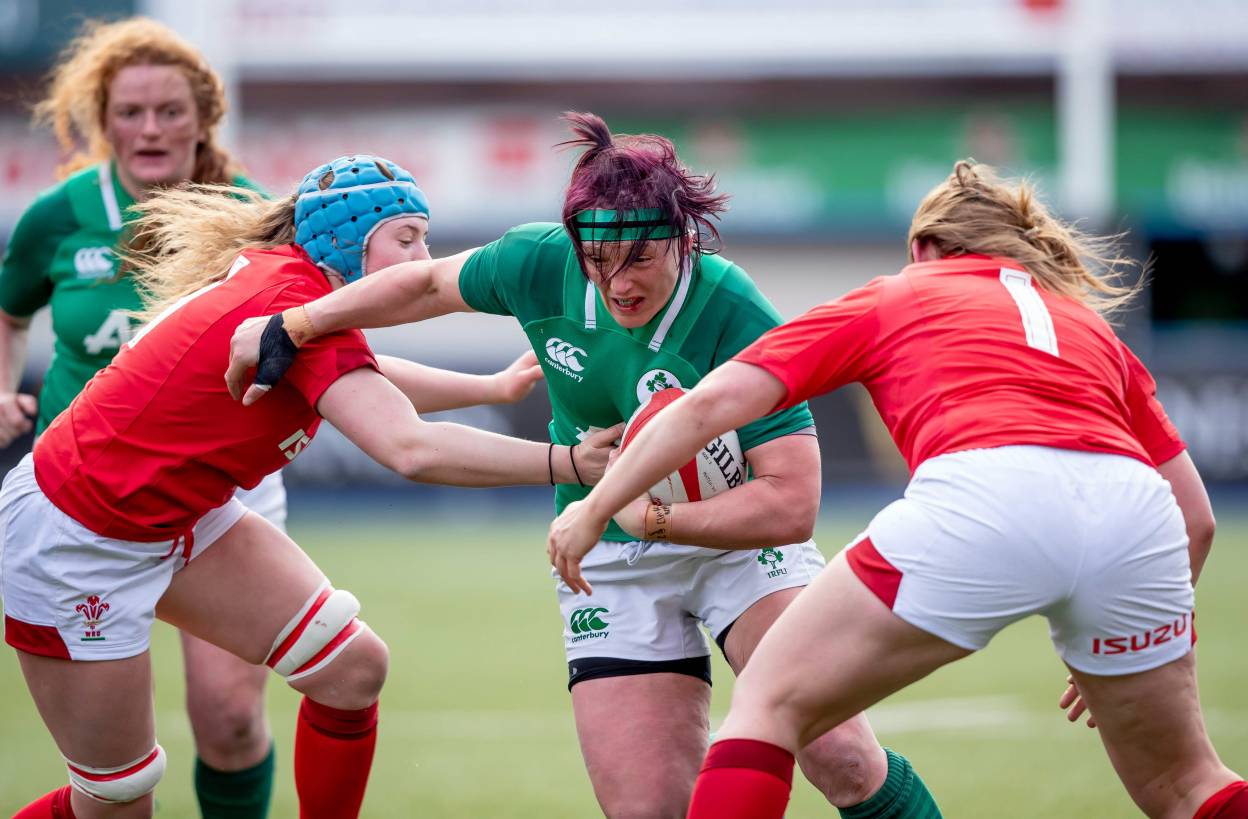 The Ireland Women’s squad have completed day 1 of their weekend training camp in Wales. We spoke to Lindsay Peat and Defence Coach Kieran Hallett at the WRU training centre in The Vale.

A 26 strong squad traveled to Wales for the weekend camp at the WRU High Performance Centre. The weekend will culminate with a training game against Women’s Six Nations rivals Wales on Sunday afternoon.

If I’m honest there are some nerves, the coaches will be using this game to look at different players and combinations and the new players that have come in are very positive additions to the squad.

Ireland kick off their championship campaign next weekend when they host Scotland at Energia Park. Last season saw two record crowds at the Donnybrook venue and with tickets selling well the girls in green are on course for more great support. Get your tickets now – click here to buy one adult ticket and get one half price.