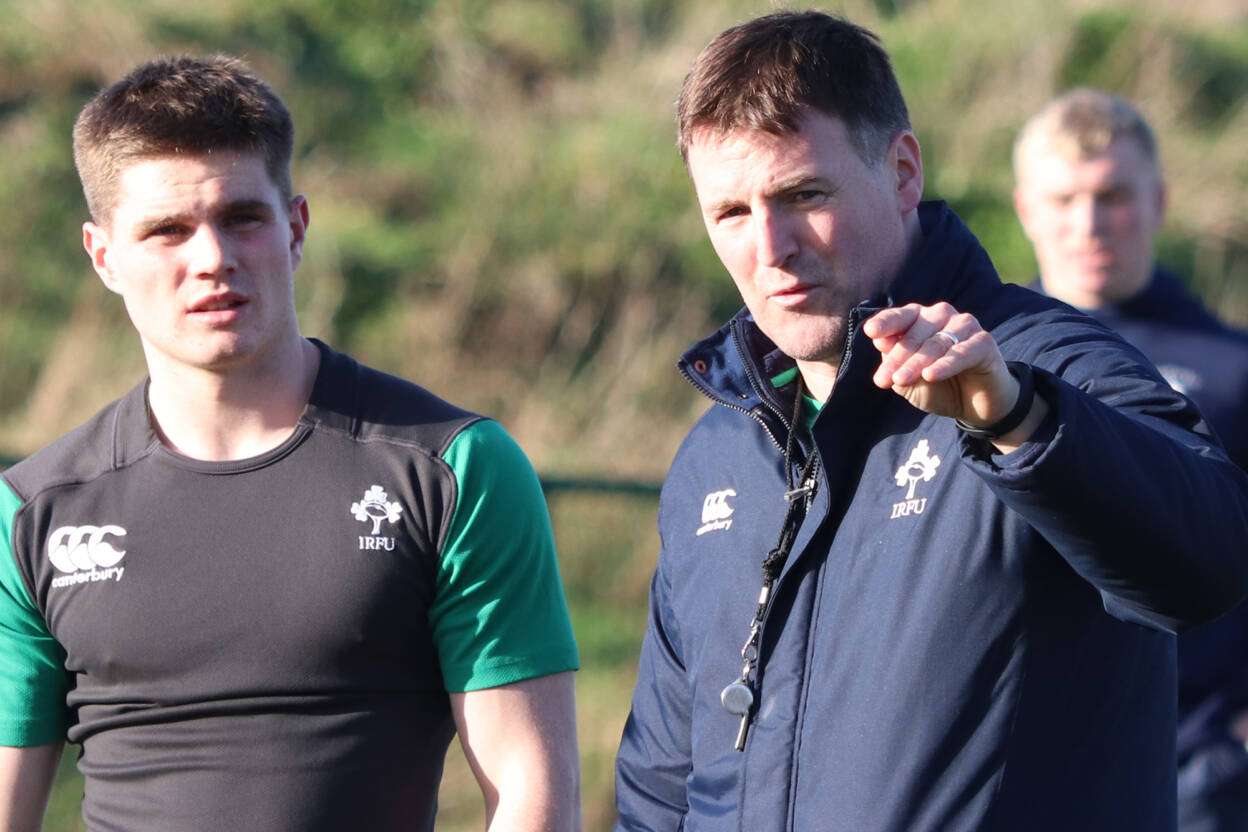 A number of players got their first taste of the setup including Bryan Fitzgerald and Dylan Murphy who both received a call up to the extended squad in the past week.

Dylan Murphy is a Cork Constitution prop who was included in Munster Rugby’s pre-season training squad and made his Munster A debut in 2019. Bryan Fitzgerald plays at centre with Garryowen and was among the try scorers yesterday as the club continued their rise up the table in Division 1A of the Energia All-Ireland League.

“They slotted in straight away,” Head Coach Gearoid Prendergast told Irish Rugby TV in the above video.. “Guys are getting to know each other very quickly but we’re starting to focus more now on what our back play is looking like, our attack shape and our defence.

“There’s a real focus on that game in three weeks’ time because the weeks are chopping down pretty quickly.”

With most of the squad were involved in Energia All-Ireland League at the weekend, there was a particular emphasis on load management.

“We’re trying to push the recovery side of it most importantly,” said S&C Coach Rob Cassidy.

“Even though they might have played less than 24 hours ago, they’re as fresh as possible coming into camp.  That means closely monitoring load management, getting players out to do extras when they need to and then cutting back on sessions when that needs to be done as well.”

The squad’s preparations return to the Irish Rugby High Performance Centre at the Sport Ireland Campus this weekend.