The IRFU Director of Sevens and Women's Rugby, Anthony Eddy, has said it would be a 'huge achievement' for the Ireland Men's Sevens squad to qualify for this summer's Olympic Games in Tokyo.

Having previously come close to earning a spot in the Japanese capital at a Rugby Europe qualifier in Colomiers in July 2019 – they finished third overall – Ireland will have a final shot at reaching the Olympics in this weekend’s World Rugby Sevens Repechage in Monaco (June 19-20).

This tournament was originally set to take place 12 months ago, before ultimately being delayed (like the Olympics themselves) due to the COVID-19 pandemic.

For a variety of reasons, the squad for this tournament only returned to competitive action in recent weeks. The International Rugby 7s at St George’s Park, England in May – where they faced Great Britain and the USA – ended a year-long hiatus for the Billy Dardis-led side.

Additionally, Great Britain once again provided the opposition two weekends ago as Ireland hosted the inaugural HPC International 7s. Their game time has otherwise been limited in advance of a crunch two-day event, but this isn’t a major concern for Eddy.

“We’ve been back for some time training and preparing. We had some false starts to a couple of different tournaments during the year. The playing squad committed some time ago to coming back and preparing for all the tournaments that we thought we were going to have. 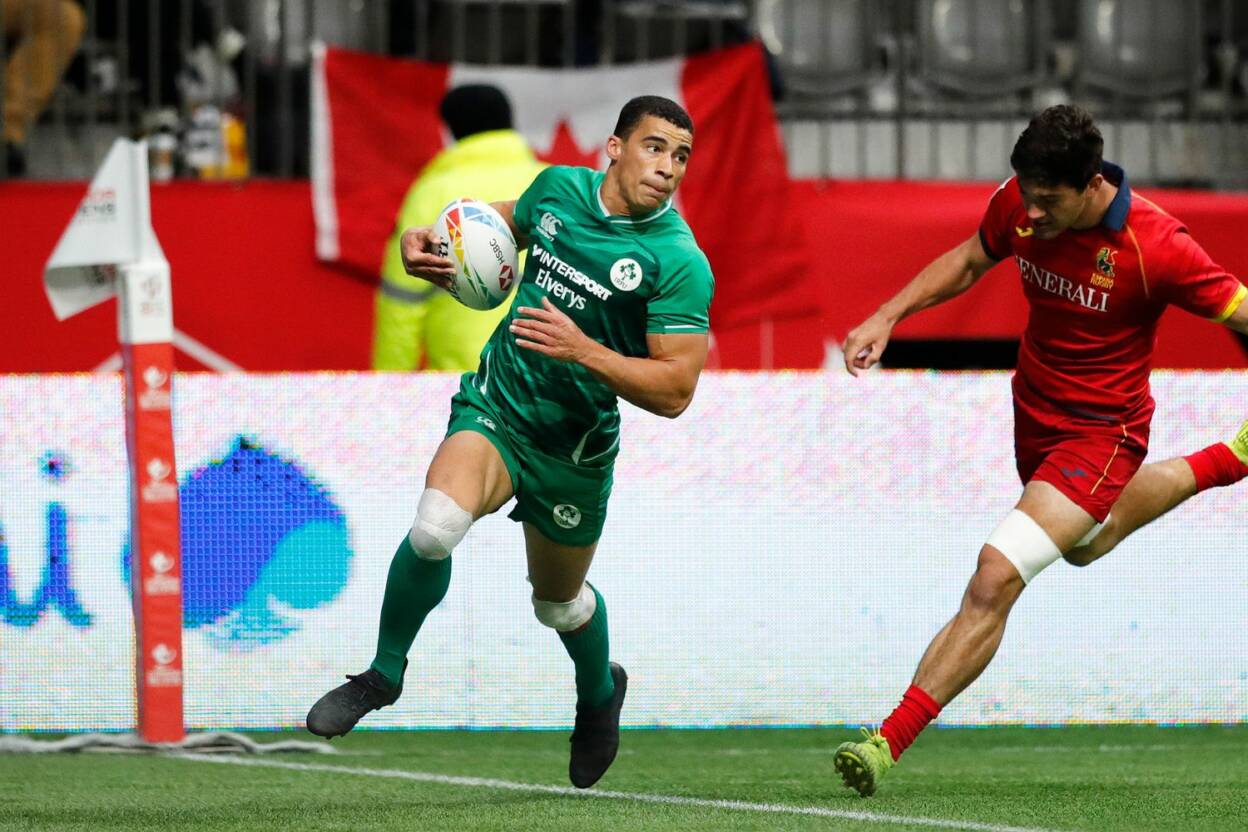 “The last couple of tournaments – the UK with Great Britain and the USA, and then the tournament that we just recently hosted ourselves – have been extremely valuable for us. Two teams that have already qualified for the Olympics. That has been great for us and has just been really good preparation.

“It would probably have been nice if we had a couple of other tournaments earlier in the season, but they weren’t to be. We played some internal games against each other as well. Considering everything, we’re as prepared as we can be.”

Having qualified for the World Series as a core nation in 2019, the next natural step on the ladder for the Ireland Men would be to reach the Olympic Games. In order to do so, they will have to progress as the outright winners of this tournament.

With Zimbabwe, Mexico, Tonga and Samoa forming the opposition in Pool A, advancing to the semi-final of the Repechage will be a difficult task in itself and Eddy acknowledged there are quality nations to be found on the other side of the draw as well.

“Obviously France are going to be tough competition. We know how successful they’ve been in the World Series in recent years. We played Hong Kong in Hong Kong to qualify for the World Series and that’s not an easy game either. Those sorts of teams are always going to provide a different challenge.”

Of the 14 players Eddy has selected for this Repechage, Harry McNulty is one name that sticks out above most others.  McNulty has been plying his trade in America’s Major League Rugby with LA Giltinis in recent months but returned to the programme last month.

“We approached him and we also approached the club in LA and they were happy to release Harry, which is fantastic and very nice of them to do,” Eddy explained. “Not everybody gets an opportunity to represent their country and become an Olympian.

“It’s just something that the club looked on as being favourable for Harry. He has been released to us and hopefully he gets what he deserves, and that’s representing his country at the Olympics.”