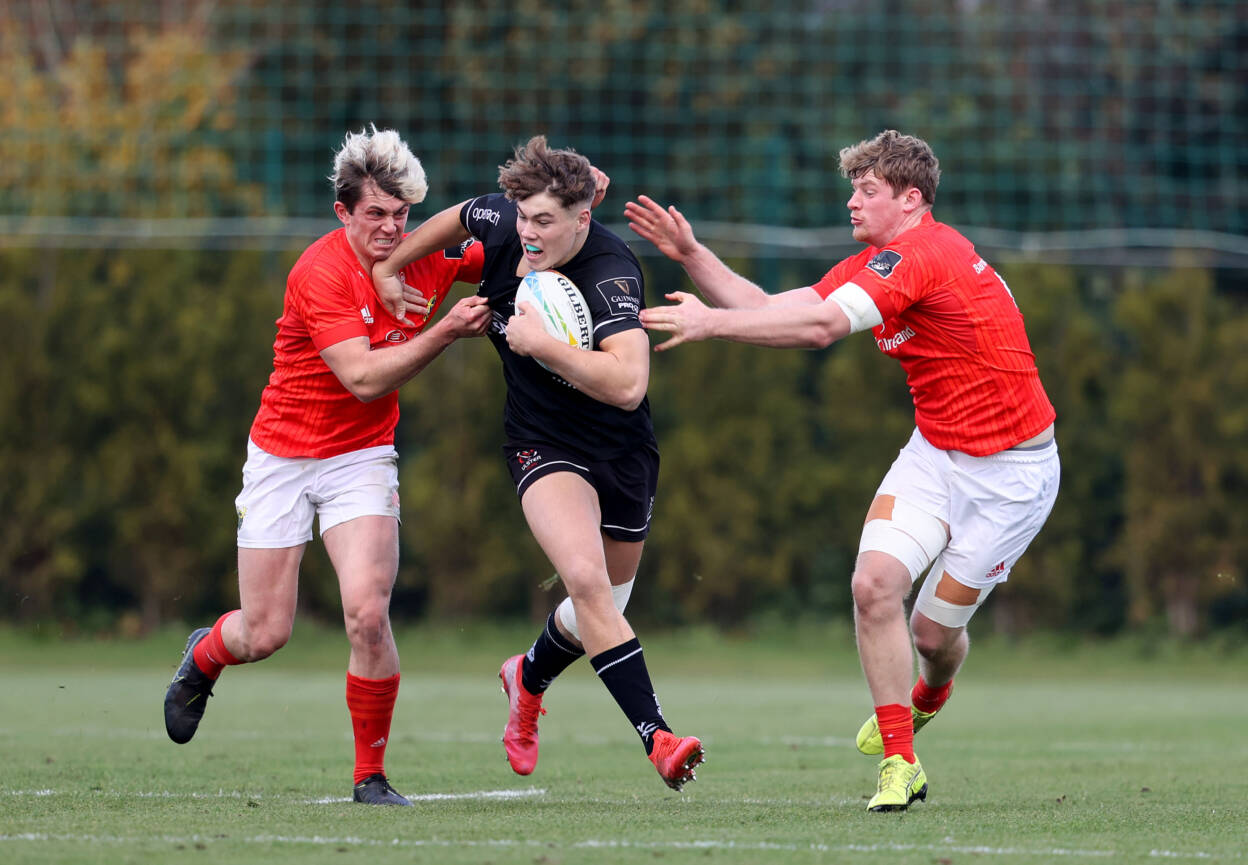 The inaugural IRFU Academy 7s Series was designed to give players from around the country the opportunity to boost game-time and sharpen match intensity despite the obvious disruption to the rugby season caused by the global pandemic – but as the third and final Round of action concluded on Saturday, the new tournament had developed into so much more for our young players.

Ireland Men’s Sevens, Ulster, Leinster, Munster and Connacht had battled hard against each other in a competitive match day environment at the IRFU High Performance Centre over the course of three rounds, getting back out on the pitch after a difficult couple of months. But, simply, the benefits extended way beyond the number of match minutes clocked up.

For the National Sevens, Senior, Academy and National Talent Squad players involved throughout the course of the Academy 7s, this was an outlet. An opportunity to get back to what they love best, to see familiar faces, to catch up with old team-mates from underage and provincial squads and to re-connect with those they hadn’t see since the world was turned upside down in March.

Ulster’s Greg Jones, Aaron O’Sullivan of the Ireland Sevens and Munster’s Jake Flannery explain why it was so important for them to get back on the pitch.