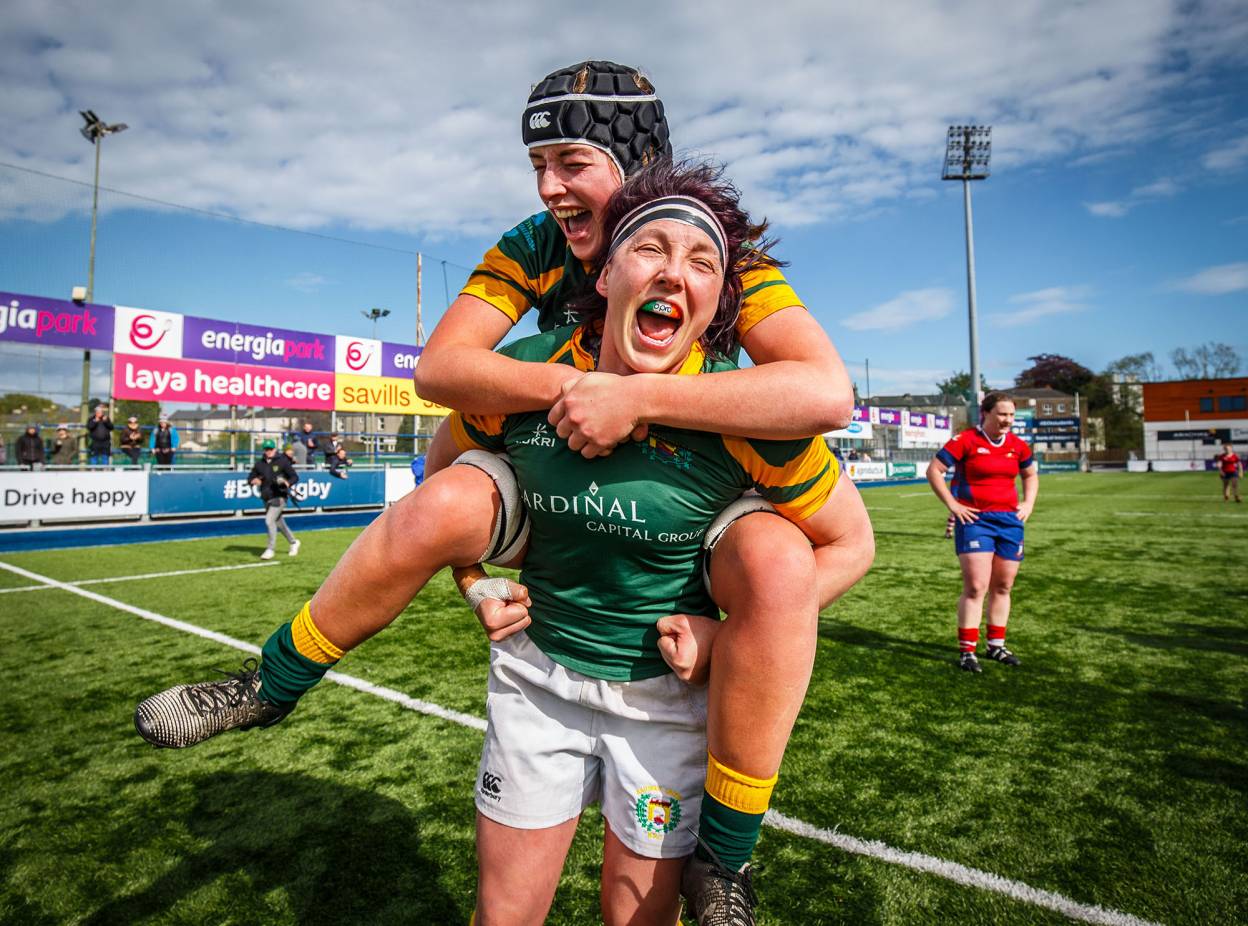 Railway Union are celebrating their first ever Women’s All-Ireland League title after coming from behind to beat UL Bohemians 13-8 at Energia Park. It was a tense affair with last year’s champions UL opening up an 8-0 lead, but Railway fought back with an unconverted Shirley Corcoran score before half-time.

The table-topping Red Robins, who won the Women’s All-Ireland Cup last month, were kept scoreless in the second half and hampered by the sin-binnings of Fiona Reidy and Eimear Considine. In the end,speedy winger Stephanie Carroll scored via a Daisy Earle break to earn a memorable win for the Dubliners.

You can watch highlights below or the game in full here. For a full match report, click here.