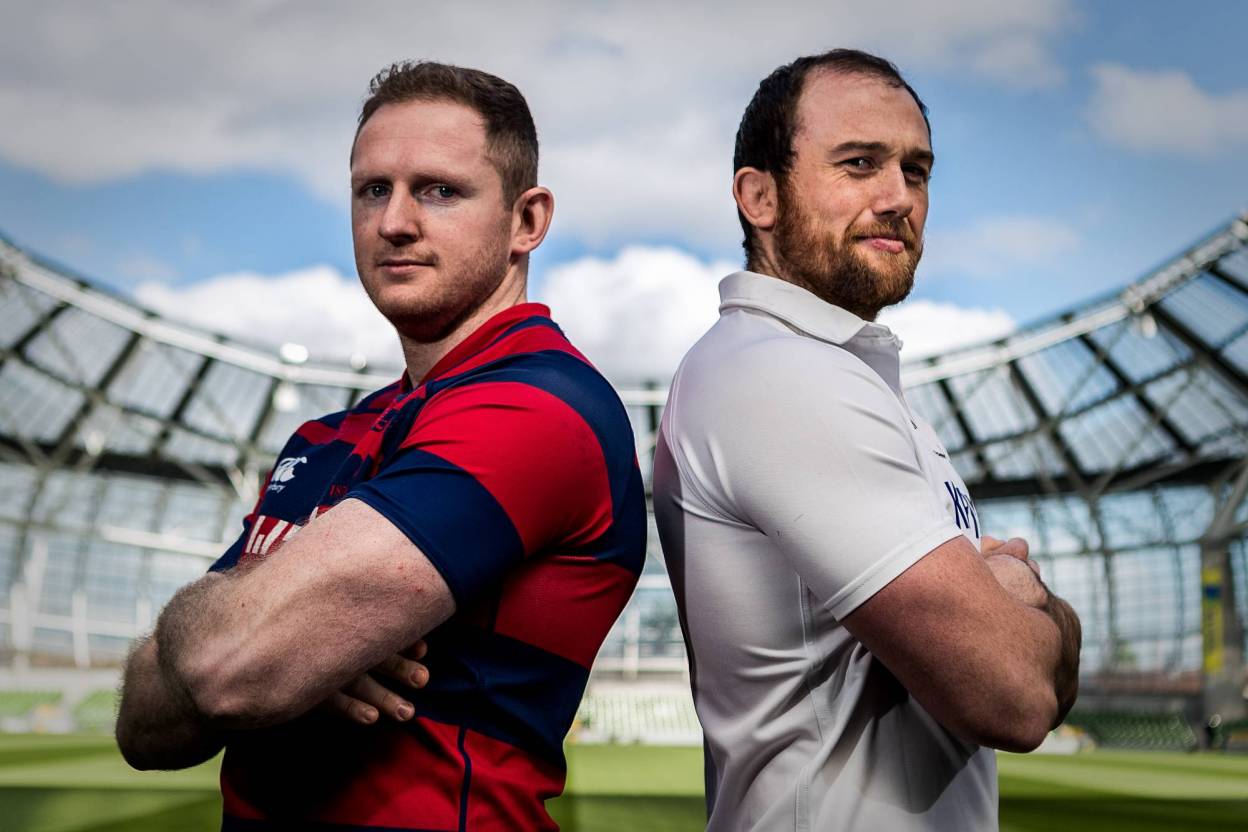 Players and coaches from Cork Constitution and Clontarf were in attendance at the media day in the Aviva Stadium ahead of Sunday’s All-Ireland League Division 1A final – the third between the two clubs in four years.

Cork Con topped the table with 15 regular season wins, which included 12 try-scoring bonus points along the way. They duly dispatched a spirited Dublin University side 23-3 in last Sunday’s semi-final at Temple Hill to book their place in their fourth final in as many years.

Clontarf finished second in the league standings with 13 wins in 18 games, and dethroned defending champions Lansdowne with a 23-15 semi-final victory at Castle Avenue. Andy Wood’s men now face the table toppers in the third part of this intriguing Dublin v Cork final match-up.

This week here on IrishRugby.ie we will be taking a look back at the 2016 and 2017 finals between the two clubs, and we’ll hear from players and coaches in the build-up to the league’s showpiece game of the season.

Tickets are on sale from Ticketmaster.ie at 10 euro for adults and free for children when purchased with an adult ticket – click here to buy now. The game will be live on RTÉ 2 with coverage starting at 2.45pm.