2014 and 2016 winners Clontarf proved too strong for defending All-Ireland League champions Lansdowne as they deservedly clinched their place in next Sunday’s Division 1A final after a hard-fought 23-15 victory at a windy Castle Avenue.

Andy Wood’s men, who will meet table toppers Cork Constitution in the showpiece decider, established a commanding 18-0 half-time lead with the aid of a near gale-force wind. When winger Michael Courtney grabbed a 48th-minute try against the elements, it was a 20-point game which was simply too big a gap for a gallant Lansdowne side to bridge.

Clontarf had impressively come out on top, 36-8, when the sides met on the Aviva Stadium’s back pitch a fortnight ago, and with the wind at their backs yesterday, they were quickly on the front foot in the difficult conditions. 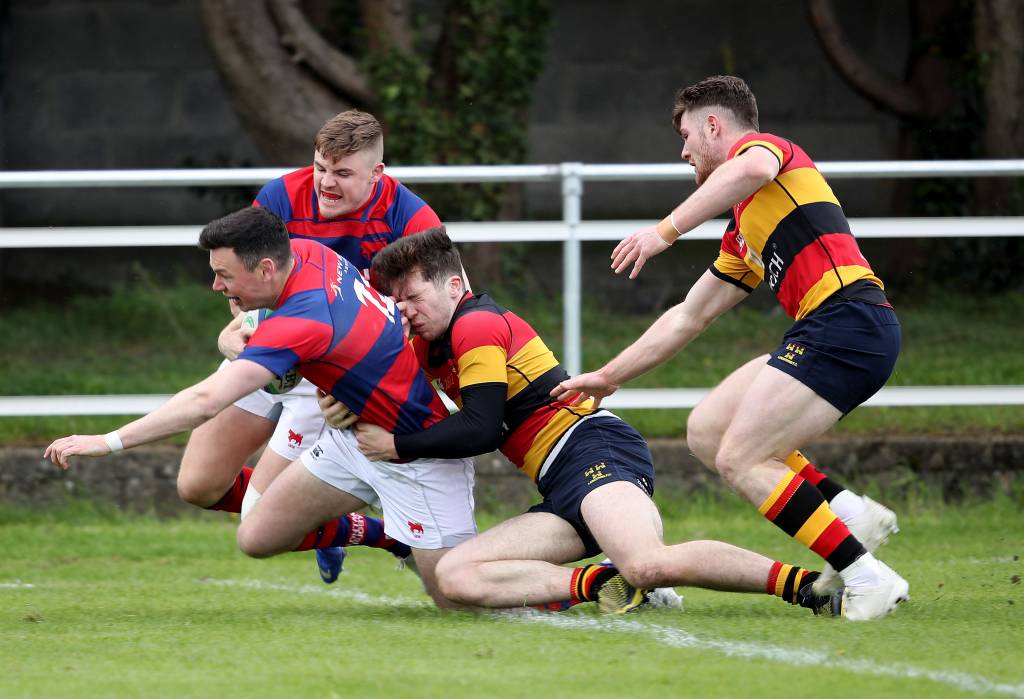 Tullamore man David Joyce’s half-break after nine minutes brought play close to the 22 and when the north Dubliners recycled the ball, their talismanic centre Matt D’Arcy showed good strength to fend off the cover and touch down for his ninth try of the league campaign. Joyce failed to convert from wide on the right but ‘Tarf did not have long to wait to extend their lead.

There was a hint of a forward pass as D’Arcy’s centre partner Sean O’Brien received the ball on the Lansdowne 10-metre line, but the Mullingar youngster accelerated clear of the chasers and dotted down close to the posts to allow out-half Joyce add the extras for a sudden 12-0 scoreline.

Wood’s charges were making good use of the wind but they were restricted to just two penalty goals during the second quarter as Lansdowne defended stoutly. Joyce split the posts from 35 metres out in the 23rd minute, and he added another three minutes before the interval after a strong drive by number 8 and captain Michael Noone. 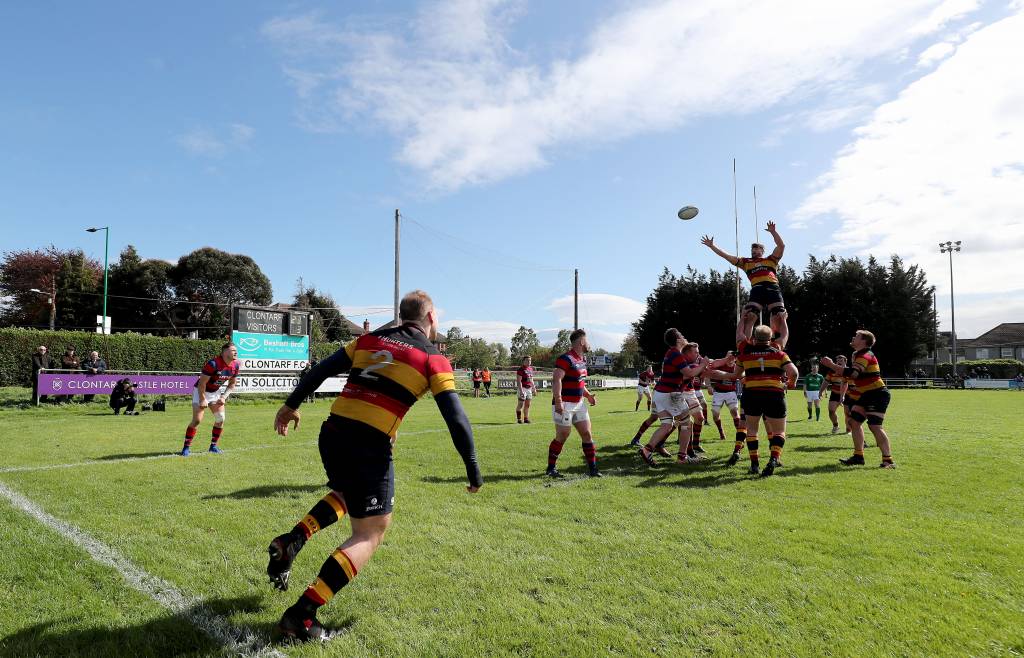 Coaches Mike Ruddock and Mark McHugh rallied their troops at the break and the Lansdowne responded with out-half Scott Deasy duly obliging with a 45th minute penalty. However, Courtney struck just three minutes later after a fine handling move by the Clontarf backs. Even with Joyce missing the difficult conversion, the headquarters club now had a mountain to climb.

Lansdowne, who had retained the Leinster Senior Cup against Trinity last week, did dominate territory for long spells in the second half. With try scorer D’Arcy’s twin brother, flanker Adrian, in the sin-bin, winger Daniel McEvoy finally got over for the visitors’ opening try with 14 minutes remaining. 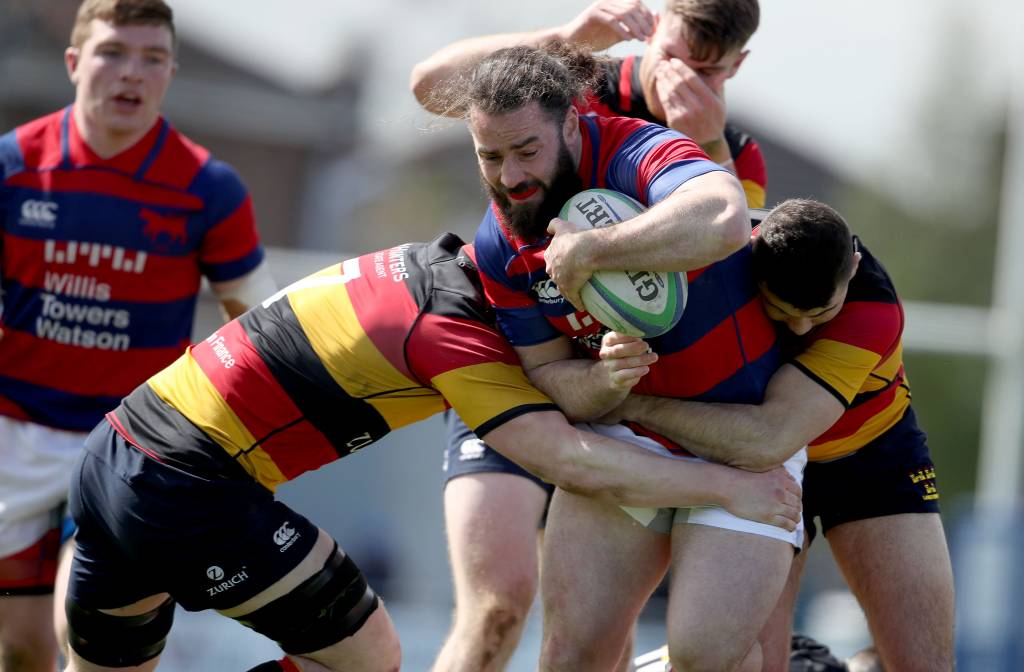 Experienced number 10 Deasy failed to convert and although Clontarf prop Ivan Soroka saw yellow late on, a 77th-minute penalty try for repeated ruck infringements proved to be a mere consolation for the Eamonn Mills-led Lansdowne team who could have no complaints about the final outcome.

“It was great to get the win. It’s been boiling up for the last few weeks so we’re delighted to get the result against a very strong Lansdowne side,” said Sean O’Brien, whose older brother, Leinster centre Conor, played in three league finals for Clontarf and picked up a winner’s medal in 2016.

“It was huge for us to build a score by half-time because it was a really strong wind, so 18 points was a nice buffer. We knew it would be a lot harder to exit in the second half. It was just about not rushing our exits and playing the way we have been playing, just keeping the ball.”