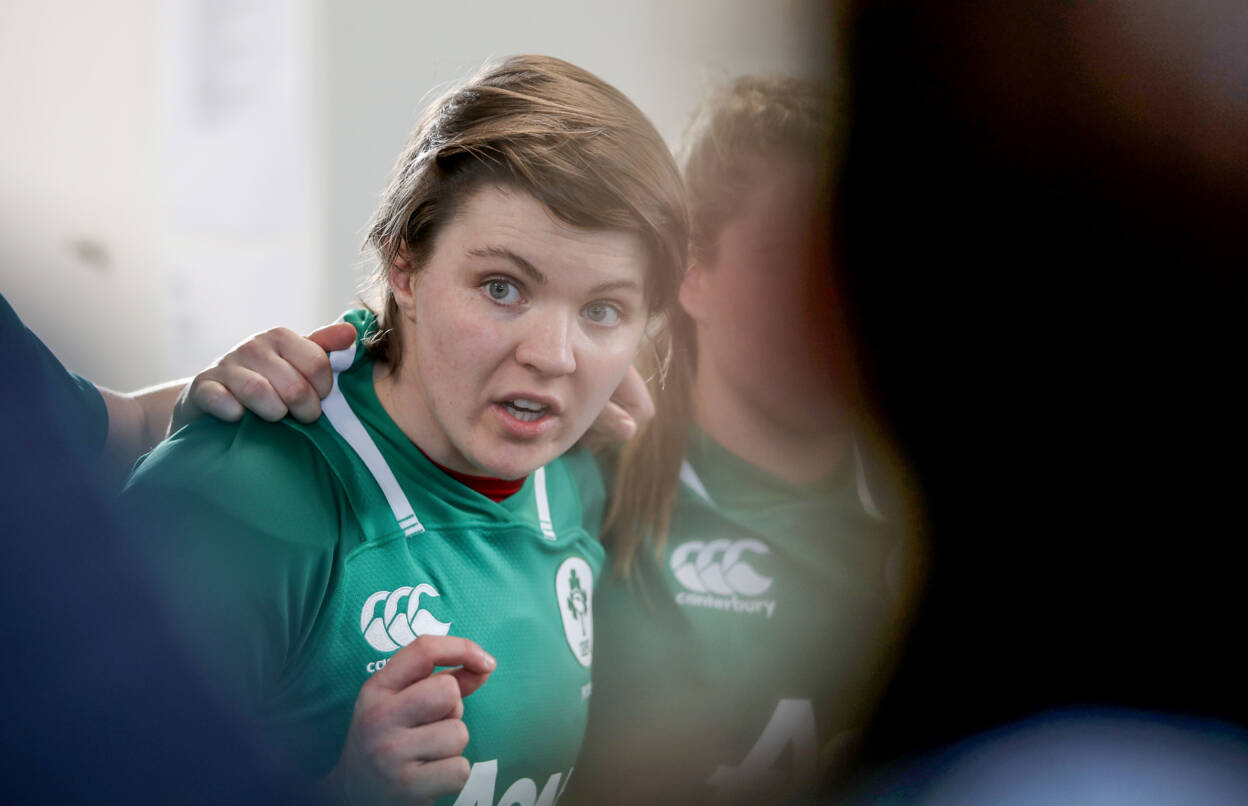 The IRFU Spark Sessions enter Week 2 this evening. The series is an online player development programme for women in rugby.

Over 200 players are participating in the free programme and receiving access to expertise, practical advice and insights into what success looks like in high performance environments.

The programme is designed for current players over the age of 18 with ambitions of playing representative rugby.

A small excerpt is available below where Ireland Captain Ciara Griffin talks about her transition from underage to senior representative rugby and the support she received.

“The IRFU player pathway relies on a strong base to grow the women’s game and the ability of players to step up from club level. We want to support emerging talent and are constantly looking at new ways to give players access to player development programmes and performance environments.

This series is well timed for the start of the season and we’re looking forward to connecting the more ambitious of our player base in a relevant and meaningful way.”

Ireland international Sene Naoupu was central to the genesis of the progamme.

“I’m delighted to see this programme become a reality,” she said. “There are so many players in clubs with ambition and drive who want to maximise their potential. Some may have played representative rugby at underage with their province or are establishing themselves as players with genuine ability in the Energia Women’s All-Ireland League.

“This programme will give them access to players who are further down the road on their rugby journey and hopefully provide the spark they need to help them take the same steps.”

Due to high demand, this event is now fully subscribed.