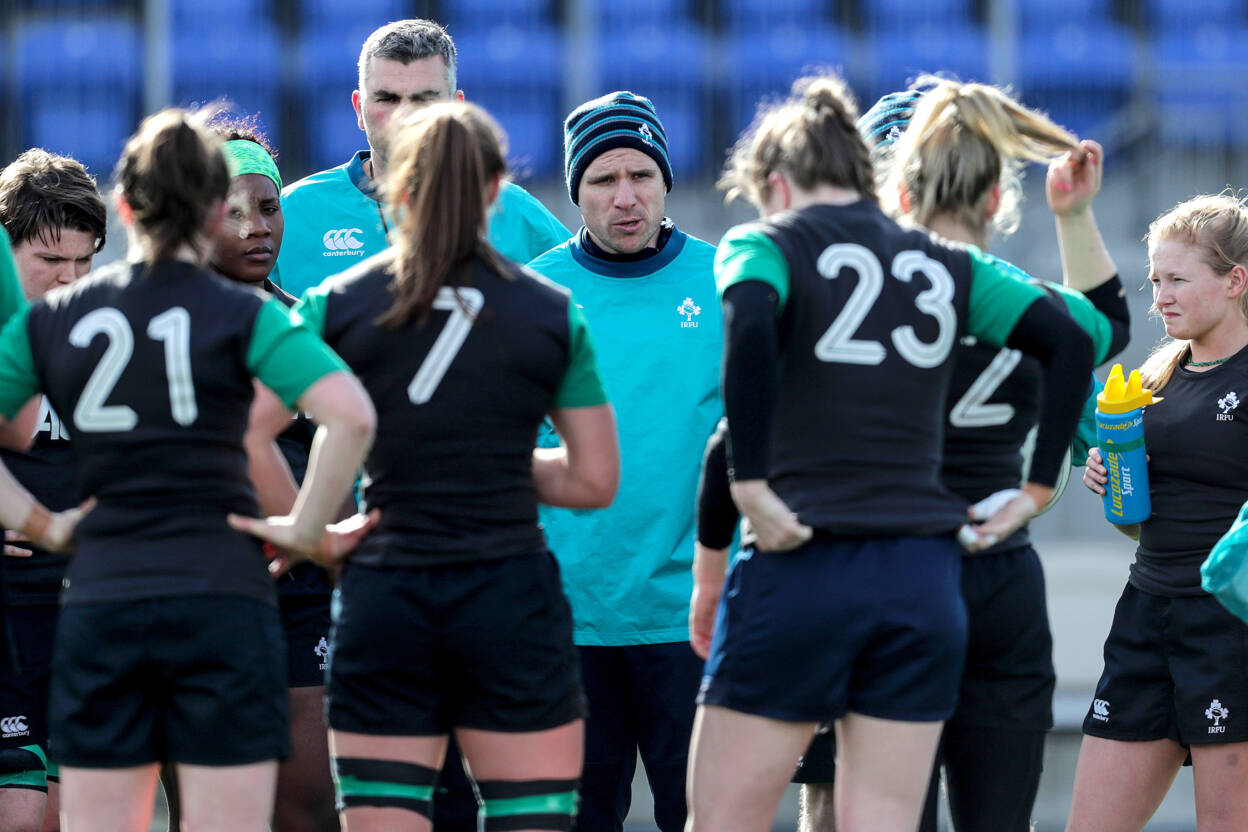 Ireland Women’s head coach Adam Griggs has been reflecting on a successful training camp in Scotland over the October Bank Holiday weekend.

“It’s a really good thing for them even just to boost the confidence,” said Griggs. “There were certainly some nerves going around in the last couple of days.

“Once they got on the field, they realised it is just another game of rugby – albeit a higher intensity and a little bit quicker. We were really happy with them and once we go back and have a look at some of the footage, I’m sure they’ll be please with some of their input.”

It is a busy time for the squad as they train overseas in camp and prepare for their upcoming Test match against Wales at the UCD Bowl on Sunday, November 10 (kick-off 1pm). Tickets are available here.

The squad fly out again this week for a training week at France’s Centre National du Rugby in Marcoussis, where their workload includes opposed training against the French national side.

The live-in nature of the camps is of particular value to Griggs, who told Irish Rugby TV:

It gives us a chance to get some more information in them, and when you’re staying together overnight, it just gives you that extra detail that you can you can cover.

“Everything’s building really nicely. It’s just making sure we progress each camp that we’re in and we use the time as much as we can before we test ourselves against Wales.”