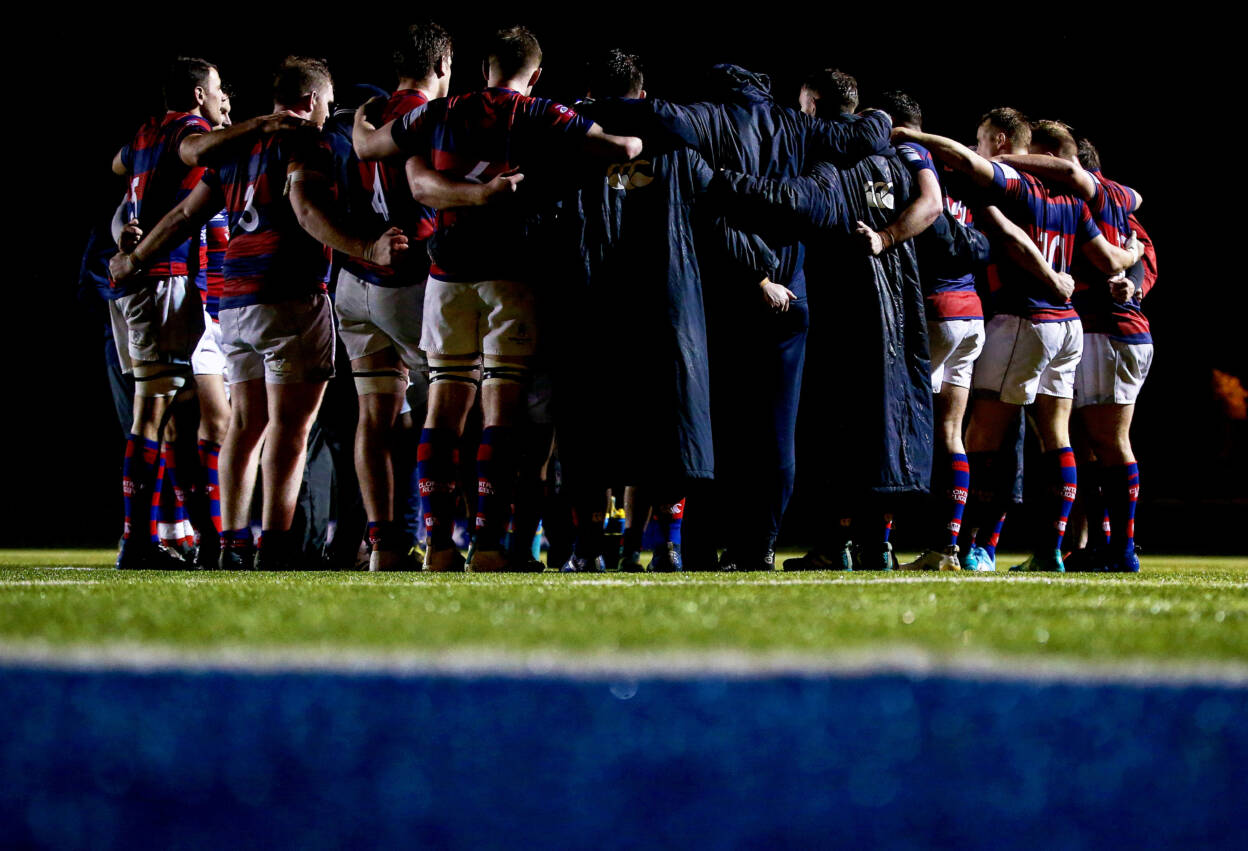 Rugby teams at all levels talk about ‘blocks’ these days and the Energia All-Ireland League is no different. The first half of the regular season is divided into three blocks. Each block sees teams play three weekends in a row followed by a weekend’s ‘break’.

Clontarf lie sixth in Energia All-Ireland League Division 1A after the first block with one win from three. So what does their ‘break’ look like? Head coach Andy Wood explains:

The boys had a chance to unwind after the Friday night game and there would be a formal review but that Tuesday is typically a fun session. Thursday is back into ‘game mode’ because the seconds will have a game that Sunday.

“Then we’re back into AIL mode for the next Tuesday and Thursday. That’s how we try and dovetail it – just mix it up slightly while still getting the rugby element through the training. And obviously during that you want to be doing a bit of preview.”

There are two similar game blocks in the second half of the season, but the overall structure demonstrates how important it is to be ready for the start of the season and getting points on the board in the early rounds.

Terenure College and UCC were the two bottom sides after the first three games of the 2018/19 season. The threat of relegation loomed over both for the entire campaign with Terenure getting out of jail in the final round and UCC forced to endure a play-off.

Both sides look determined to avoid the same fate in 2020. They are the only unbeaten teams currently in Division 1A alongside champions Cork Constitution.

Wood knew his side were heading to the Mardyke in Cork on November 2, but he may not have expected to be facing the current table toppers this Saturday afternoon.

UCC currently lead the stats on both offence and defence, and Wood’s Friday night game was a defeat to Terenure so his ‘bit of preview’ might be more intense than usual.

“UCC have done extremely well and started with all guns blazing,” he told Irish Rugby TV in the above video. “Sean Skehan is with Terenure and Brian Walsh is down in UCC and the calibre of coaching and the calibre of players in those squads – they’re getting a lot of resources and you’re getting some seriously good games of rugby as well.

“It makes for a really competitive league. That’s what everyone wants. At the end of the day, everybody wants to be winning every game as well, but that’s the challenge as a squad and as a team.”