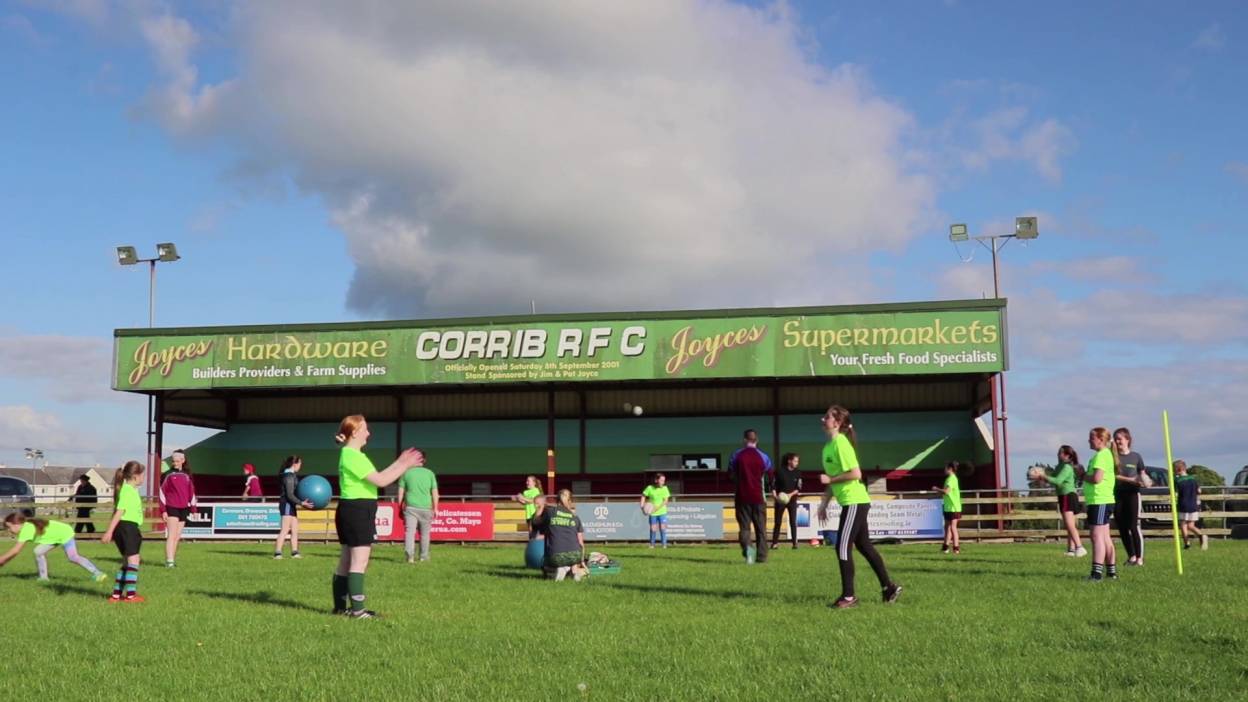 Over 65 clubs are reporting another successful season of the ‘Give It A Try’ programme – an IRFU initiative giving girls aged 10-14 the chance to play rugby for the first time in a fun environment.

Corrib RFC are one such club, with 50 girls getting their first taste of rugby in Headford, Co. Galway over the past eight weeks. The success of the programme means the club can add two new teams to its playing community in the autumn.

Irish Rugby TV visited the club to find out how they made such a success of ‘Give It A Try’ and you can see the results in the above video. The club field minis, underage and adult teams but have lacked a Girls team and a Women’s team in recent years.

“We used to have a Women’s team over 20 years ago,” explains Corrib’s ‘Give It A Try’ co-ordinator Jacinta Sweeney. “That died away when people went to work and college.

“We were seeing that the numbers were there for the girls at school blitzes, but we only had four girls involved in the minis and those girls were all related to coaches in some way shape or form. We knew the girls were there, but we just couldn’t understand why they weren’t coming to training with the minis.”

It is a story that will be familiar to clubs across the country – the cyclical nature of teams and the challenge of meeting the needs of their community. Corrib’s solution was to embrace the ‘Give It A Try’ programme, but there was much preparation to be done across four key areas:

The first step was to research a potential player base for girls aged 10-14. It started with their own minis section to see where current members attended school, but soon branched out to any local school which had taken part in a blitz or had the potential for recruitment.

They landed on a final number of 18 primary schools. With the research done, the recruitment drive could start. Face-to-face marketing is the most powerful way to recruit and that is where they started.

“We made a list of the schools. Our secretary got us all the contact details. Stephen Kelly reached out to them, made an appointment and got to all the schools on different days,” added Jacinta.

Notice of the programme was given out over the intercom in the local secondary school and posters went out across local villages and towns. Facebook and the club’s website were also used while inclusion in the local parish newsletters proved particularly effective.

The word was out there, so finalised plans to properly resource the programme were put in place. Jacinta and Stephen were the first volunteers to step up, but they soon had the support of minis coaches within the club and parents came forward to lend a hand in boots-on and boots-off roles.

“Once other coaches heard we were doing it, everybody was on board then. Almost all of the mini coaches said I’m up for it – I’ll give you a hand if you need anything.

“Some of the mams and dads that were involved stepped on board to help too. We’ve help everywhere from the kitchen all the way out to the field. Having that kind of help is what made it a success for us.”

Kieran Cooney was one of the club coaches who volunteered. He said:

To be sustainable, it has to encompass all of us. It has to be everyone looking out for each other. That’s on the pitch and off the pitch working together.”

Mondays at 7pm and a May 13 kick-off was agreed. 52 children registered, and 50 children turned up. Now it was about encouraging them to stick with it. Enjoyment was central to retention.

“It’s not school,” said Kieran. “They’re coming here for a bit of fun as well, but we need to get the information across to them and layer it up. We need them to understand the fundamental aspects of the game.”

All ‘Give It A Try’ co-ordinators attend a provincial workshop and are given detailed session plans to work from. Corrib followed these but also knew when to mix it up. Having enough coaches and helpers on the field made that a lot easier.

“It’s all about fun,” according to Jacinta, who says the contact element was a big part of the fun for this bunch. “They’re having the craic and then they’d tell their friends. It becomes a meeting place for them – especially the older girls. Most of the time, they were just laughing.”

A big importance was placed on the welcome each new girl would receive. All players were brought into a group at the start of the session to get involved in some simple passing practice.

“When we started, all we were doing was throwing balls backward and forward. But we were throwing balls. That was the important part,” said Kieran. “It didn’t matter where it was going at that stage. Eight weeks later – because they’ve kept coming back – we’ve been able to work with them and develop them.

So 50 girls tried rugby for the first time. They learned the skills and had fun along the way. They even got ice-cream at the end of the final session. Mission accomplished. 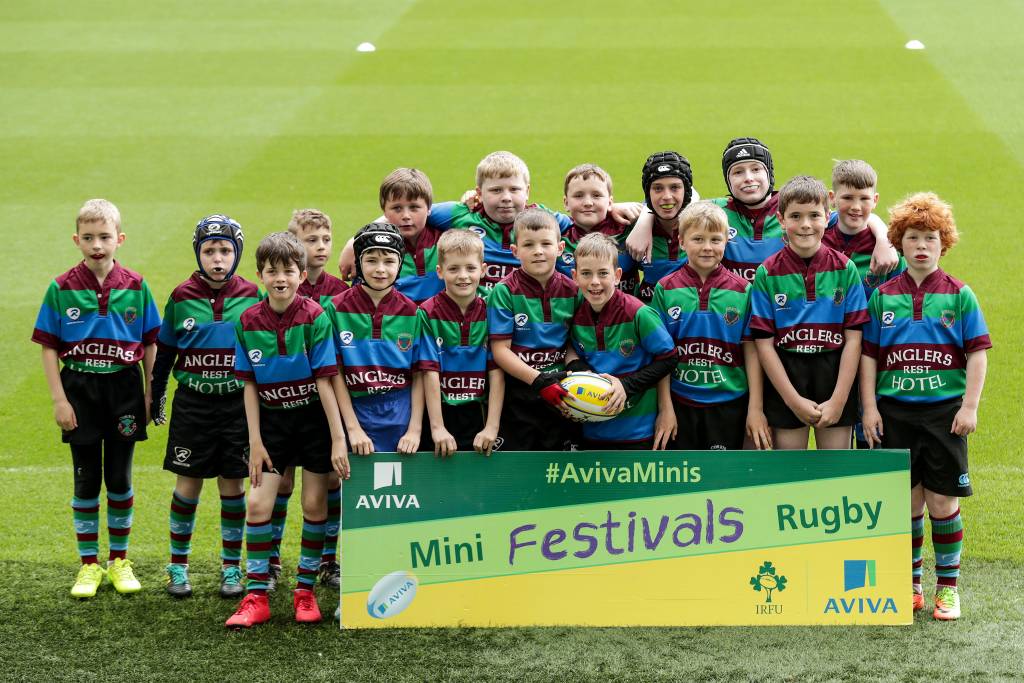 Corrib have realistic plans to convert the new-found interest into two new age-grade teams for the club. The WhatsApp group set up to inform parents about training and blitzes for ‘Give It A Try’ can now be used to inform them about plans for the new teams.

“Now parents are coming to us and want to bring their daughters and they want to help out,” said Jacinta. “They’re not coaches yet, but they’ve driven it on as much as we have. The numbers are there. The interest is there. They’ve been a long time without it.”

The following clubs completed the IRFU’s ‘Give It A Try’ programme in the summer of 2019: