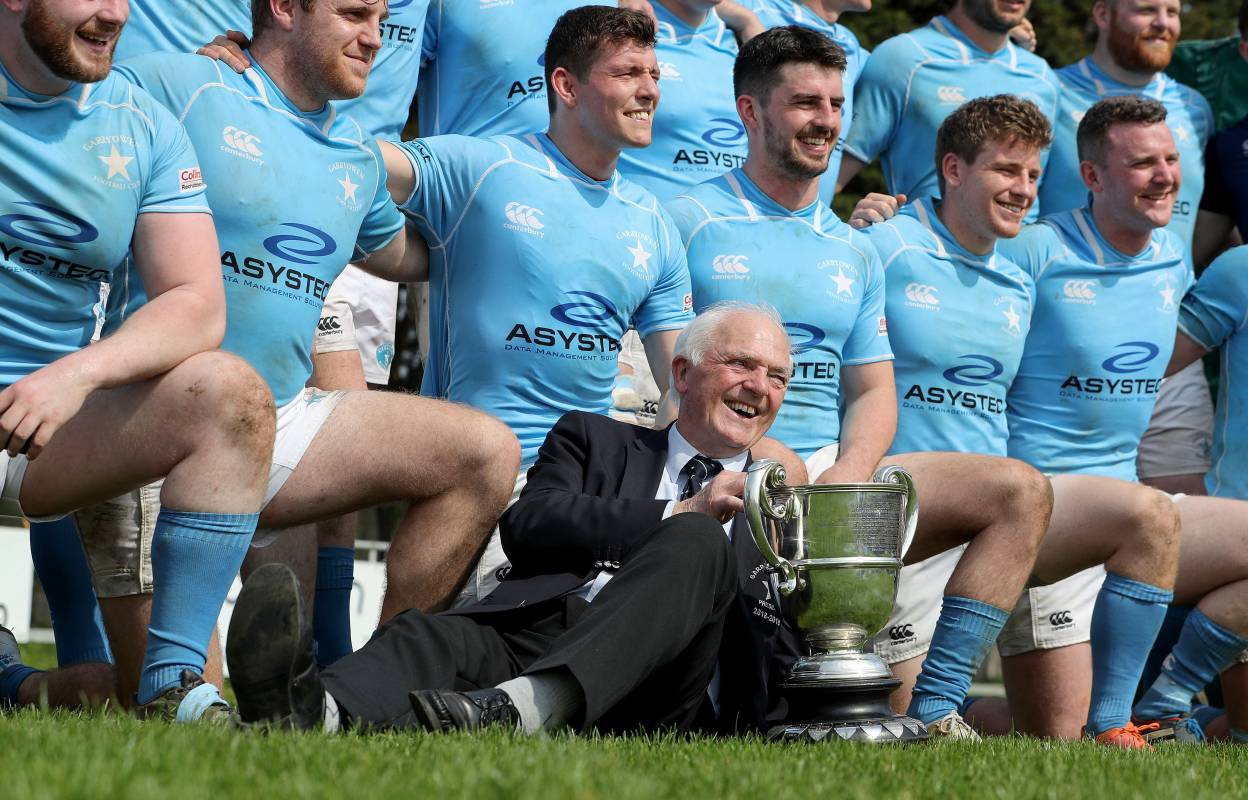 Brothers Neil and Liam Cronin had a big hand in Garryowen’s 45-21 Bateman Cup final win over City of Armagh, scoring three tries between them to make sure the trophy is on its way to Dooradoyle for the first time in seven years.

The Light Blues’ victorious head coach Conan Doyle was club captain when they won the historic All-Ireland Cup competition back in 2012. Today’s decider at a sun-splashed Templeville Road saw their forwards get on top and they were clinical with their scoring chances, registering six converted tries with teenage out-half Ben Healy kicking 13 points.

Leinster and Ireland star Sean Cronin’s two younger brothers helped Garryowen push on in the second half having led 24-7 at the break. Scrum half Neil crossed in the 47th minute and hooker Liam went on to notch a brace of tries, a feat he enjoyed reminding his Munster-capped sibling about when they spoke to Irish Rugby TV afterwards.

Neil, who was Garryowen’s captain last season and the Division 1A Player of the Year, said: “Look, I suppose there was a lot of people scoring tries out there. It’s team effort. Just because I got over…but I suppose I have to give it to the forwards to do all the donkey work in front of me before I could get over the line.”

Speaking about the game and its high-tempo, all-action style, Liam commented: “It was very fast-paced for a Bateman Cup final. I thought Armagh came out all guns blazing. From minute 1 to 80, they wanted to play rugby and that’s what made the final exciting.”

Neil added: “It’s a massive thing to win, an All-Ireland, and everybody wants to be a part of that. And everybody is a part of that. Just because there’s 15 on the field, it doesn’t make it just those guys. There’s a lot more going on behind the scenes that makes this possible for everyone here.”

The nine-try clash, which was a great advertisement for All-Ireland rugby, was broadcast live on RTÉ 2 and is available to watch on the RTÉ Player.

#BatemanCup@GarryowenFC Head coach Conan Doyle on his side’s first Bateman Cup success since 2012 after a 45-21 win over City of Armagh. #AIL pic.twitter.com/1adirr39vl