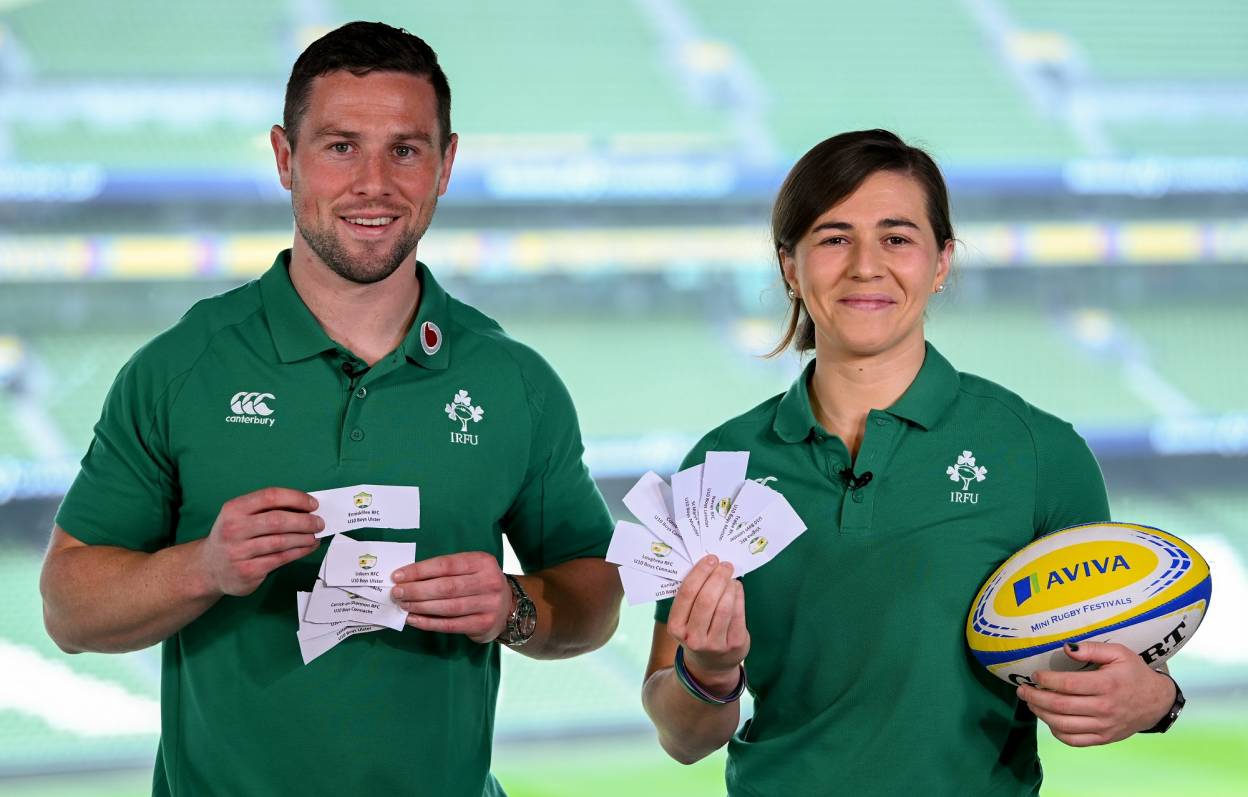 The 20 teams that will participate in the Aviva Mini Rugby National Festival at the Aviva Stadium on Sunday, May 19 have been drawn by Ireland internationals John Cooney and Katie Fitzhenry.

Together with presenter Nathaniel Cope, John and Katie conducted the eagerly-awaited festival draw at IRFU HQ. The dreams of 20 teams of Under-10 boys and Under-12 girls will come true as they line out in the same stadium as their rugby heroes next month. 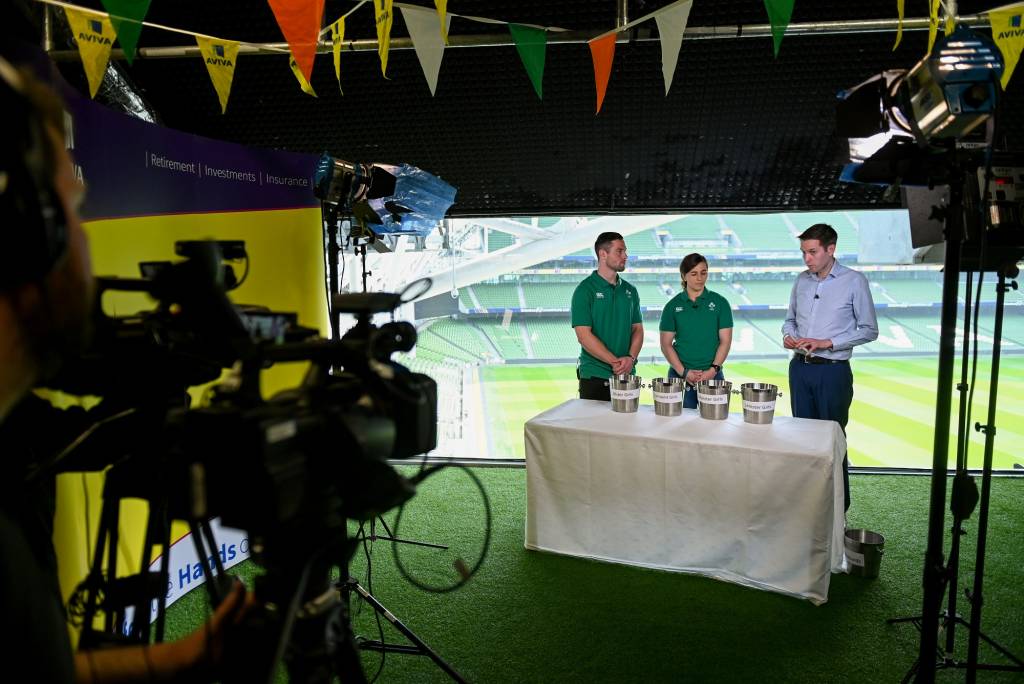