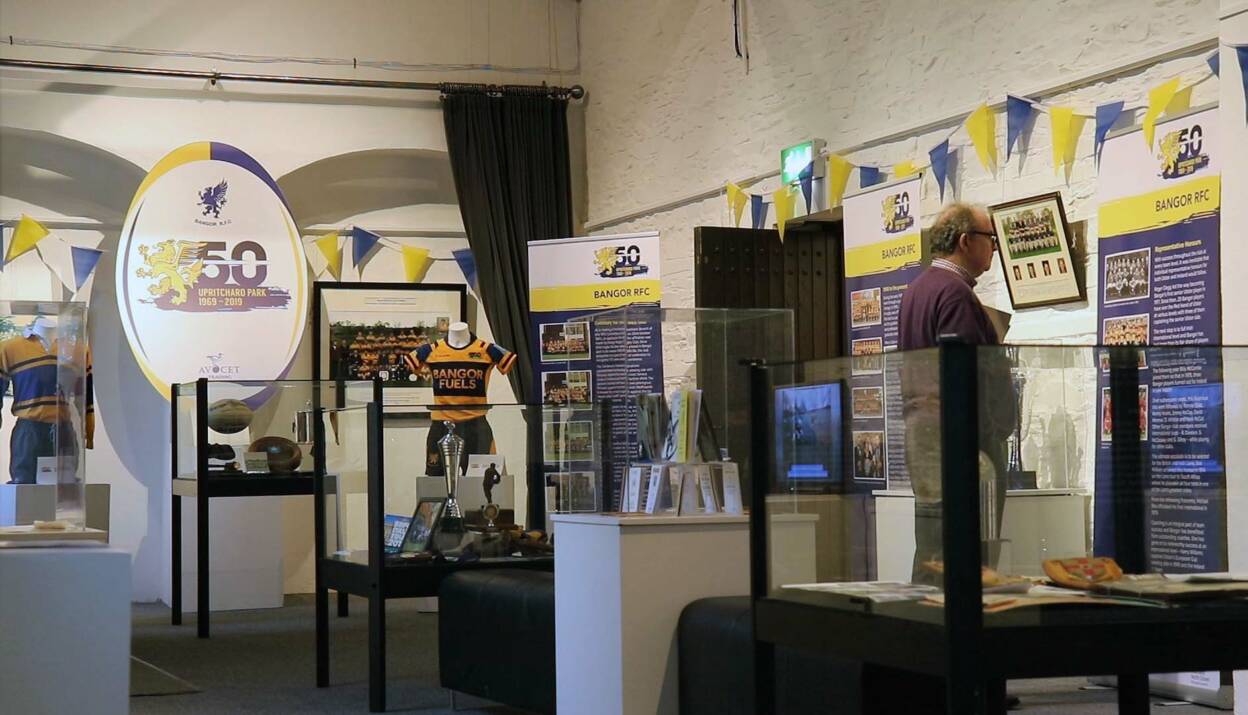 Bangor RFC are celebrating 50 years of life in Upritchard Park by bringing their history to the wider community.

The club staged a special exhibition in the Long Gallery at North Down Museum and in doing so have put their story in the public eye in a meaningful way.

The exhibition features a host of memorabilia to document their journey (visible in the above video) and a series of information boards that spell out the development of the club at all levels.

Central to the installation is a video feature that tells Bangor RFC’s story in the voices of the people who have helped to make it happen.

“In the summer of 1966, a new blueprint for a Bangor Rugby Club was drawn up. A massive fundraising appeal, the generosity of the people of Bangor, the procurement of substantial grant aid, and a lot of hard work brought this vision to reality.

Eleven acres of ground were purchased at the Primacy on the southern outskirts of Bangor and site work began in the summer of 1968. Upritchard Park, named in honour of Joe Upritchard, was officially opened in September 1969.

This exhibition explores the long history of the club and celebrates its bright future.” Source: NorthDownMuseum.Com