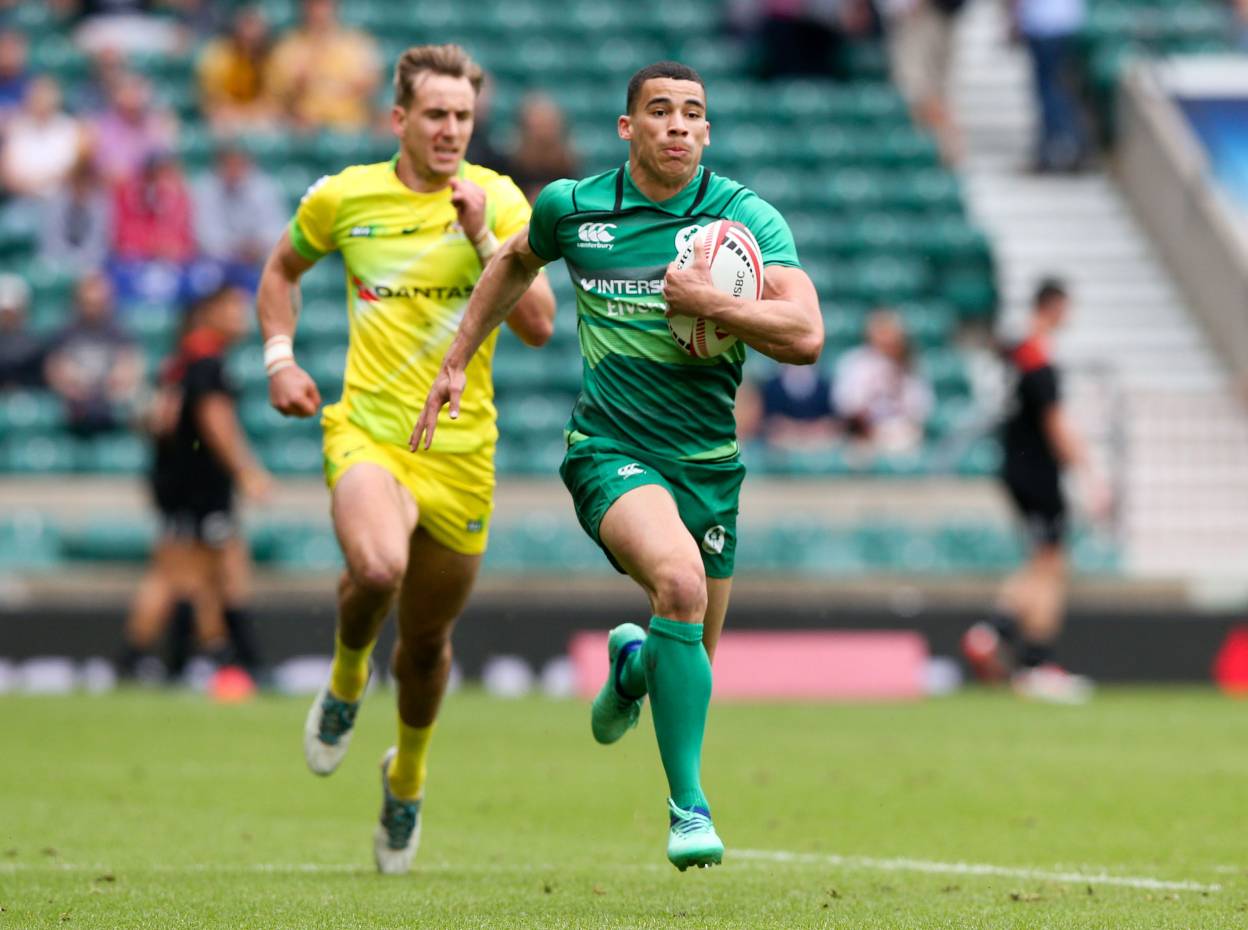 The footage is a little grainy, but in truth, it makes it all the more captivating. The camera work is a little shaky, but in fact, it adds to the beauty of it.

You may remember seeing the video at the time, this wondrous, virtuoso try scored by a young winger who was the talk of the town. A 21-second try straight from the kick off. Pace, power, weaving in and out and through and leaving flailing defenders flapping in his wake.

The tone changes. The pace picks up.

Those watching Tullamore RFC against Ards RFC in Division 2B of the All-Ireland League that afternoon will already have been aware of the prodigious talents of Jordan Conroy, yet it was perhaps that piece of individual brilliance, as he gathered the loose ball from the kick off and slalomed his way downfield, that marked the start of the 25-year-old’s remarkable journey.

Around the same time, Anthony Eddy, the IRFU Director of Women’s and Sevens rugby, had launched his search for a skillful and pacy winger meaning the emergence of this teenager from Tullamore couldn’t have come at a better time.

“I think Anthony asked Foster Horan if he knew any other rugby players with skill or pace,” Conroy explains to IrishRugby.ie. 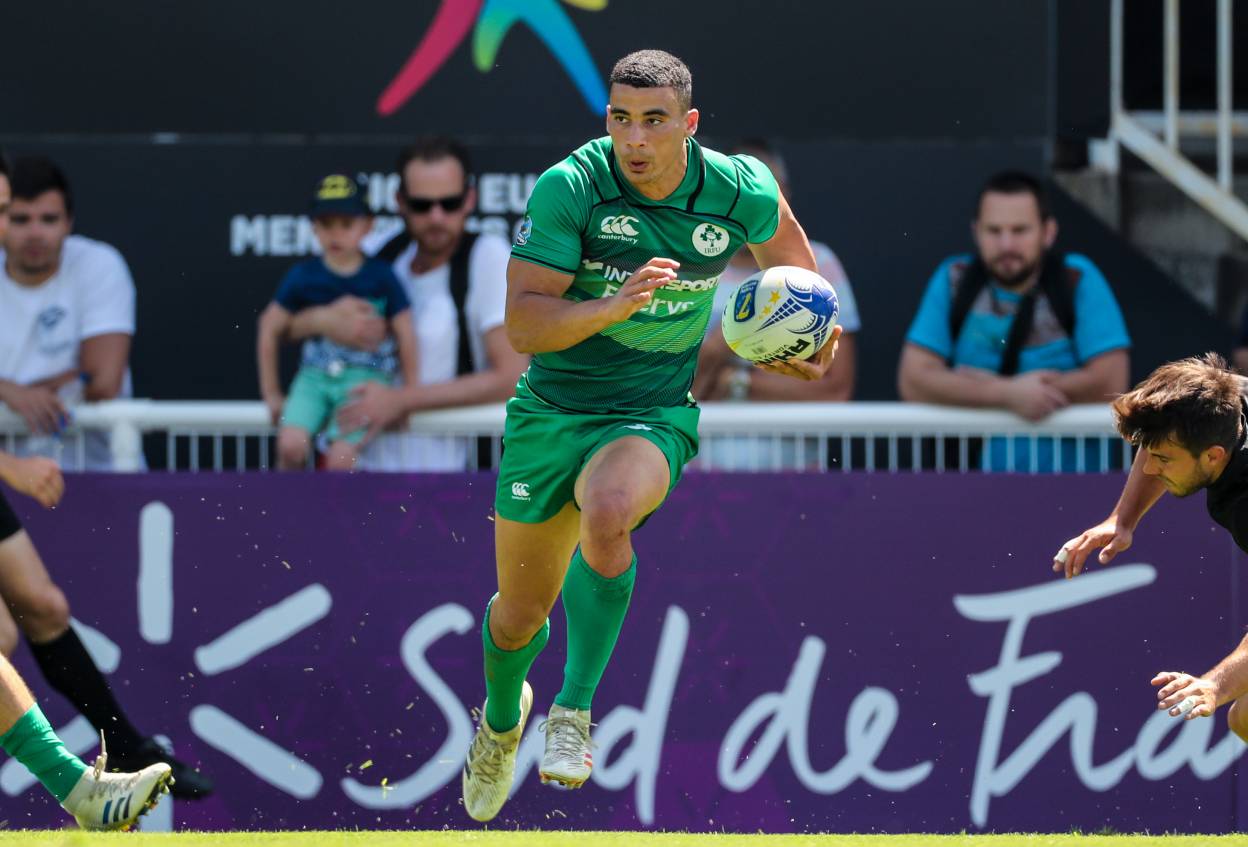 “Myself and Foster played against each other in a Sevens tournament down in my home town in Tullamore and then I met him again at a tournament in Kilkenny. He actually coached me in that tournament and then soon after, I happened to score that 21-second try and that kind of went viral.

“That’s how my name got circulated and funnily enough Anthony got to actually watch me play a 15s game against Wanderers up in Lansdowne. I think that’s the first time Ant got to see me play and after that he got in touch with Tullamore and I got the news off my coach. I told the mother then and the rest is history.”

Five short years later, Conroy has become one of the stars of the HSBC World Rugby Sevens Series as he helped Eddy’s side to core team qualification in Hong Kong last April and, in Ireland’s first two tournaments of the season, the winger is the leading try-scorer on the series ahead of this weekend’s New Zealand Sevens.

Conroy’s remarkable feat of scoring five tries against Scotland in Dubai last Christmas only served to heighten the excitement around his potential and with 11 tries already to his name this campaign, he has wasted no time in making his mark on the World Series.

Just as the Ireland Sevens programme has changed and developed irrevocably in the last five years under Eddy’s stewardship, so too has Conroy’s career having been made aware of Sevens trials in Dublin by his mother, who had seen the details on the IRFU website.

“Looking back to playing 15s in Tullamore to getting the call up to try out the Sevens out in UCD in 2016,” Conroy continues. “It has been quite an uphill journey but a very fast for me anyway.

“When I sit down and look back on it, it has been an amazing journey to do it with the lads here. They’re more than just friends now, more so family. We’re a big brunch of brothers and the journey hasn’t stopped yet, we’re hopefully yet to make more history in the future.

“I remember my first day in UCD. It was genuinely the worst first impression I could have made. It was a windy day. I couldn’t pass off my left side and every pass I did throw went to the ground. I guess I had a lot of work to do and it’s just funny thinking back how much I’ve progressed through the programme.” 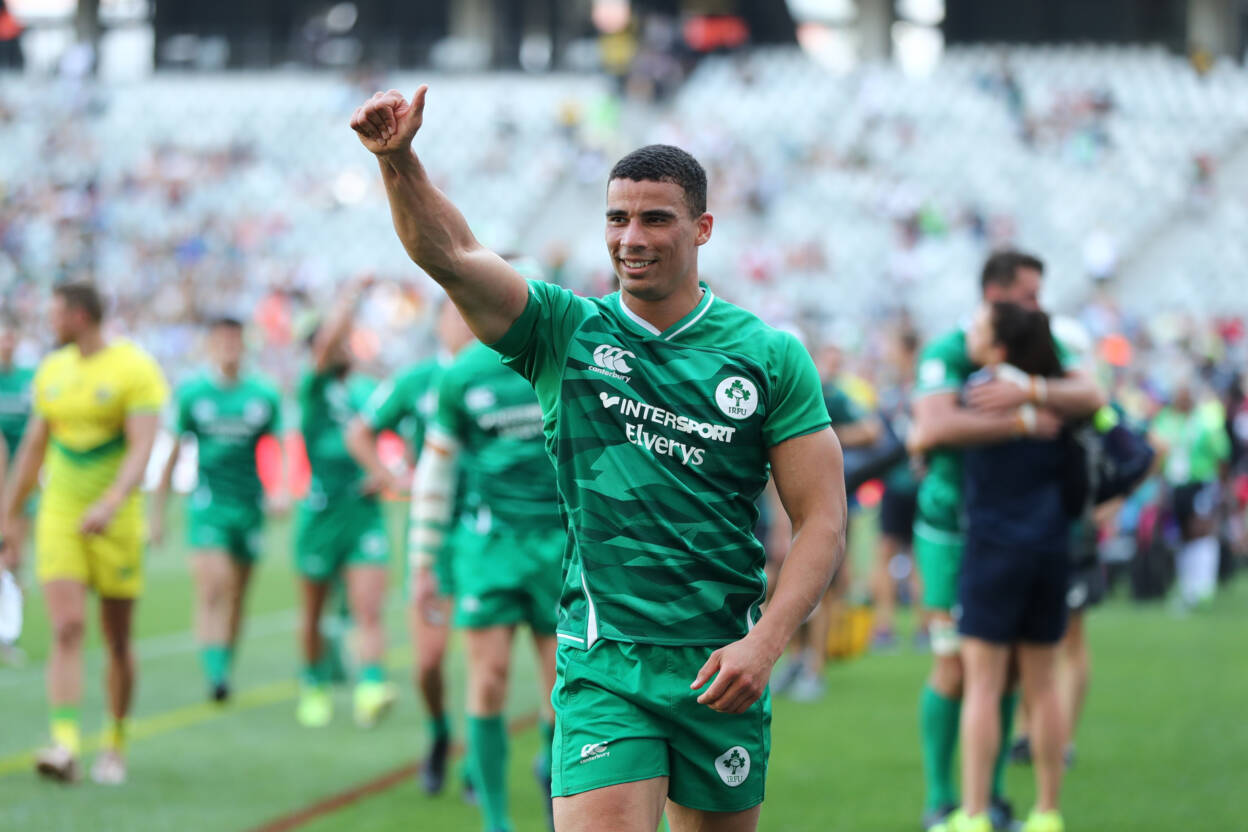 Reflecting on his path to the World Series, Conroy, who has won 16 Ireland Sevens caps, reserves special praise and thanks for his Mum, while also acknowledging the huge role Tullamore RFC and Buccaneers RFC have played in his career so far.

“I hate to admit it but mothers are always right,” he laughs. “She always said she had a good feeling about the Sevens and he was right at the end of the day and I get to make her proud now.  She’s travelling to all these tournaments and gets to watch me so she’s pretty chuffed about that.

“She has been there since day one guiding me with all the right things to do. It was nice for her to watch us qualify in Hong Kong and to see all the hard work pay off and all the effort she has put into me. It was a nice way to repay her. At the end of the match she came down crying and we just hugged it out. It was a nice little moment. It’s an opportunity to make her proud each game.

Between Tullamore and Buccaneers, the support and help I’ve gotten through the years. When I didn’t have anything and couldn’t afford a pair of boots, people in Tullamore made sure I had a pair of boots to play. Those two clubs hold a special place in my heart as they did look after me. It’s nice to be able to pay homage to them and to be able to represent my local team and home town.

“I’ll always be thankful to those around there. I thought I’d never have a chance coming from Tullamore to play on the world stage such as the World Series from Twickenham to Cape Town to Dubai.”