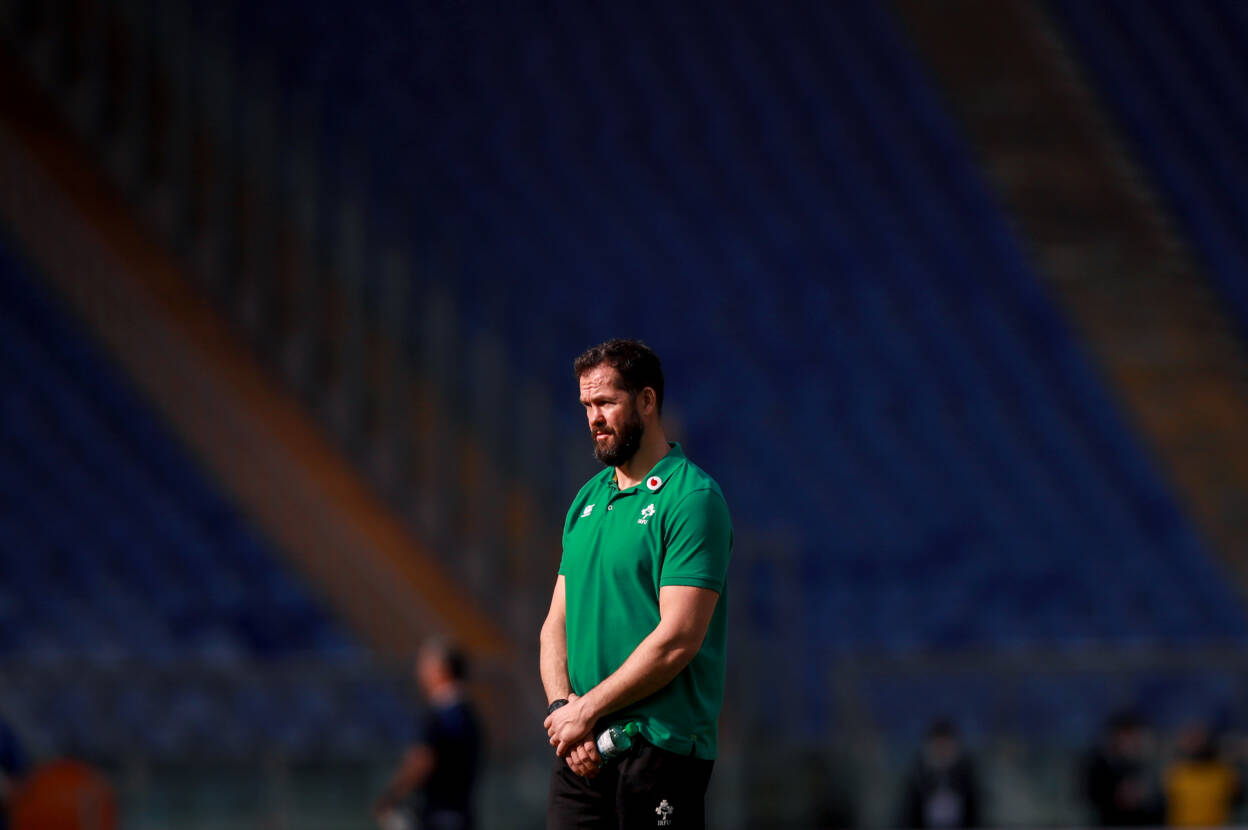 Following the morale-boosting win over Italy last Saturday, Ireland head coach Andy Farrell is looking for his side to finish the Guinness Six Nations Championship on a high.

Currently in the midst of a second fallow week, Farrell’s charges will return to action on Sunday week (March 14) with a penultimate round match against Scotland at BT Murrayfield.

Gregor Townsend’s Scots caused a significant upset on the opening weekend of the tournament when they defeated England at Twickenham – their first victory at the London ground since 1983.

Six days on from a duel with their Celtic cousins in Edinburgh, Ireland will face the English in their final game of the tournament at the Aviva Stadium.

Speaking during a remote press conference at the IRFU High Performance Centre, Farrell said: “They’re two massive games for us. They’re the old enemies, aren’t they? The rivalry, it’s as ripe as ever with Scotland and with England.

“All three teams want to finish their Six Nations on a high. That’s why we love it so much, don’t we? Because the goalposts keep changing week to week in the Six Nations and there’s an emotional aspect that comes to that as well.

“We know going to Murrayfield, again in the recent past we’ve come unstuck there. We know how well Scotland are playing at the minute and we know how well we’ll need to play to come away with a victory.”

Having suffered back-to-back defeats to Wales and France in the early weeks of the Championship, Ireland responded with a convincing 48-10 bonus point success against the Azzurri.

The result moved them up to third place in the table, just two points adrift of the French – albeit with a game more played. Reflecting on his team’s performance in Rome, Farrell saw a number of encouraging signs as well as facets of their play that require some fine-tuning.

“There’s plenty of areas [to work on], like every single game. You’re always going to over analyse your own game and work on what could have been better,” he admitted.

After a couple of defeats and going into the game there was a little bit of pressure on the lads. We asked them to show our character, with the right attitude of turning up to the game.

“Rather than dwell on the negatives, I think we can now focus on the positives and I think our attitude was top class going into that game.

“Like it was mentioned during the week, you’re on a hiding to nothing and I think that’s how it seemed from the outside, but we would judge ourselves by our own attitude and our own application, and how we attack the game.

“Like I said last week as well, I’ve been involved with many a team that nearly slipped up against Italy before.

“Obviously, history shows that teams have slipped up against Italy before because of the wrong attitude I would have thought, or the sloppiness in how they play and I thought we got that spot on. Especially in the first half.”

At times in this international window, a number of players have had to strike a balance between their duties on the field of play and negotiating a new contract with the IRFU off it.

The Coronavirus pandemic has impacted a number of organisations across the globe, and whereas in previous seasons, player deals had been finalised before the start of the Six Nations, this was not possible for some during the current campaign.

However, Jonathan Sexton and Peter O’Mahony have agreed terms on new deals in recent days that will keep them contracted to the union until at least 2022 and 2023 respectively. Understandably, Farrell was thrilled to see this influential duo sort out their immediate futures.

Fantastic news. Two very important pieces of our jigsaw going forward, for all sorts of reasons. They’re delighted to get their contracts over the line and settle their futures. We’re even more so delighted for them.”

Throughout the 2020 calendar year, Ulster’s Jacob Stockdale was a virtual ever-present in the Ireland team. He played in eight of the side’s nine Tests during this period – the Autumn Nations Cup opener with Wales last November being the exception.

Injury has ruled him out of the 2021 Six Nations’ opening three rounds, but the 24-year-old did play 40 minutes for Ulster against the Ospreys in Belfast last Friday night.

Stockdale is expected to be involved in the top-of-the-table Conference A clash with Leinster at the same venue in the Guinness PRO14 this Saturday, and Farrell will be keeping a watchful eye on his progress.

“It’s great to see Jacob back. I know speaking to him at the start of the competition, he was very frustrated with how slow the injury was coming on,” he acknowledged.

“I know how diligently he’s been working with the medics at Ulster. He has done great to get back on the field and put himself back in contention.

“He got a chunk of the game last weekend and hopefully he’ll get more game-time this weekend against a very good Leinster side. We’ll see how Jacob shapes up and what the rest of the squad looks like on the back of that.”