The one year-to-go milestone has passed. This very week next year Ireland will be preparing for their second Rugby World Cup pool match against Tonga, having already played Romania.

Presenting an early opportunity to work with and impress the national coaches in a World Cup year, an Emerging Ireland squad has been selected to compete in the upcoming Toyota Challenge in Bloemfontein.

Three of South Africa’s Currie Cup teams, the Griquas, Pumas and Cheetahs, will provide the opposition for a young squad coached by Simon Easterby, the national defence coach.

The 35-man panel includes four Test-capped players, three who saw action against the Māori All Blacks, and a number of players who featured for the Ireland Under-20s in recent seasons, including 2022 U-20 Grand Slam winners James Culhane and Chay Mullins.

These are the first fixtures for an Emerging Ireland side since the Tbilisi Cup back in 2015, with Easterby hoping those selected can make the most out of the tour and press their claims for further involvement in November and beyond.

“I guess to put it in context, and the year that presents itself leading to the Rugby World Cup, we know that we have a real good, strong core group of players that’s been with us for a number of years,” said Easterby.

“But, we have to try and grow the depth and look further into the talent pool, in terms of our squad going forward.

“This is a real opportunity to build some continuity for some of those players that would have been with us in New Zealand during the Māori games and spent time with us in the environment there.

“But, also bring back a few players who have been out of the system for a while due to injury or form, and also look at some of the depth in positions that we need to fulfil a World Cup year.” 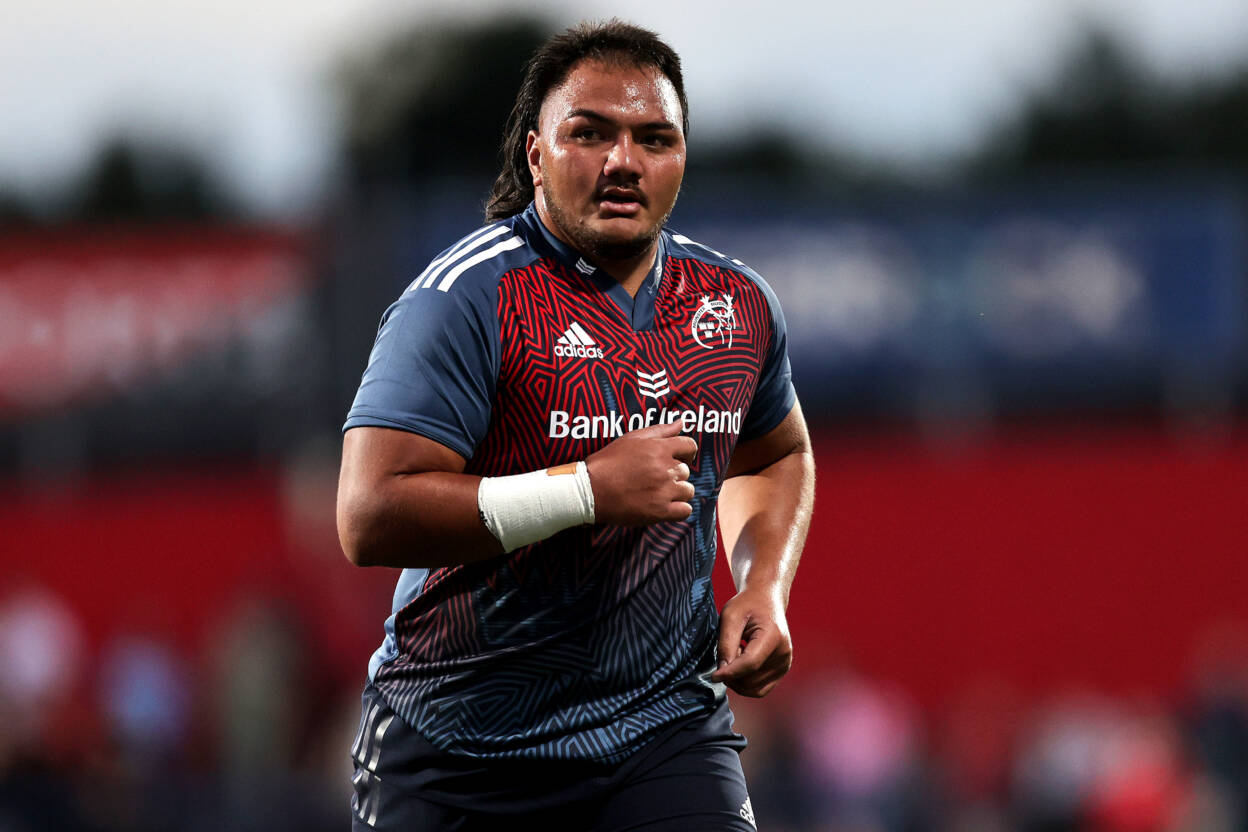 Ulster’s Robert Baloucoune and Cormac Izuchukwu are both back from injury, as is Munster’s highly-rated back rower John Hodnett, while promising young tightheads Tom Clarkson, Roman Salanoa (pictured above) and Sam Illo will travel.

This week’s announcement that an Ireland ‘A’ team will take on an All Blacks XV in November should give an added incentive to the South Africa-bound group, who will first come together for a three-day camp at the IRFU High Performance Centre next week.

Easterby explained: “We know 33 players will go to the World Cup, but we all know that that number needs to be higher and we need to have a larger pool of players at our disposal.

“To do that and effectively have that number of players, we need to spend more time with players and get to know players, connect with players.

“That gives us an opportunity to expose them to what we’re trying to do as a team, and for us as coaches in particular, to connect with those players and get to know them a bit better in what will be a really challenging year.”

The Toyota Challenge, which will see Emerging Ireland play three times in nine days, beginning on Friday, September 30, is happening at the same time as some of the early rounds of the BKT United Rugby Championship.

Among those matches are interprovincial derbies in both Belfast and Galway, but Easterby said that there has been plenty of communication and hard work going on behind the scenes to ensure that both provincial and national needs are met.

“There’s been dialogue right through with Andy (Farrell) and the provincial coaches, in particular, discussing players, discussing their needs, our needs,” acknowledged the former Ireland and Lions flanker.

“There’s been compromises, there will be some selections that the province will feel that they’d be better served with them, but there’s also players that we feel would be better served, at this moment in time, exposing them to our environment.

“So there’s not that many opportunities to expose players to the environment and find out a little more about certain players.

“With that in mind, we also have to feel like we’re not ripping the heart out of the provinces and taking too many players in one position.

“I’m sure there will be discussions along the way, injuries will inevitably happen throughout the next couple of weeks. We have to be prepared to be flexible and compromise as the provinces have in allowing us to select this team.”

Ireland head coach Farrell will be involved in the preparatory camp at the IRFU HPC, but will not be travelling to South Africa as he remains busy focusing on the November internationals and Rugby World Cup matters.

Easterby, who will be supported by fellow national coaches Paul O’Connell, Mike Catt and John Fogarty, said that Farrell will be ‘getting around and staying connected’ with the other Ireland players who will be returning for their provinces in the coming weeks.

“The timing of the tour coincides with a lot of players returning from their national break, the international players,” he added.

“So, player management and welfare has been at the forefront of a lot of what we’ve been talking about and understanding that, yes, we’re taking players out of the provincial system, but there will also be players re-entering their system at the same time as when we travel.

“To build depth we need time with the players, we need to find out a little bit more about them, about their personalities.

“We need to find out about how do they adapt to international rugby or at least adapt to situations where we’ve only got three or four training sessions to prepare for a game.”