Chay Mullins, the youngest member of the Ireland squad, takes on the Australian defence during the Bronze final in Cape Town ©INPHO/Travis Prior

Former Bristol Academy player Chay Mullins, who is Irish qualified, has been selected in the Emerging Ireland squad that will play in the Toyota Challenge in Bloemfontein in the coming weeks.

Supported by the IQ Rugby programme, Mullins has had numerous top level rugby exposures this season – U20 Six Nations, Sevens World Series, Sevens World Cup – which have resulted in him being included in a development squad being led by the senior national team coaches.

The Emerging Ireland squad that will fly to Bloemfontein at the end of September to play against three Currie Cup sides – the Griquas, Pumas and Cheetahs.

Simon Easterby, Emerging Ireland Head Coach, commented: “The coaching group are really excited about working with this squad and broadening the selection pool for the national team.

“We will look to replicate the national team environment and training intensity, so players get a good understanding of what it takes to perform at the highest level. The players will have to adapt to the national team’s tactical and technical approach in a very short window of time and deal with the pressure of performing in a green jersey.” 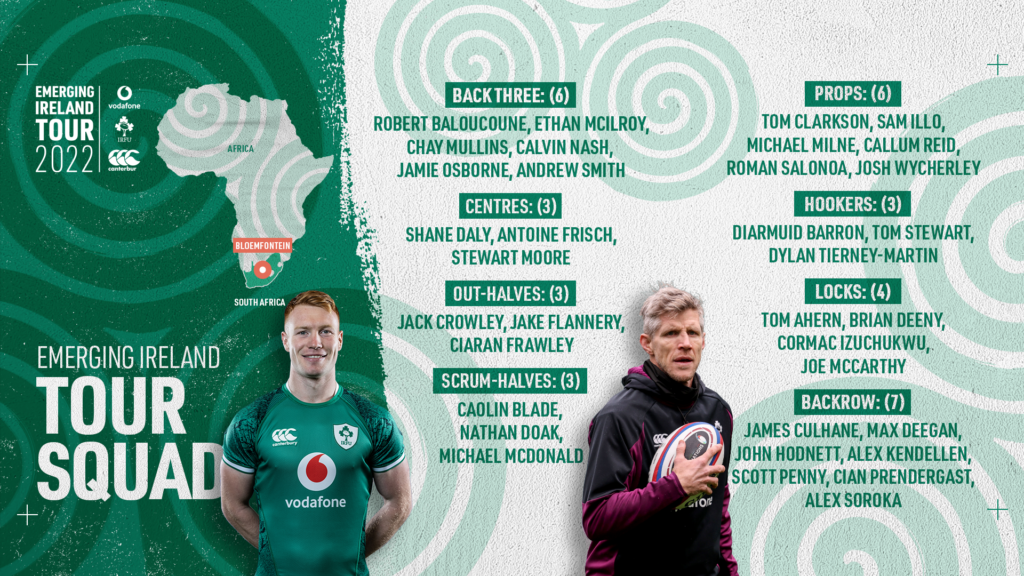