John McKee says Ireland’s historic summer tour of Japan will only be deemed successful if they go on and clinch the series by winning the second Test in Tokyo.

The task for Greg McWilliams’ new-look squad is to back up last week’s 57-22 victory, a game which saw six players make their debuts and hooker Neve Jones score a hat-trick of tries from lineout mauls.

McKee has joined the Ireland management team for the tour, coming in as a technical advisor and forwards coach, and he was understandably pleased with how the Nichola Fryday-led pack went in Shizuoka.

“I’ve been really impressed with the work ethic of the squad, the work that was put in initially by the group who are based in Ireland, and the girls who then came in from the UK,” he said.

“They’ve really put in a lot of hard work. For me it was always a little bit of a question of how we would go given they’re effectively coming from off-season and not having the match conditioning, and also with the heat over here in Japan.

“We managed to overcome the heat obstacle and impose ourselves on the Japanese. Although we were pretty comprehensive on the scoreline, they are a dangerous team if you give them space and give them time to run.

“But we were able to contain them and use our physicality to not give them any opportunity basically.”

McKee has an extensive breadth of knowledge and experience as a top level coach, given his involvement with Connacht, Tonga and both Fiji, as head coach, and Western Force in more recent years.

The Wellington-born coach explained how his latest international role materialised on the back of previous working relationships with both McWilliams and David Nucifora, the IRFU Performance Director.

“Last year I worked on a project for World Rugby with Greg and we had a little bit of an association out of that,” acknowledged McKee, whose coaching brief with Ireland is focused on the lineout and breakdown.

“A lot of it was on Zoom and then we spent some time together when I was at World Rugby headquarters last November, around the time he was appointed (to the Ireland job). That was the start of the association.

“David Nucifora, I’d know from my time in Australia. I actually worked for the Rugby Academy in Australia at the time he was Director of Rugby there, so I had a connection with David as well. That’s how it all came about.”

Giving more insight on what he has been doing with the players and coaches in camp, he explained: “It’s been at two levels really. One level is assisting or using my experience around the coaching group and with Greg and with the overall programme planning and how they go about their trainings and reviews and so forth.

“But, also filling in some of the technical gaps, as it’s turned out I’ve been working around the lineout area and the breakdown.

“I’ve been really enjoying working with the group, trying to help the team be the best they can be. The whole backroom team are really good. They’re a really close group.” 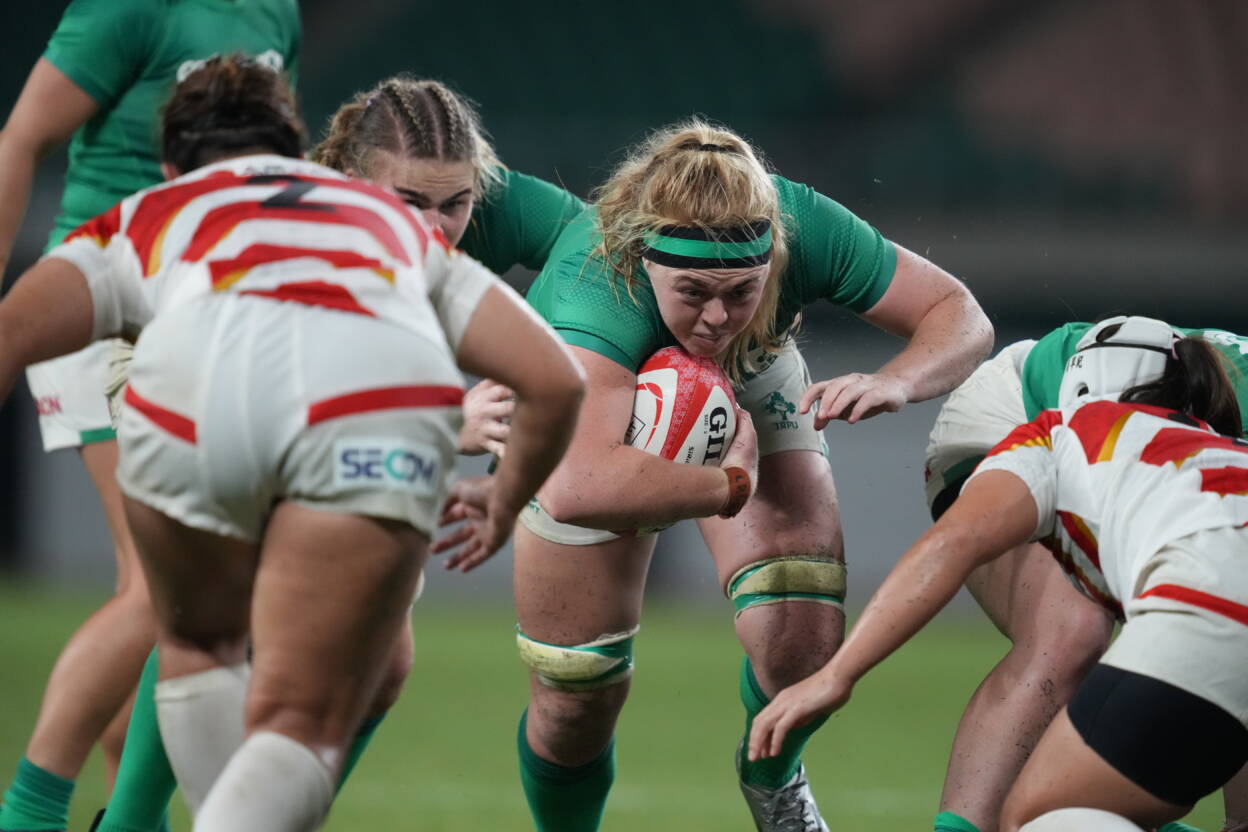 Given their poor start to the opening game, with Japan breaking through for two early tries, putting their best foot forward defensively is an obvious target for the girls in green in the series decider.

While praising Ireland’s ‘good mental strength’ in not allowing their heads to drop during that shaky spell, McKee is keen to cut down on the errors and push on from what was a first outing together for a number of new combinations.

Another week together, we’ll be better certainly with our combinations – probably a couple of things that broke down combination-wise, we’ll improve on.

“I don’t doubt that Japan will get better as well, and they’ll look for some opportunities to exploit us. We’re doing quite a bit of work on our defence this week, shoring up those connections.

“Also, we are wary that if we do give them opportunity on the edges they are pretty quick and can exploit that. We’re still working hard.”

Japan were certainly not happy with how the first Test unravelled for them. Their Rugby World Cup opener against Canada is now just over six weeks away, so they have plenty to play for in terms of momentum and team selection.

The World Cup is unfortunately not on Ireland’s horizon, but winning the series, coupled with blooding new players and giving more game-time to some of the wider group, would be another timely boost for the IRFU Women’s 15s Programme.

“The team are very focused on the historic nature of this journey and the first overseas tour for the Irish Women’s XV, and to really make a mark,” noted McKee. 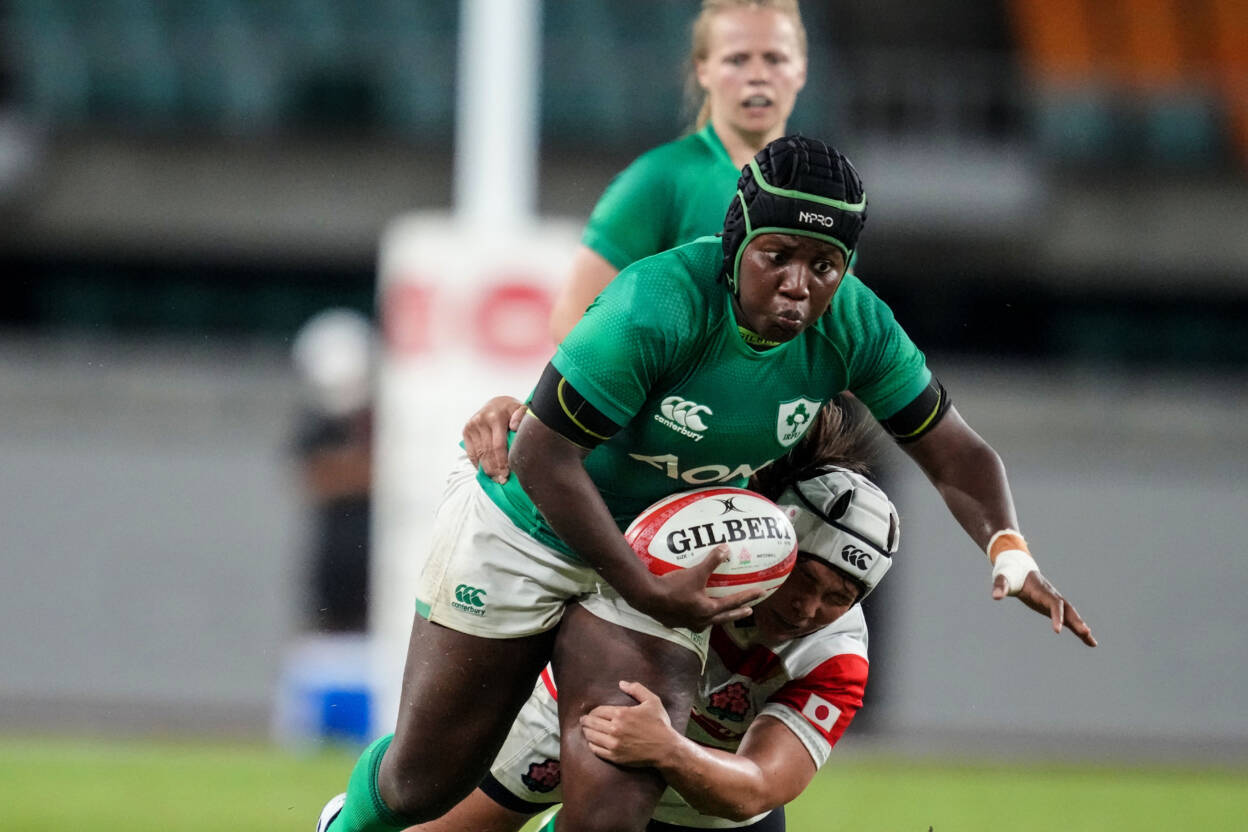 Putting together consistent performances and results, particularly on the road, is a big goal for Ireland heading into 2023 when they will face TikTok Women’s Six Nations trips to Italy, Scotland and Wales.

The Ireland Women have not won successive away matches since the 2017 Six Nations, so winning in Tokyo this weekend would a significant step in the development of McWilliams’ ambitious side.

McKee wants to see captain Fryday and the pack hammer home their advantages in key areas, especially at set-piece time, as they look to provide more attacking opportunities for this threatening back-line.

“For me, around the forwards, (I’m) lucky enough to be working with quite an experienced group in the forwards,” he added.

“We changed up a few things that they had done through the Six Nations and I think it has strengthened us up. Certainly against a team like Japan, that physical nature of our forward play paid dividends for us.

“The really exciting thing for me working with this group is that it’s such a young back-line. To see such a new group of young players come in to play their first Test for Ireland at this level, some of them at 18 or 19 years of age.

“To not be daunted by the occasion, to actually be able to play well and bounce back from the early pressure and make their mark, I think that’s very good signs for the squad going forward.”