Nichola Fryday believes the appointment of Gillian McDarby as IRFU Head of Women’s Performance and Pathways, coupled with news of 43 centralised, paid contracts for elite players, gives a serious boost to the Women’s game.

2022 has already been a memorable year for Irish Women’s rugby, with TikTok Women’s Six Nations games held at the RDS, Musgrave Park and Kingspan Stadium for the first time, increasing the accessibility, profile and interest across the country.

The Ireland Women’s Sevens team achieved a historic fourth place finish in the World Series, picking up silver in Seville and bronze in Langford along the way, while there was more history made as the Ireland Women’s Under-18s team had their first run-out in the 15s international arena.

The future looks bright in both grades, as the Ireland Women’s U-18s recently won bronze in the European Sevens Championship, while a number of talented youngsters are part of Greg McWilliams’ Ireland squad that will play Japan twice in the next fortnight.

Fryday, the Ireland 15s captain, is looking forward to leading the team for this maiden summer tour, on the back of McDarby’s appointment to spearhead ‘the development of the next phase of growth and elite performance for Irish Women’s rugby’.

The impending offering of those contracts for both Sevens and 15s players grabbed most of the headlines, and while welcoming this exciting development, Fryday says the squad’s full focus is on the Japan tour.

“It’s great, it’s been a really positive few months. The announcement of the Japan tour, that was a boost for all of us after the Six Nations, knowing that we were going to get two quality Tests in the summer,” said the Offaly native.

“Getting that opportunity to tour as a squad which is so important for our team to be able to go and play some rugby and have some downtime together as well.

“The announcement of Gillian and the contracts, it’s great news. For us as players, it’s such a huge step. For me personally, as a player, if you had asked me when I first started if I’d ever get that opportunity, I probably would have said, ‘I don’t think I will’.

“It’s brilliant now that it’s gone that way for Women’s rugby. For us though, we’re just focusing back on to Japan for the next two weeks and we hope that we can get two quality matches.”

Head coach McWilliams has included a core group of experienced players for the Asian assignment, while a couple of late injuries has meant the number of uncapped players involved has risen to ten.

Only 11 members of the matchday squad from last November’s 15-12 home win over Japan have made the trip, and the likes of Dannah O’Brien (pictured below), Natasja Behan, Jo Brown and Taryn Schutzler will be all pushing for their first caps. 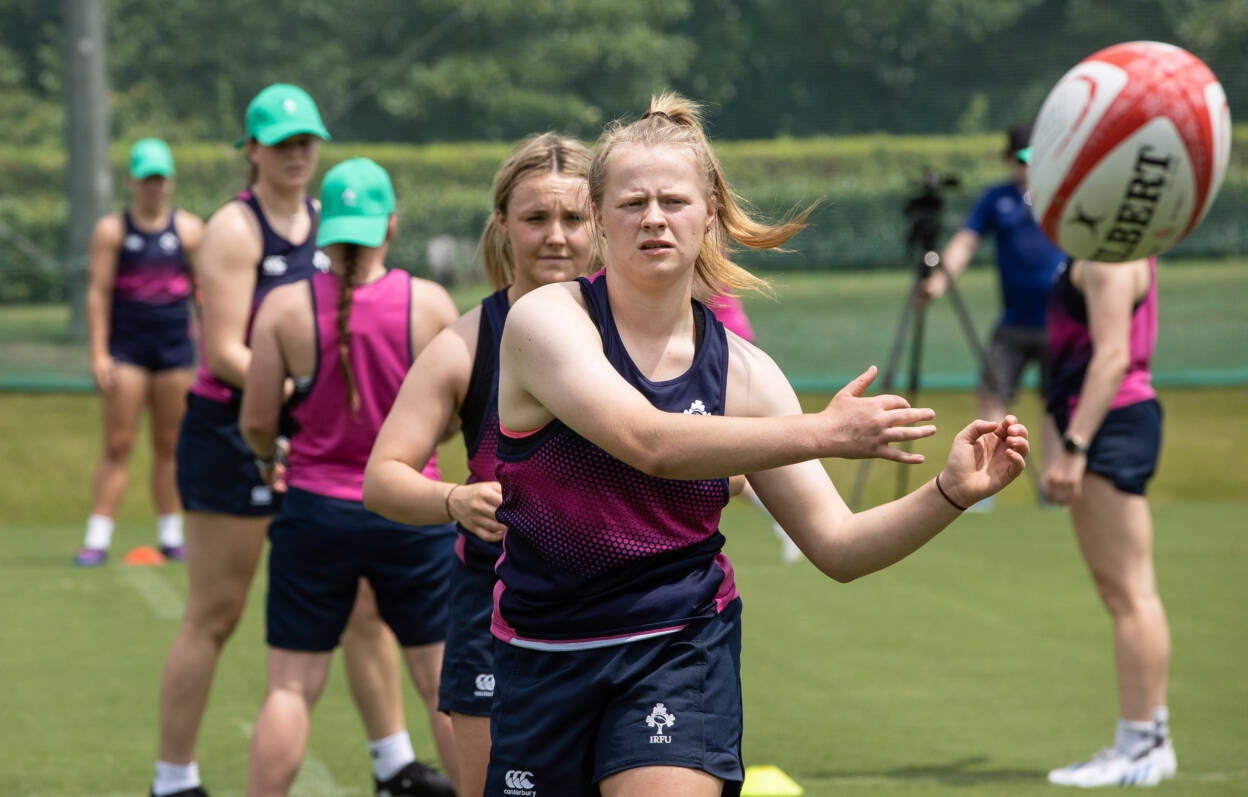 The national team’s summer programme, which included a six-day preparatory camp before the squad’s departure, helped those new faces to adapt to the high performance environment as they look to make the most out of the historic tour.

“If we’re to compare it to a Six Nations block, we get two or three weeks of weekend camps together and then you’re straight into the tournament,” explained Fryday.

To be going on tour for two weeks – and three weeks in total – and be spending nearly every living minute together, it does bring you very close together as a group.

“To me that’s invaluable time because you create the friendships, you have the craic and you’re able to experience the culture.

“That’s what this tour is about, is that we go and play rugby and we work hard but we also get to enjoy being in a place like Japan which is amazing.

“For the majority of us, none of us have been in Japan before, so it’s such an experience to be going somewhere like that for our first tour.”

The Leinster side that won last season’s PwC IRFU Under-18 Interprovincial title has produced some real gems, with Ireland Sevens starlets Erin King and Vicky Elmes Kinlan, and Aoife Wafer, who made her Six Nations debut in April, amongst them. 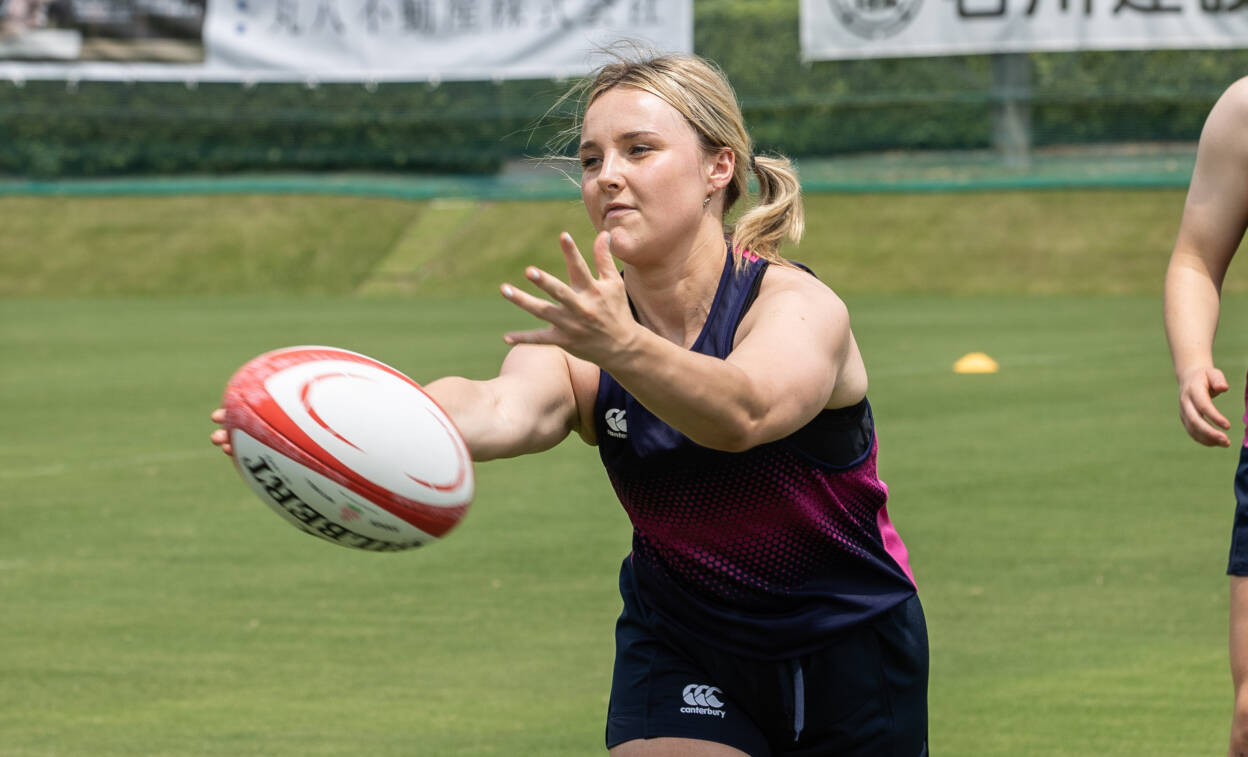 Impressed by the youngsters and how they have acquitted themselves, Fryday acknowledged: “The girls that have come in have thrown themselves straight into it. We’ve had the accelerant programme the last few weeks in Dublin.

“The girls have just absorbed all the information like sponges. They’re really stepping up now on the pitch.

“You can come together as a group and it can take a few days for it to start to gel, but we’ve hit the ground running and it’s just been a really positive start to the tour.”