Leinster made it three wins from three and put together another formidable performance to beat Munster 54-7 and lift the PwC IRFU U-18 Women’s Interprovincial trophy at MU Barnhall RFC.

Round 3: Ulster Finish U-18 Women’s Interpros On A High

Leinster head coach Mick Bolger says they are blessed with a fabulous squad, saying: “We assess strengths but we build around what the players enjoy and they want to throw the ball around and put width on the ball, so that’s what we do.

“No discredit to Munster either, that was probably the best defence we’ve faced.

“We’ve got girls that are experienced at this level and we allow them to take a lot of accountability for our system and what we’re doing.

“A lot of these girls can go a long way and they are being actively monitored on the pathway. They’ll be along to watch the senior girls play at Energia Park and they can dream of playing in green as well.”

It was another blistering start from the Blues. Captain Aoife Wafer threw a show-and-go and fed Aoife Dalton who swerved into space for Emma Tilly to finish off after five minutes.

They backed up their skill-set with strong game understanding, sacking a Munster lineout in scoring territory for Wafer to score herself before the water break.

Munster’s defence was solid and they manage to ask questions that the table toppers had no faced in previous rounds, particularly around the fringes. 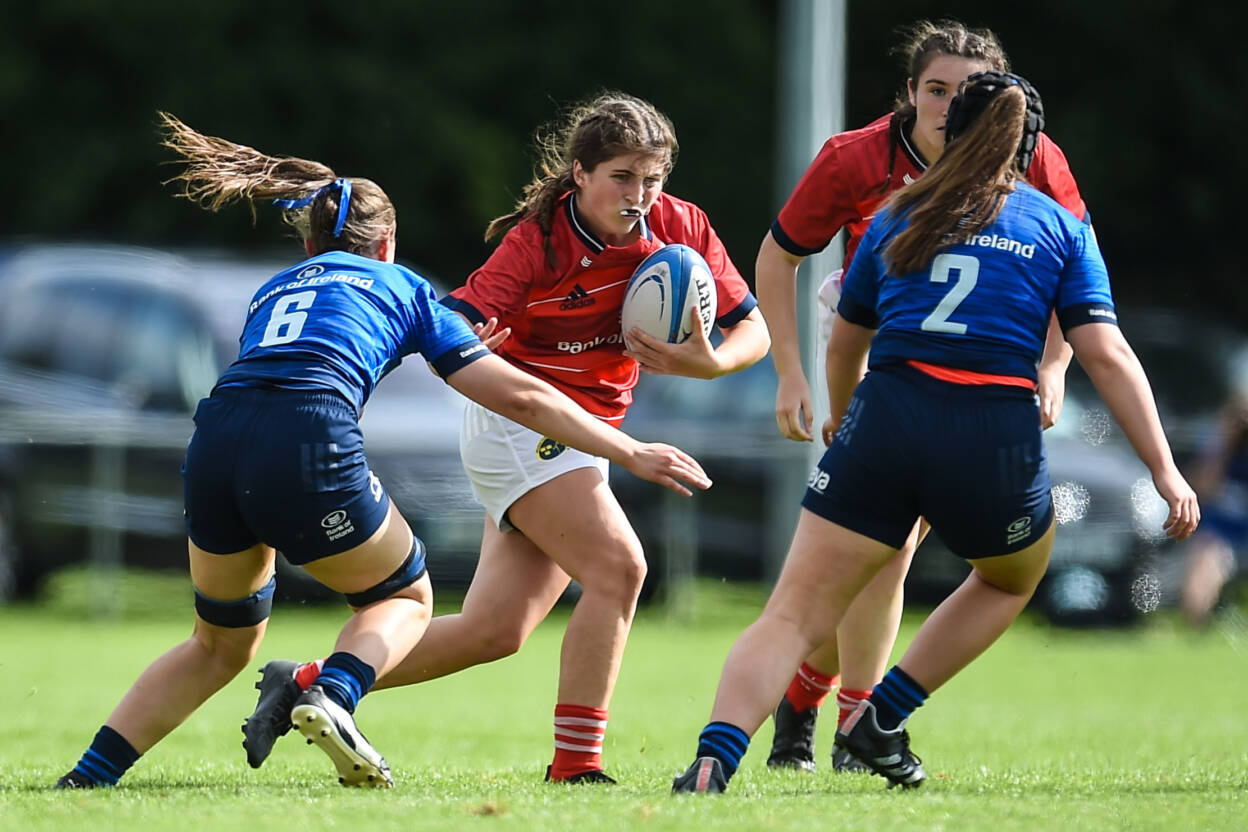 Fethard & District out-half Kate Flannery kicked excellently out of hand and Anna Kate Cournane won a couple of rousing turnovers, but they just were not able to spend enough time out of their own half.

Leinster flooded the tight channels and pinned their opponents back. Katie Whelan fly-kicked a dropped ball through to score and her Enniscorthy club-mate, Wafer, looped around Eva Sterrit to get her second of the half.

Dannah O’Brien landed all four conversions, with another commanding kicking display, for Leinster to lead 28-0 at half-time.

Lively backs Tilly and Whelan both picked up a second try for Leinster, early on the resumption, before Munster mustered their best spell of the game.

Relentless phases of pick and jam eventually earned them a score – the first Leinster had conceded in three games. It was Anna Kate Cournane who came up off the deck with ball in hand and Munster did not mind celebrating it.

There was still time for replacements to impress. Munster’s Beth Buttimer made some important tackles and nearly scored herself when she angled for the corner late in the game.

For Leinster, Abby Moyles again came off the bench to kick assuredly and converted tries from Tilly and the lightning-quick Alanna Fitzpatrick, with Leah Tarpey also getting on the scoreboard. 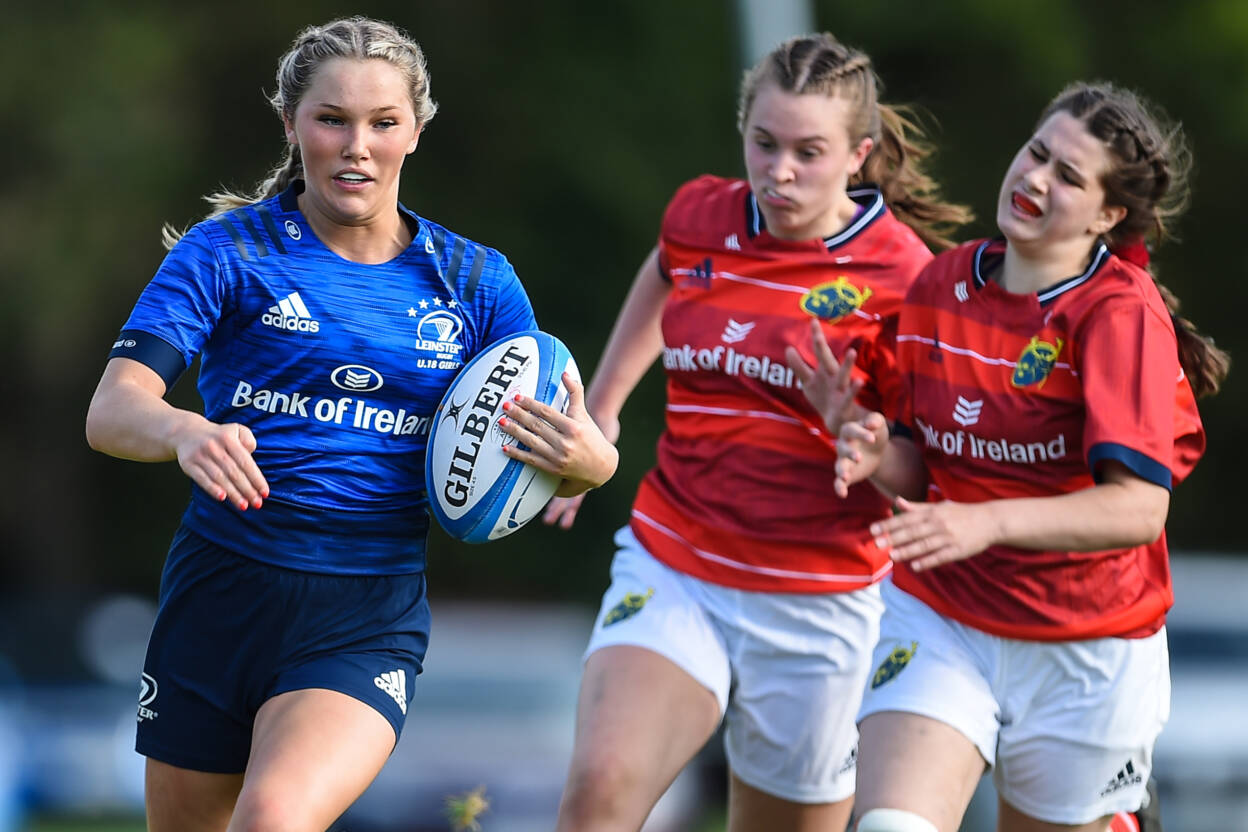 “Hats off to Leinster,” admitted Munster head coach Fiona Hayes afterwards. “Even I was in awe at times watching them. They were really clinical and really caught us out wide with brilliant skills and brilliant handling.

“These Munster players are on a journey together. Out of the 30, we’ve got 23 that will be back playing next year and that’s a massive plus for us.

“I want to see where they can go from here and we’ll go there together. We’re all disappointed right now but they left their heart and soul out on that pitch and it wasn’t our day.” 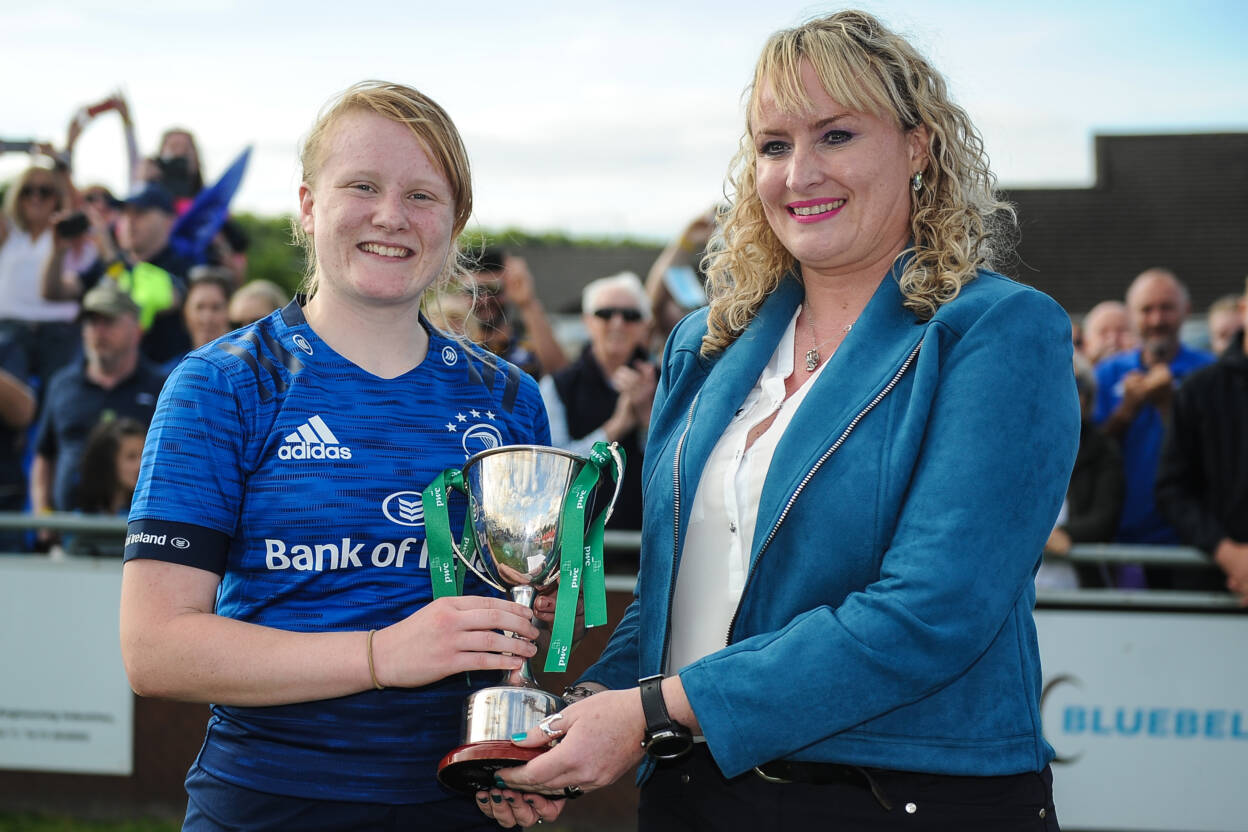