Ireland captain Jonathan Sexton singled out James Ryan for praise as he reflected on a key moment during the third Test victory over New Zealand in Wellington.

Ireland’s lead, built up by a terrific three-try first half, was under severe threat as the All Blacks managed to turn Sexton’s penalty that bounced back off the crossbar into a breakaway try, some phases later.

The scoreboard showed 25-22 following Will Jordan’s breathless score, but a Hugo Keenan and Bundee Aki-inspired break led to a close-range penalty and Ireland’s leaders had a crucial decision to make.

With the option to go for the corner paying off with Rob Herring’s match-winning try, Sexton remarked: “It just shows you the character of the team, to be able to come back from that (Jordan try). They’re the moments that, in previous years against New Zealand, would have swung the game.

“They’re the fine margins that we would have been talking about if we’d lost. Thankfully we got a penalty straight away, a big call to go for the corner again, and the lads backed it up.

“That was ‘Cheese’ (James Ryan). He was on it tonight. A couple of times we talked about going for three (points) and he just said, ‘No, go for the corner’. For him to show that leadership is a big step. A big step for him, which is great.”

Ryan was understandably pleased with his lot when speaking in the aftermath of the 32-22 series-clinching win. Like the team, he saved his best performance for last, recapturing the dynamic form of his 2018 breakthrough year.

In outplaying the New Zealand second row duo of Sam Whitelock and Brodie Retallick, Ryan and Tadhg Beirne were able to have a huge influence on the result as they both put recent injury woes behind them.

Ryan has had to spend time out of rugby due to a series of concussions in recent seasons. A heavy tackle from England’s Charlie Ewels inside the opening minutes of March’s Guinness Six Nations clash kept him out of action until early May.

“Winning a Grand Slam is so hard to do but winning over here and winning a series over here is seriously tough as well, and what probably makes me appreciate it even more is that I’ve had days when things haven’t gone my way or our way,” admitted the Leinster lock.

“Also, it’s been a difficult year too. I’ve been in the game and out of the game, having setbacks in terms of injuries and stuff like that.

“It hasn’t been an easy season at times but being able to be back playing, be back fit, get a number of games under my belt and finish the season off injury free and with a series win like this, and to enjoy that with such a great bunch of people, it’s amazing.” 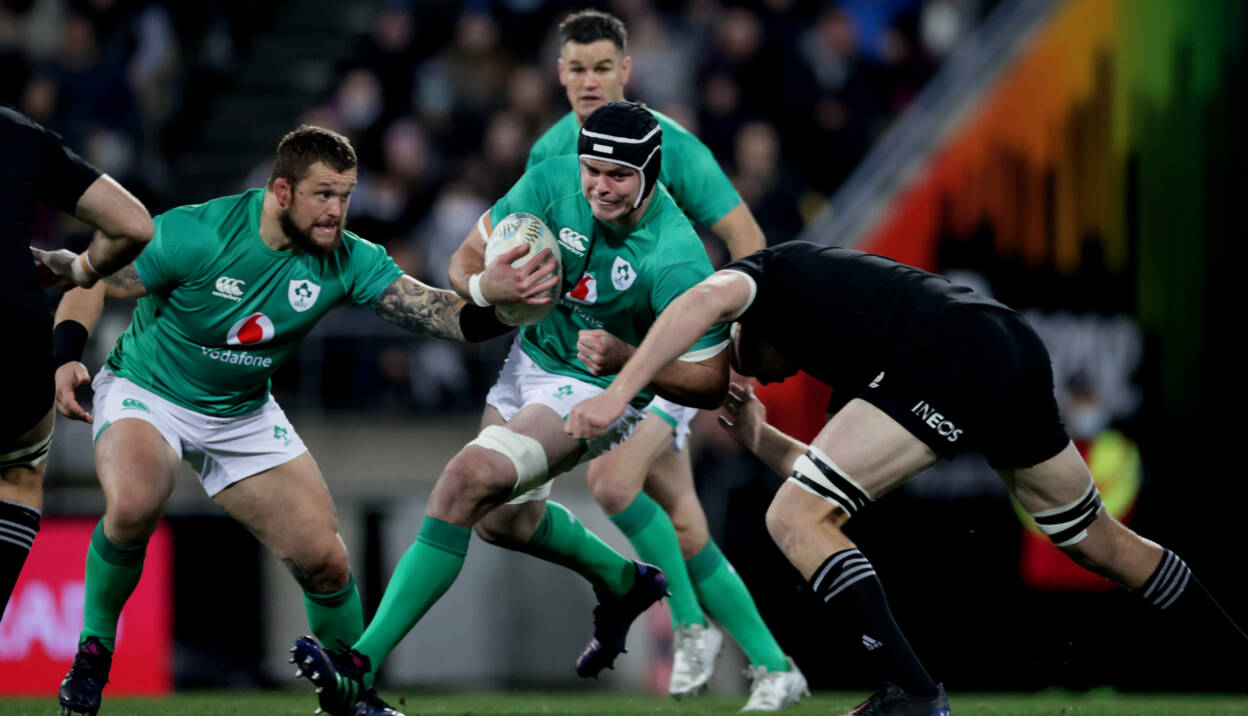 The lineout was an important launchpad for Ireland, setting up their first and fourth tries of the night. Ryan, as the lineout caller, was at the heart of it, along with throwers Dan Sheehan and Herring, and the various jumpers used.

Ryan and Beirne stole two New Zealand balls, the hard work put in on the training pitch and in the analysis room giving Ireland the edge at set piece time, despite a worrying first Test display where Whitelock and company were able to exert pressure.

“We put a lot of work into it, credit to Paul (O’Connell) and to the whole squad really, because even the guys who didn’t play tonight, the guys who weren’t involved, a lot of work was put into the week to test us and to make sure that we were ready for it,” explained Ryan.

“So, yeah, it was pleasing, because we didn’t get it quite right in the first Test. We had that conversation and we were a lot better in the second Test and better again in this final game. At this level scrum and lineout are so important.”

Players and coaches have spoken before about the similarities between Ryan and O’Connell, it was the young Dubliner’s attention to detail and drive to succeed which reminded Keith Earls of his former Munster and Ireland team-mate.

Speaking before O’Connell came on board as Ireland’s forwards coach, Earls said: “His mannerisms, the way James comes across, the way he speaks, everyone just listens straight away. He’s got that presence and that’s even off the field.

“Even off the field, he’s constantly working, looking at lineouts. He trains hard in the gym and for a young lad his body’s been through a lot already and he turns up every week.

“Similar to what Paulie would have done, he’d do whatever it takes to get the win at the weekend.”

Ryan was a big admirer of O’Connell as a player and having worked with him in an official capacity since January 2021, he reckons the Limerick man is ‘an unbelievable coach, so good on detail, and such a good motivator’.

“We’ve all enjoyed working with Paulie,” acknowledged Ryan. “No doubt he’ll look after the last few weeks and he’ll pick out things that we need to be better at again.

“That’s the great thing. We’re being challenged in this environment all the time. So yeah, we all love working with him.” 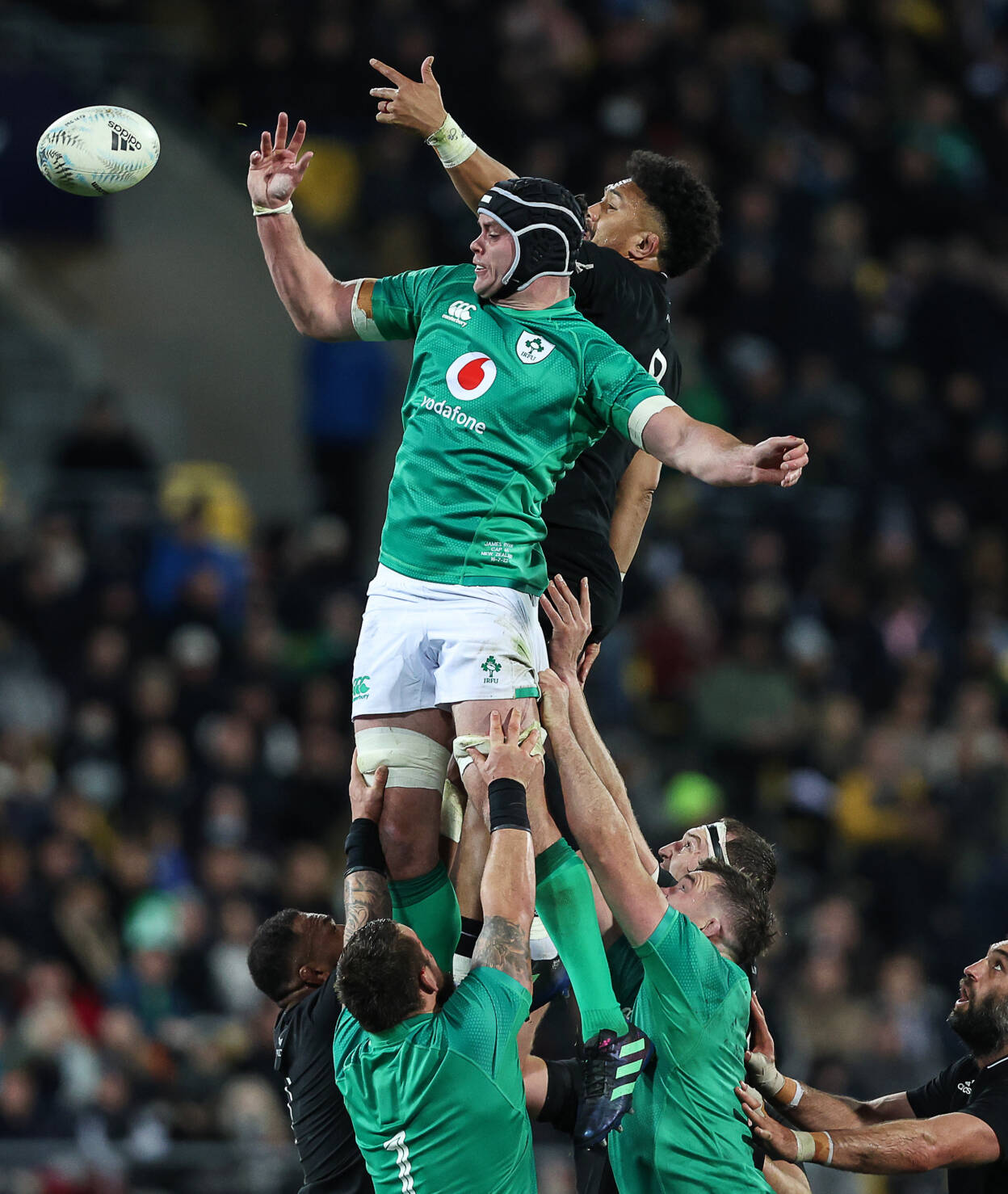 Ryan felt that Ireland had to back themselves when presented with that penalty just past the hour mark, saying: “The drive was going well. It’s just a ‘feel’ thing really. Sometimes they don’t go your way.

Sometimes you feel it’s the right option, they get in the air and a turnover, and then you probably get a bit of flak for not taking the points.

“But, sometimes you’ve just got to back yourself and we felt it was the right thing at the time, and I thought Rob did so well to finish it off the back.”

The historic series win on New Zealand soil has moved Ireland to number one in the World Rugby rankings, and has certainly whetted appetites for next season. Ryan is already excited to see what new heights they can scale.

Summing up the summer tour, he concluded: “(The tour has been about) the next 12 or 18 months, it’s about building towards that.

“If you look at the whole tour, a number of guys who have been given an opportunity to play at this level, and to build the depth of the squad and all those kind of things, will be good for us. A great tour, and we’ll look at it and be ready to go again in November.”

Sexton echoed those sentiments as the talismanic out-half gets to enjoyed a well-earned break, like the rest of his team-mates, before beginning his final year with Leinster and Ireland before retirement.

“It shouldn’t be beat New Zealand and then let’s wait for the World Cup,” commented Ireland’s second top points scorer of all-time, who kicked 25 points during the series to take his career tally to 1006.

“There’s plenty more to play – there’s big home games in November, there’s a Six Nations to play where we still haven’t achieved things that we want to achieve in that.

We had a Triple Crown this year, but a Championship or better would be something that we’re aiming for. So there’s no reason why we shouldn’t be trying to progress and do that.

“It’s very Irish to think, ‘oh, we have to take it easy now until the World Cup’. No, let’s keep making the most of it, let’s keep getting better.

“That has to be driven by me, as captain, and the rest of the leadership group to turn up and show the right attitude in September when we’re back playing for our provinces. Just keep getting better. That’s the key.”