Peter O’Mahony has experienced it all when facing New Zealand teams down through the years. From his defiant response to the haka as Ireland Under-20 captain to a deflating 3-0 series defeat on his first senior tour.

Thankfully, in more recent seasons, he has fonder memories of playing the All Blacks. Proudly captaining the British & Irish Lions against them in the 2017 series opener.

He played his part in Ireland’s home victories over New Zealand in 2018 and 2021, and now with three starts at blindside flanker, he was heavily involved in turning the tables on the home side as Andy Farrell’s men secured a historic 2-1 series win in Wellington.

Winning back-to-back Tests on New Zealand soil will go down as one of the crowning achievements of O’Mahony’s career. It seems a million miles away from that dark night in Hamilton back in 2012 when Ireland conceded nine tries without reply.

“I used to get up early and watch the All Blacks play, I used to be a fan. After losing 60-0 the last time I played a third Test in New Zealand 10 years ago, if you’d ask me were we going to win a series here in my career, I don’t know if I’d agree with you!,” he said, speaking after the 32-22 series-clinching success.

“But, standing here now makes me very proud of the group of people that I’m surrounded by, that I’ve toured with and I’ve trained with over the last 18 months or two years. The coaching staff and the people at home. Very proud.”

New Zealand became hot favourites to win the series after a clinical second quarter display in Auckland. A sudden burst of tries gave them a 28-5 half-time lead, and the eventual 42-19 result had Ian Foster’s men in the box seat.

However, O’Mahony and his team-mates never doubted their ability to right the wrongs of that first Test performance. He knew that they would do it if they stuck to their guns.

“There wasn’t a huge amount changed. That first 20 minutes in that first Test was probably one of the best we’ve ever put down. And then we fell off a couple of tackles, made a couple of bad decisions,” he told RTÉ Sport’s Michael Corcoran.

“You know, when you’re talking about the best team in the world arguably, the All Blacks, they have individuals that can change games. We knew for the second Test that we weren’t far off.

And obviously you go and win for the first time ever, and there’s lots of people that will say, ‘oh, that’s them after blowing up now’, because that’s the first one. The effort and emotion that that takes.

“There was a lot of guys out there that probably played some of their best games for Ireland and that’s what it takes over here.” 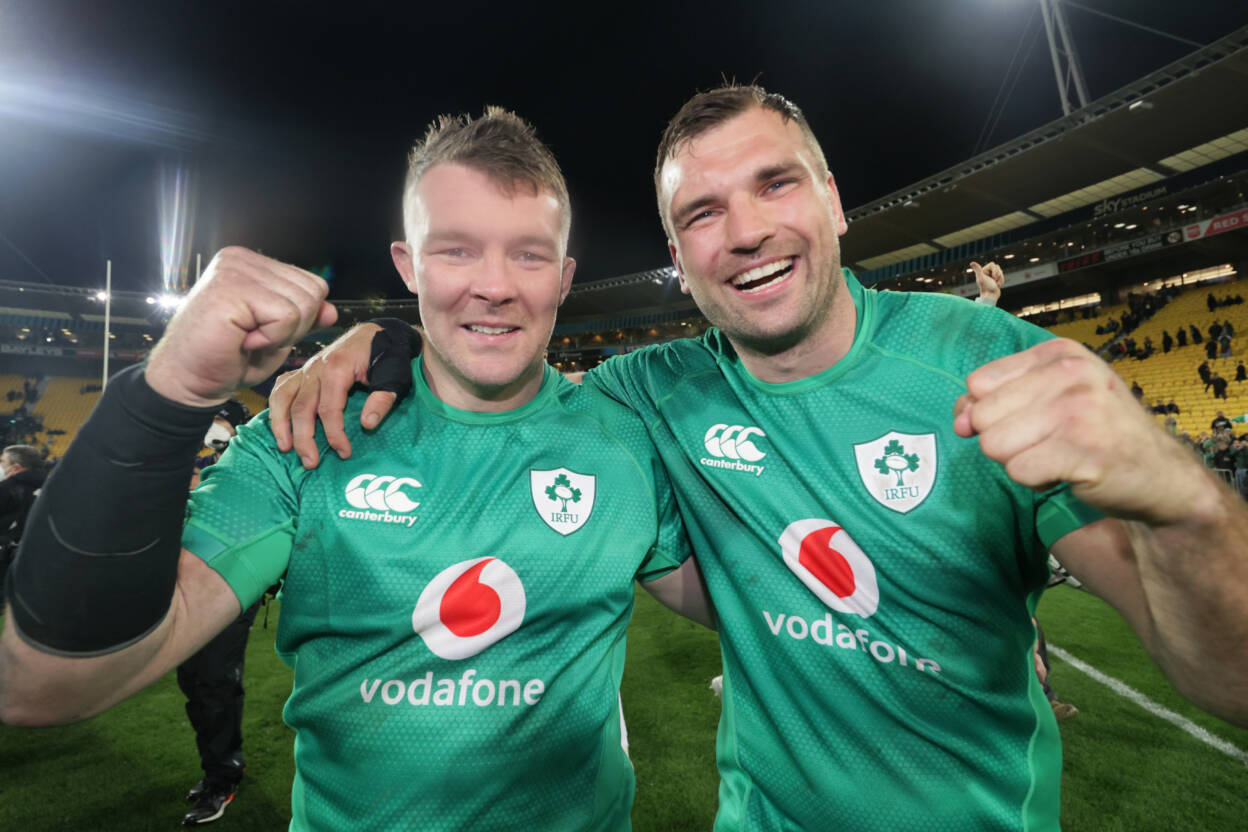 It has certainly been a barnstorming finish to the summer tour by the entire Ireland squad across the last week. Since falling 28-5 behind in the first Test, they have outscored the All Blacks 69-48 and by eight tries to seven.

Also auguring well for the immediate future, a number of young players caught the eye last Tuesday as Ireland drew their midweek series with the Māori All Blacks, maintaining that winning momentum at the ‘Cake Tin’.

As much as Ireland’s players showed they were physically up for it at the end of a long, hard season, their mental fortitude and resilience to bounce back from setbacks was also a key factor in their success on the pitch.

O’Mahony continued: “There were people saying, ‘oh, the backlash’, and New Zealand are going to come out of the traps. We talked about all that, we talked about what if we lost at home in the Aviva, how would we feel and what would we do?

“We also said what didn’t we do last week? How can we improve? We were really calm at times but we got a bit frantic. What if we’re calm all the time?

“You concede a few times after half-time there, and you look at the circle (of players) and it’s pure calmness. And you go, ‘Jeez, this is different animal stuff’. So, we’ve come a long way. We’ve come a long way from certainly the 60-nils.”

As good as the result was in Wellington, the high standards demanded by coaches and players alike mean there is always room for improvement. Ireland stood firm in defence, tirelessly making almost 200 tackles but some missed ones may have cost them on another night.

“I think the most pleasing thing is that we’ll look back at the game and we’ll look at areas that we let ourselves down in. Certainly our first-up tackling, our lineout defence,” added the Corkman.

“There’s plenty more in this Irish team, which is great. It means a lot (to win the series), of course it does. It doesn’t get a huge amount bigger than this with regard to world rugby and Test matches. It means a lot.”