Forwards coach Paul O’Connell spoke about some key areas of play that Ireland need to tidy up when reflecting on last night’s 42-17 defeat at the hands of New Zealand.

Set piece issues, with the All Blacks getting on top at scrum time, and costly errors in possession saw Andy Farrell’s side falter at crucial stages of the first Test, particularly in the lead up to half-time.

The hosts reeled off three converted tries in eight minutes, Sevu Reece streaking clear after an Irish pass went to ground, then Ireland were turned over at a ruck in their own 22 and Beauden Barrett quickly kicked through for Quinn Tupaea to score.

You got the sense it was not going to be Ireland’s night when the ball bounced loose from an Aaron Smith chip-and-chase and Ardie Savea swooped to score and make it 28-5 at the break.

That is not to take away from the high quality of New Zealand’s finishing on the night, the highlight being number 8 Savea’s superb solo score as he took advantage of some missed tackles to glide over to the right of the posts.

“It’s frustrating and disappointing, obviously. They are a very good side and they’re always going to score tries,” admitted O’Connell when giving his reaction to the opening Test of the series.

“I suppose we can’t give them access to those tries which we did a little bit, unfortunately, with some of our play. They got field position and scored some tries with excellent skill and good attacking play.

“But, at times…we had an exit lineout which we kind of executed, then got turned over at the ruck and they scored pretty quickly.

“We had an attack on their 22, unfortunately we put the ball down and they go the length of the field. Those kind of tries are the ones you can’t give away against them.

“For sure they are going to open you up at times, but those tries are frustrating. And then from our own point of view, we were over the line a few times and not to get those scores is tough. You need to take every single chance you can get.

“It was kind of similar to the Māori game the other night in that we gave them a bit of a head start and then when we had our chances to score, we just couldn’t seem to get the ball on the ground.”

One of the positives from the second half was that at least Ireland matched the All Blacks on the scoreboard, with converted tries from centres Garry Ringrose and Bundee Aki sandwiching efforts from Savea and debutant Pita Gus Sowakula.

Farrell’s men went close on a number of other occasions, most notably when replacement Joey Carbery and Josh van der Flier both lose control of the ball under pressure from Rieko Ioane, right on the try-line.

New Zealand also successfully defended their line on, holding up Andrew Porter, replacement Jack Conan and van der Flier before swallowing up an Irish maul in the final seconds.

Putting these chances away will be critical to Ireland’s hopes of turning things around in next week’s second Test, with O’Connell acknowledging: “We probably have to do something a bit different in terms of getting the ball onto the ground.

“Those are the ones where at times you can get held up, because they can put a lot of people around the ball and under the ball. I think last night the penalty count was 10-7 to New Zealand up until the last five or six minutes.

“The ref gave us a few penalties then towards the end of the game and that gave us field position to have those kind of attacks where you’ve a good chance of getting over the line, but the chances of scoring are becoming less and less.

“It’s getting very tricky in that part of the game because teams are good at getting under the ball and stopping you, and then it’s a goal-line drop out. You’re not coming back to a five-metre scrum like you used to back in the day.

“So, it’s been two games in a row (on this tour) where we’ve had that situation. It’s been frustrating for us. 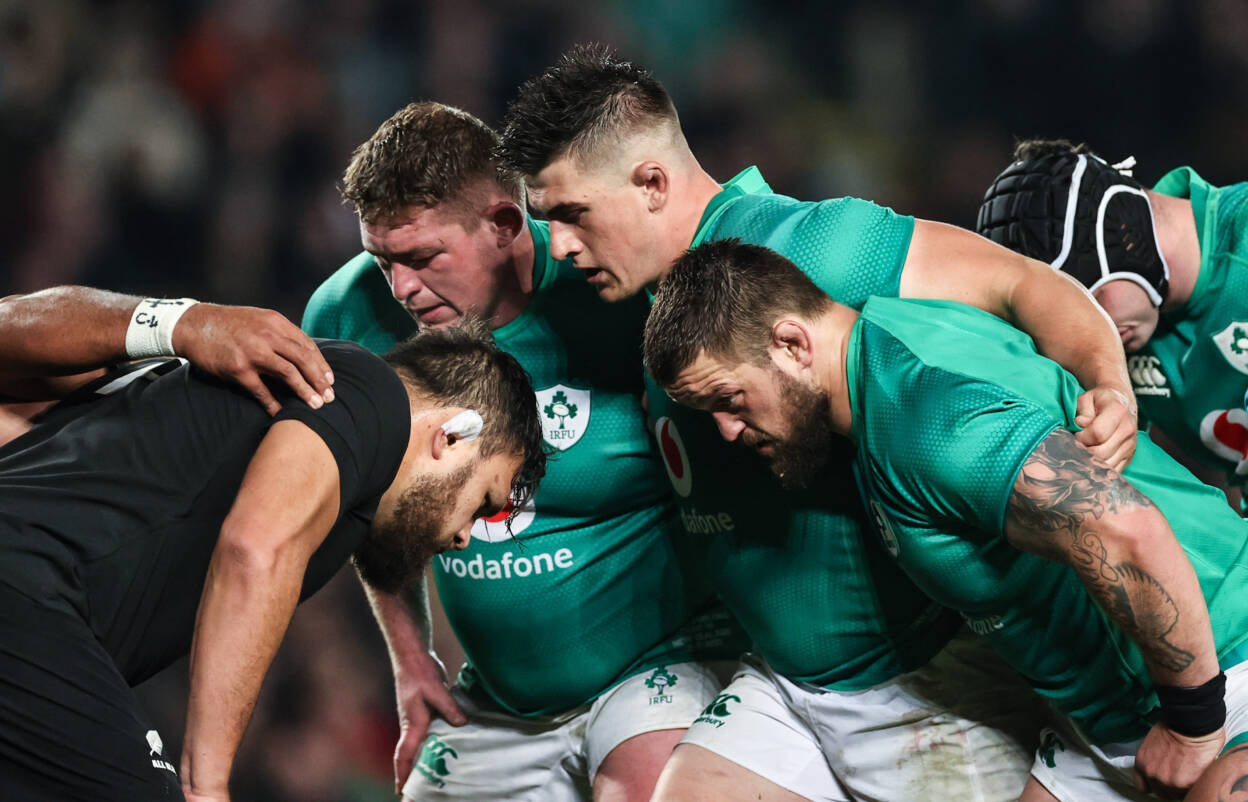 It was a huge night for young hooker Dan Sheehan, making only his fourth international start, and the lineout. He was one of the players to stand out for his overall contribution, but the scrum and lineout offered concerns for Ireland.

On the set piece problems they encountered, O’Connell insisted: “It was poor last night, no doubt about it. From a scrum point of view, some of the interpretation was frustrating but that’s something we’ll have to address and figure out.

“We had 17 lineouts, we lost four of them and another one we won but lost it immediately on the ground. Two of those (lost) ones were actually really good lineouts, we just got our drill wrong a little bit.

“Two of them they had quite good defence for, which you expect against New Zealand. They have a very good kind of mirror lineout, historically they’ve been very good against us, so that was a frustrating part of the game.”

The former Munster, Ireland and Lions captain added: “It’s an important part of our game in terms of being able to play our game and maybe stop the opposition play as well. When we have the ball and they don’t have it, it’s good for us.

When Ireland have played well against New Zealand in the recent past, the scrum and lineout have been areas of strength. For last November’s 29-20 home win, they had an 80% return on their own scrums and 82% at lineout time.

It was 100% (scrums) and 85% (lineout) when they won at the Aviva Stadium in November 2018, but from those two games there are some lynchpin forwards absent now in the retired Rory Best and Devin Toner, and the currently injured Ronan Kelleher and Iain Henderson. 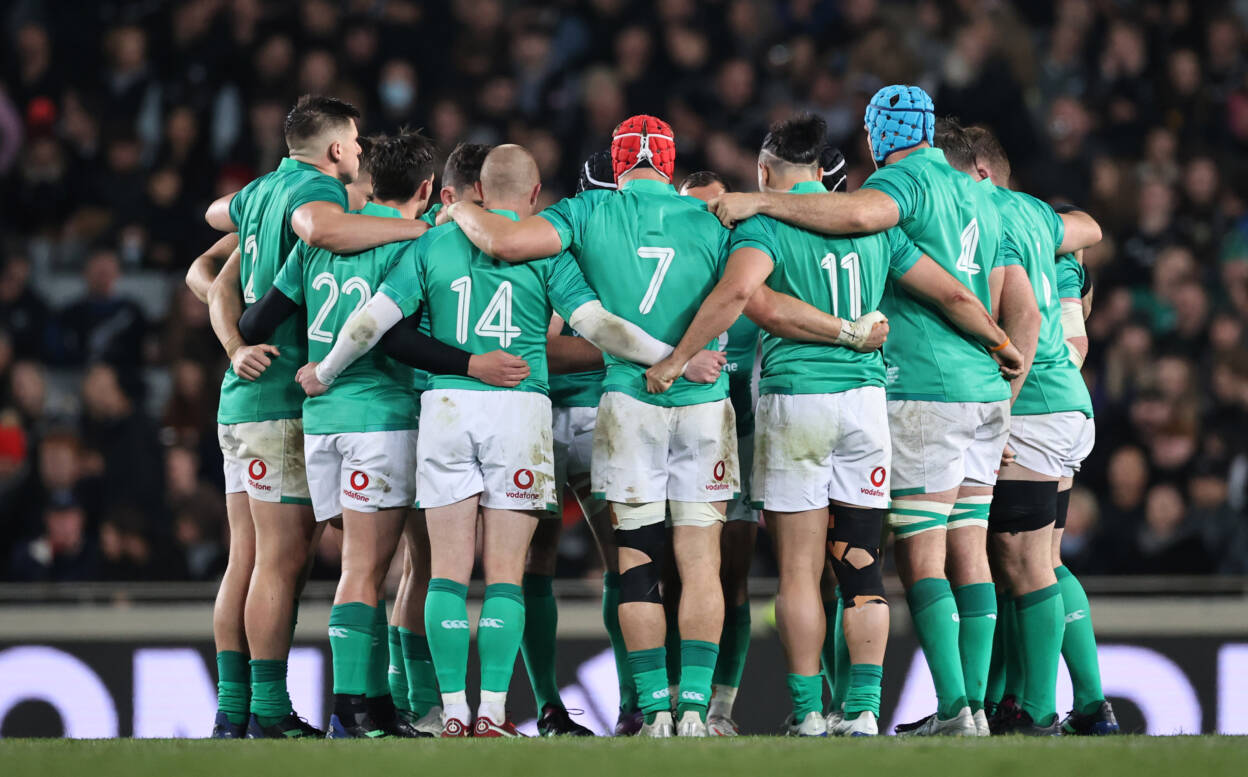 Regarding preparations for the second Test, with Ulster centre Stuart McCloskey flying out to join the squad as the latest injury call-up, O’Connell knows they can bounce back if they bring the error count down and sharpen up their discipline, in particular.

“It’s something we always say, they’re going to score tries and make line breaks. We have to score as well, one of the ways that we score is by being very tidy in how we go about our own business,” noted the Limerick man.

“At times we weren’t that last night. I know we finished with the penalty count at 14-10 or something like that, but up until the 70th minute it was 10-7.

“One or two of those penalties are just penalties that we don’t need to give away. Some penalties in rugby are inevitable, there’s nothing you can do about it. It’s the nature of the game.

“But there’s some penalties you can avoid giving away and we didn’t manage to do that. When they get into your half or 22, they’re just very effective. They have great speed and great power.

“They’re very good in unstructured play, once the ball has been in play for three or four phases they’re very good. So we’ve got to stop giving them those opportunities.