Twenty teams of boys and girls from all over Ireland have been drawn to play in the Aviva Mini Rugby National Festival at the Aviva Stadium on Sunday, May 22.

Following the excitement of the Girls Festival and four Provincial Festivals since January, we now look forward to what promises to be a celebration of mini rugby and an incredible experience for all the boys and girls. 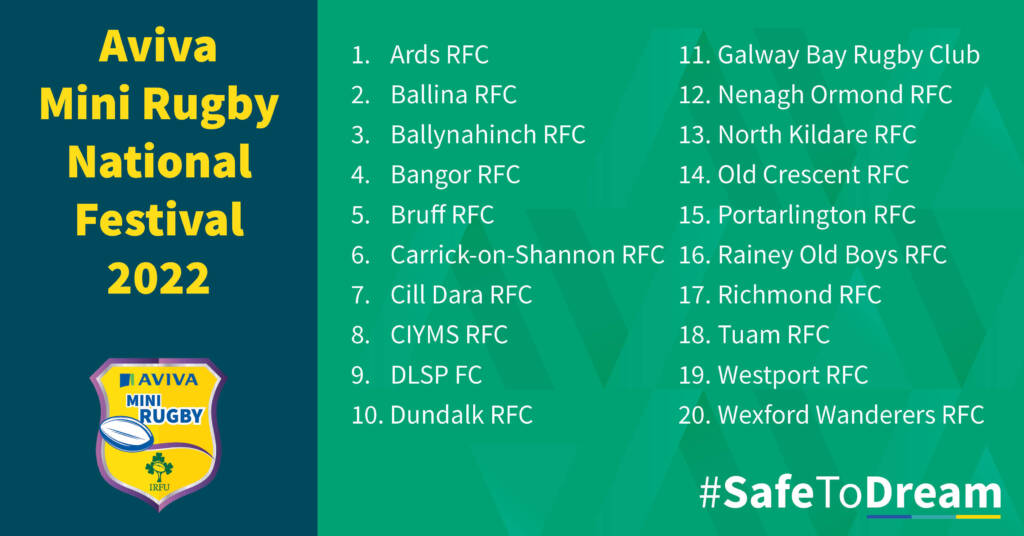 “Throughout my playing career I was always thankful to the coaches at grassroots level who laid such solid foundations for me to progress as a player.

“The Aviva Mini Rugby programme provides coaches at our grassroots clubs with the supports they need to deliver quality coaching to their children – coaching that will stay with them for years, on and off the pitch.

It is also fantastic to see the country’s youngest players be given the chance to mirror their heroes by playing at Aviva Stadium for the first time, which will only fuel their dreams of playing for Ireland.”

Take a look back at the 2019 Aviva Mini Rugby National Festival: