Clontarf have arguably been the standout team across the entire Energia All-Ireland League this season. They have only lost once and are currently on an exceptional 14-match winning streak.

One very tough final obstacle stands between them and a third Division 1A title, their last one coming in 2016 when a certain Joey Carbery grabbed the headlines with a brilliant individual performance.

‘Tarf’s opponents in Sunday’s final, Terenure College made a statement of their own by winning 14 of their last fifteen All-Ireland League matches. It should make for an entertaining showdown at the Aviva Stadium (kick-off 3pm).

Number 8 Tony Ryan has been an indomitable figure in Clontarf’s back row for many years. He is hoping they can put the icing on the cake to what has been a very enjoyable season, but he is not underestimating the threat of Terenure.

“Seasons like this don’t come around very often,” he admitted. “It’s been great craic, especially when you’re winning it’s just really enjoyable. We’re a really tight group, it would be great to win this together.

“I’m not getting any younger so you’d want to be making the most of these opportunities!”

Hailing from Enniscorthy in County Wexford, Ryan started playing rugby there at the age of eight where he came up through the youths system, representing Leinster at different age grades before winning the Provincial Towns Cup with the Enniscorthy senior team in 2012 before moving on at the start of the 2013/14 season. 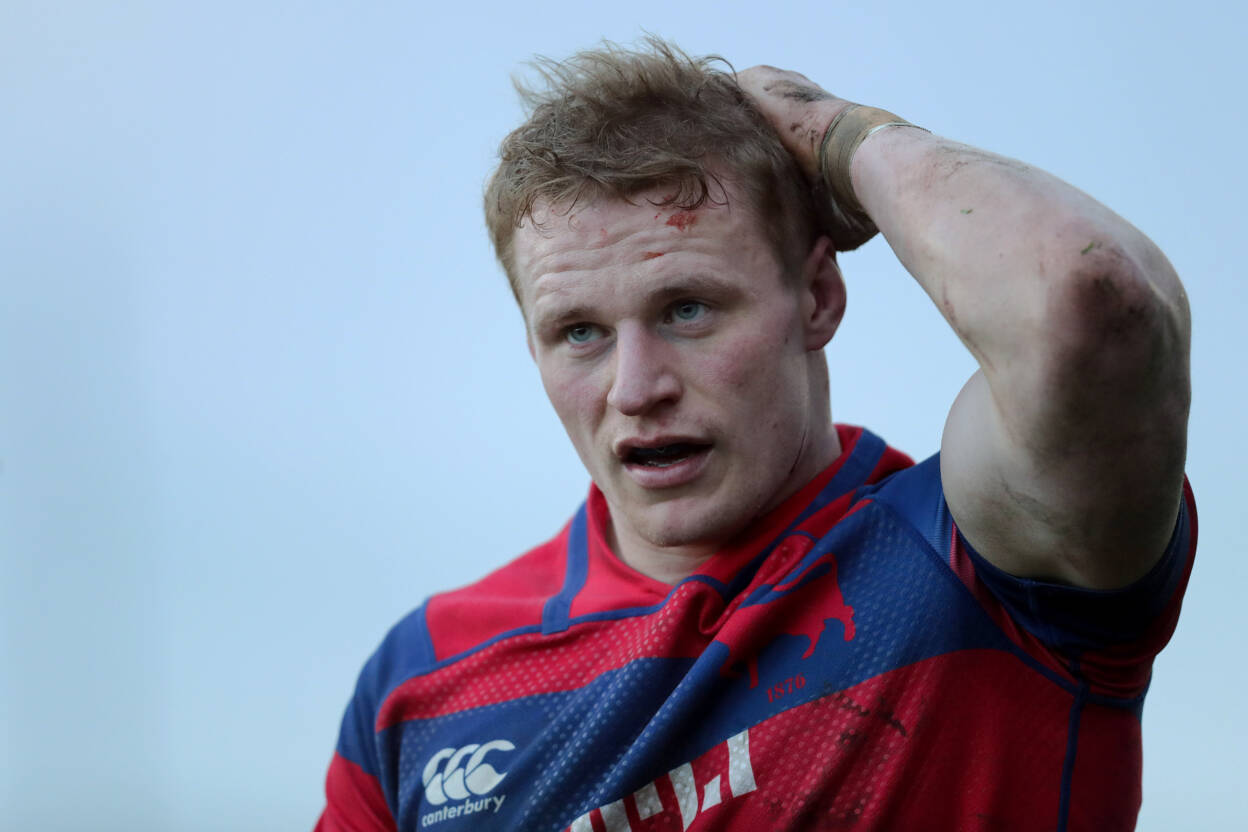 He is backing his home club to go on and win the Energia All-Ireland League Division 2C crown, they are battling it out with Skerries this weekend in the promotion decider.

“Enniscorthy have a very good team and a lot of my friends would be playing there. I do think they’re good enough to win, fingers crossed for them.”

Ryan made the move to Castle Avenue in 2013. Declan O’Brien, who was head coach in Enniscorthy at the time, is good friends with Clontarf boss Andy Wood. Those connections helped with the move and he was an AIL champion in his first season at the club. 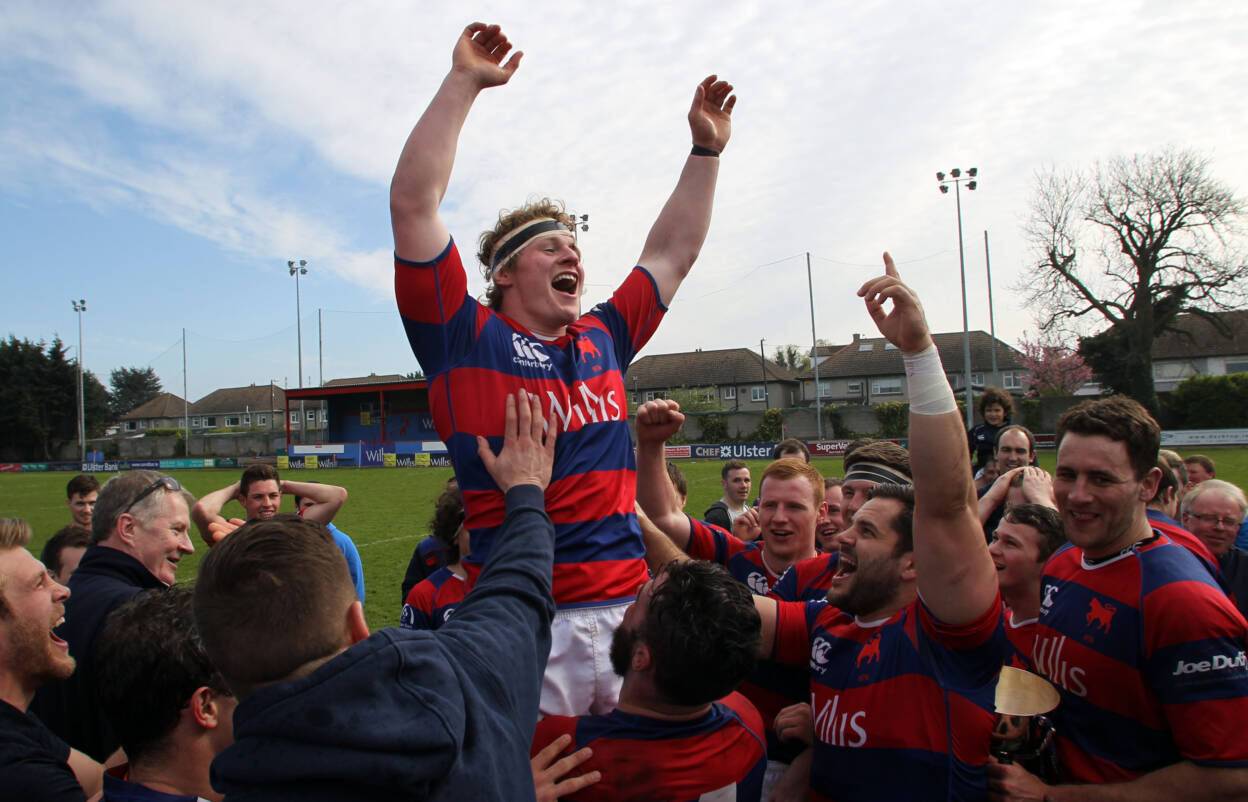 Wood was in charge of ‘Tarf between 2007 and 2009 and then returned in 2011 to begin his current run as one of the longest-serving club coaches in Ireland. Ryan has the height of respect for the New Zealander.

“Woody is a great coach. He’s from New Zealand originally but he’s a Clontarf man during his time as a coach and a player. Guys like Karl Curran, who does the backs, and Ian Smith, who does a lot of the J1 stuff, have been great and it would be great to get a win for those guys.”

Like most successful clubs, Clontarf have a well-mixed blend of young and experienced players in their squad. Captain Matt D’Arcy, his twin brother Adrian and Angus Lloyd have all been there and done that, still maintaining high standards.

Youngsters like tighthead prop Ben Griffin, who only turned 21 in December, and Alex Soroka, David Hawkshaw and Brian Deeny, who are all away with Leinster in South Africa, have really stepped up to the plate.

Capped by Leinster himself in 2015, Ryan believes that Wood’s men have to stick to what they know in order to beat Terenure in this much-anticipated league decider.

We’ll just do what has been working well for us which is using our forwards, playing to our strengths. We’ve also got a serious back-line with the likes of Michael Courtney and Matt D’Arcy.

“We’ve got speed on the wings with Cian O’Donoghue and Michael Brown, so we’ll be trying to play it at every opportunity. We need to just focus on ourselves.”

Terenure have no shortage of talented players themselves. Captain Harrison Brewer and Jordan Coughlan have been key men in driving the pack to another level, with Cathal Marsh and Alan Bennie getting the best out of a back-line that includes 14-try winger Craig Adams.

Ryan is expecting a tough battle this weekend, acknowledging: “Terenure are always very physical and it’ll probably go up another notch this weekend. They play a really nice brand of rugby and we are well aware of all their threats.”

The north Dubliners have had some memorable victories this season. They put in a dominant display to beat Lansdowne on the Aviva Stadium’s back pitch in February, and got the better of Cork Constitution on three separate occasions which Ryan admitted is special because it is so rare.

“We had some big wins on the road this year and we beat Cork Con three times this season and I don’t think I’ve ever beaten them twice in a season,” said the 30-year-old. “Beating them last week was massive because they can be a bit of a bogey team for us.” 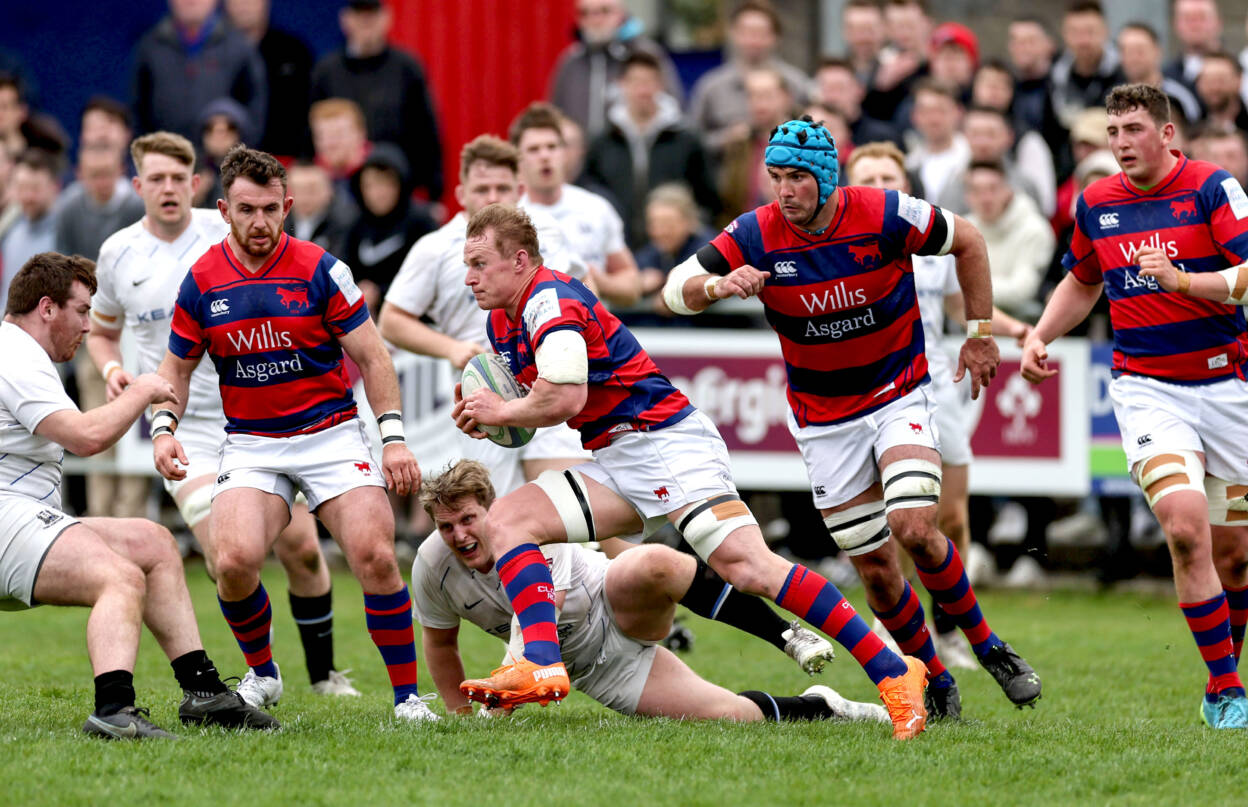 Flanker Adrian D’Arcy is set to hang up his boots after the final and who knows who else might decide to call it a day. Finishing the season on a high is hugely important to the whole group, according to Ryan.

“Adrian and Matt are born and bred Clontarf and they live and breathe the club. They’re serious leaders on that team. We’ve been successful in the last few years but how you measure success is more about the finals we win.

“Whether or not they’re retiring, it would just be great to get the win for the guys who might be moving on at the end of the season.”

He added: “There’s great hype around the game and I think the AIL deserves it. I hope there’s a big crowd and it’s a nice day.

“Everyone is talking about the fact that we’re two great community clubs with a big following. I just hope for a great day and a Clontarf win obviously.”