Ulster rivals Queen’s University and Ballymena meet for the second time in quick succession, this time with a play-off final place up for grabs. Cashel or Buccaneers will join them in the promotion decider.

Queen’s University head coach Derek Suffern will be telling his players it is time to finish the job after dominating the regular season with 15 wins, a mammoth 672 points scored and a handsome haul of 14 try-scoring bonus points.

Queen’s have not been promoted since winning the Division 3 title back in 2010, while tomorrow’s semi-final opponents, Ballymena, have steadied the ship under John Nicholl since being relegated from the second tier in 2019.

Nicholl knows their recent 33-20 defeat of Queen’s will count for little come kick-off, saying: “Queen’s have been the best side in the league all season. But it’s a semi-final, we’ll have a crack at it and anything can happen. They’ll be expecting to win, but to be honest, I’m expecting to win too.”

Little separated these sides during their two regular season encounters, Buccaneers winning both games (18-16 at home and 43-38 away) to book-end the campaign but Cashel were already assured of second place when they met two weeks ago.

Neither showed their full hand that day so a fascinating duel awaits, particularly up front where Cashel will lay down a physical marker through captain Cathal Ryan and talented loose forwards Mikey Wilson and Fearghail O’Donoghue.

Buccs will need to gain parity in the forward exchanges, where Connacht prop Sam Illo could have a crucial involvement. Shane Layden brings his experience to the midfield, while exciting youngster Ruaidhri Fallon is one to watch from full-back.

A repeat of November’s 24-12 triumph over Nenagh Ormond would do nicely for Rainey Old Boys. These are two high-stakes clashes to close out Ian McKinley’s first season in charge of the Magherafelt men.

Averaging just under 13 points per game, improving their conversion rate in attack is vital for Rainey’s survival. Handling errors cost them at key stages during their 38-0 loss at Nenagh in February, despite some promising build-up play.

Nenagh, whose scrum half Nicky Irwin is an injury doubt, ended their losing run on the road by beating MU Barnhall 45-28. Director of rugby John Long told the Nenagh Guardian: “Staying up is huge. I spoke to the players recently and I said, look, it’s not about me, it’s not about you. At this point it’s about the club – keeping that status and that identity for Nenagh Ormond.” 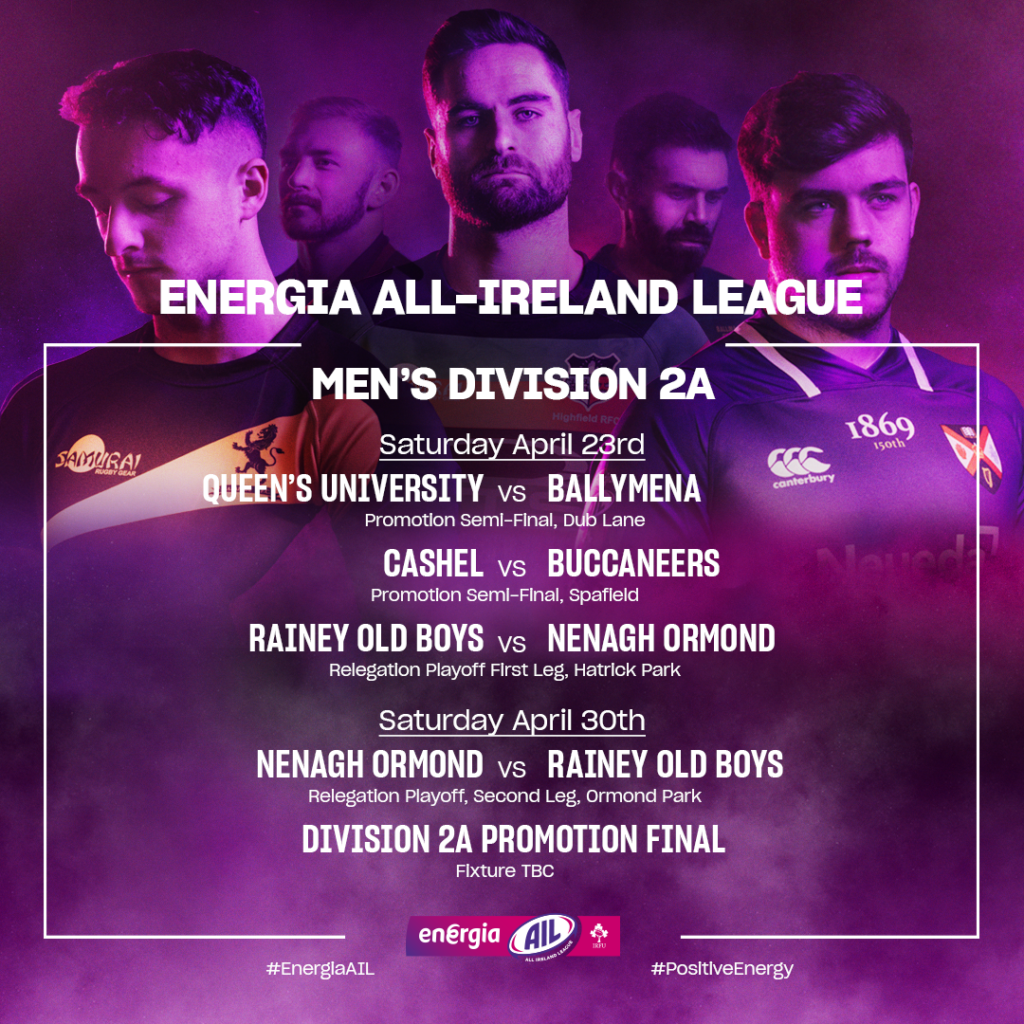