Two mouth-watering provincial derbies will decide the promotion play-off finalists in Division 1B, while Navan and Banbridge clash in the opening leg of their relegation shootout.

Preview: Old Wesley and Naas have built up quite a rivalry in recent years. Who could forget the 2019 play-off semi-final at Energia Park, the hosts advancing as 20-17 extra-time winners before missing out on promotion at UCC.

This time Morgan Lennon’s men will have home advantage if they can make it through to another decider. Thirteen changes have them back to full strength to face Naas, with Ian Cassidy and Ben Murphy at half-back and JJ O’Dea re-joining captain Iain McGann at lock.

Former professional Craig Ronaldson is set to be Naas’ only change, coming in at inside centre. “We haven’t been happy with our two performances against Wesley this year,” said second row Paul Monahan. “Between us it’s always close. We have every bit of belief that we’ll come out on the right side of it.”

Preview: These Munster rivals played out two defence-dominated encounters during the regular season. Highfield lost 6-0 in Limerick before drawing the return game nine-all in January, with out-half James Taylor missing a late penalty.

Ben Murphy returns on the right wing for the Corkmen, who also give starts in the pack to prop Cillian Buckley and lock Eoin Keating. Shannon, meanwhile, bring in winger Josh Costello, fresh from his Ireland Under-19 debut.

Jack O’Donnell also features out wide in a Jake Flannery-led back-line, and Conor Glynn and Jordan Prenderville are set to start in the front row. Munster forwards Declan Moore and Daniel Okeke will provide impact off the visitors’ bench.

Preview: Banbridge’s 28-18 final round victory in Armagh was not enough to keep them out of the relegation play-off, but head coach Mark McDowell wants a repeat of that performance which saw them erase an early 10-point deficit.

“I know only too well that Navan will be equally determined to retain their status,” he said. “But the lads showed what they’re capable of against Armagh. If we can reproduce that then what has been an incredibly difficult season can end on a high.”

Despite some heavy recent losses, Navan’s home wins over Armagh and Banbridge – 30-20 back in October – show the threat they can carry. Ben Daly and Evan Dixon strengthen the back-line, with captain Conor Farrell one of five changes up front. 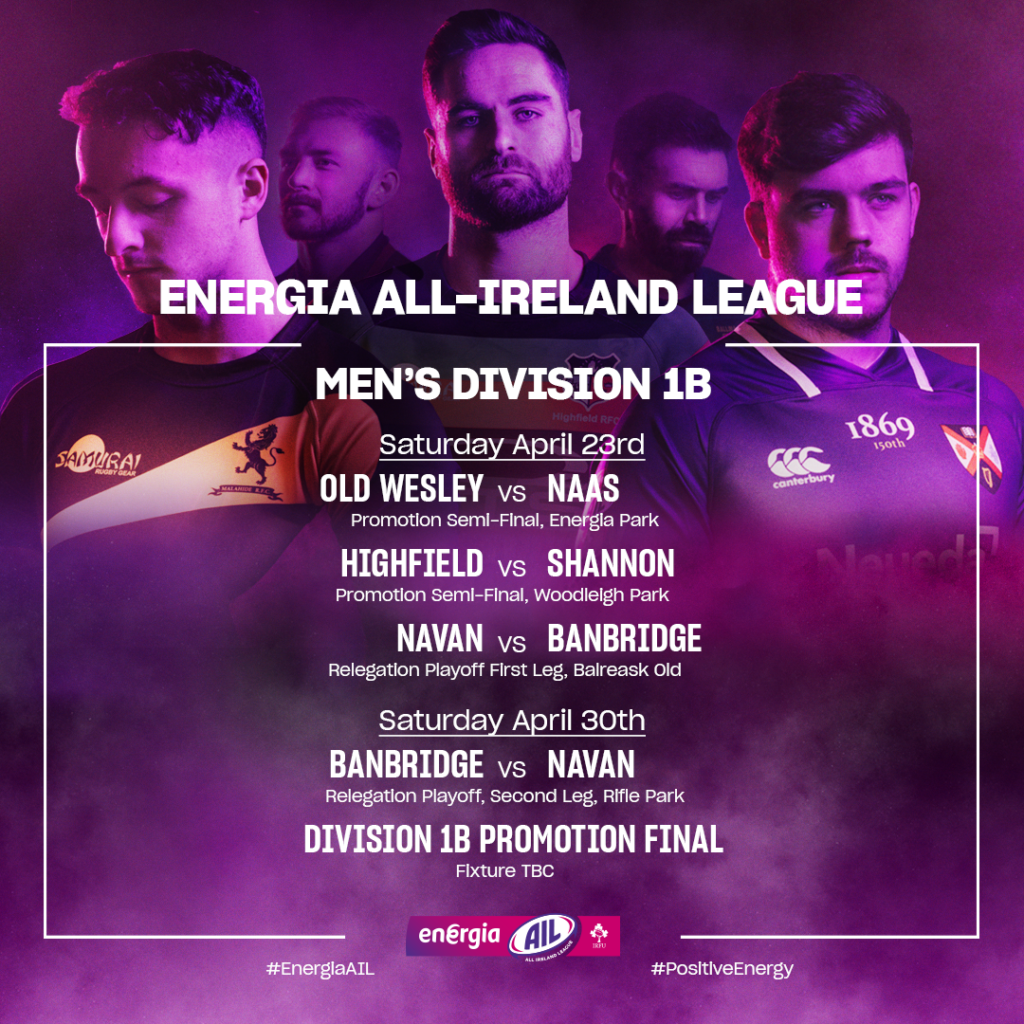