Ireland flyer Aoife Doyle said beating Italy in the third round of the TikTok Women’s Six Nations has helped to create a real buzz of excitement within the new-look squad.

Following back-to-back defeats to Wales and France during the opening two rounds, Ireland got their first win under new head coach Greg McWilliams courtesy of a well-judged 29-8 victory over the Azzurre at Musgrave Park.

With a trip to Leicester to face defending champions England this weekend, Doyle believes it was important to get themselves up and running for 2022 with that Cork result.

“There’s huge excitement in the squad. Obviously last week we got our first win, that has really created a buzz around the group because the first two weeks unfortunately were two losses,” said the Limerick native.

“We’re international athletes and you want to place yourself up against the best in the world. That’s ultimately what England are at the moment.

“They’re the best team in the world so we’re really looking forward to just going out there on Sunday and giving it our best shot against them. England likes to always have their hands on the ball.

“We’re looking at our defence this week heading in against England because we’ve just been looking at their ball play. How well they’re able to move it wide on the pitch. That’s our main focus going in on Sunday, the defence.”

When she made her debut in the 2015 Six Nations, a tournament that ended with Ireland being crowned champions, Doyle was one of the youngest players in a squad that was filled with experienced campaigners.

Seven years later, the roles are reversed as the now-26-year-old finds herself as one of the more established figures in the national 15s set-up, despite having previously spent several seasons as part of the Ireland Sevens programme.

There are others (like Eimear Considine and Sene Naoupu) who been involved with the 15s side for quite some time and while Doyle feels that wise heads will be needed for the challenge that awaits them on Sunday, she can also identify with the youthful exuberance of the new faces in the squad. 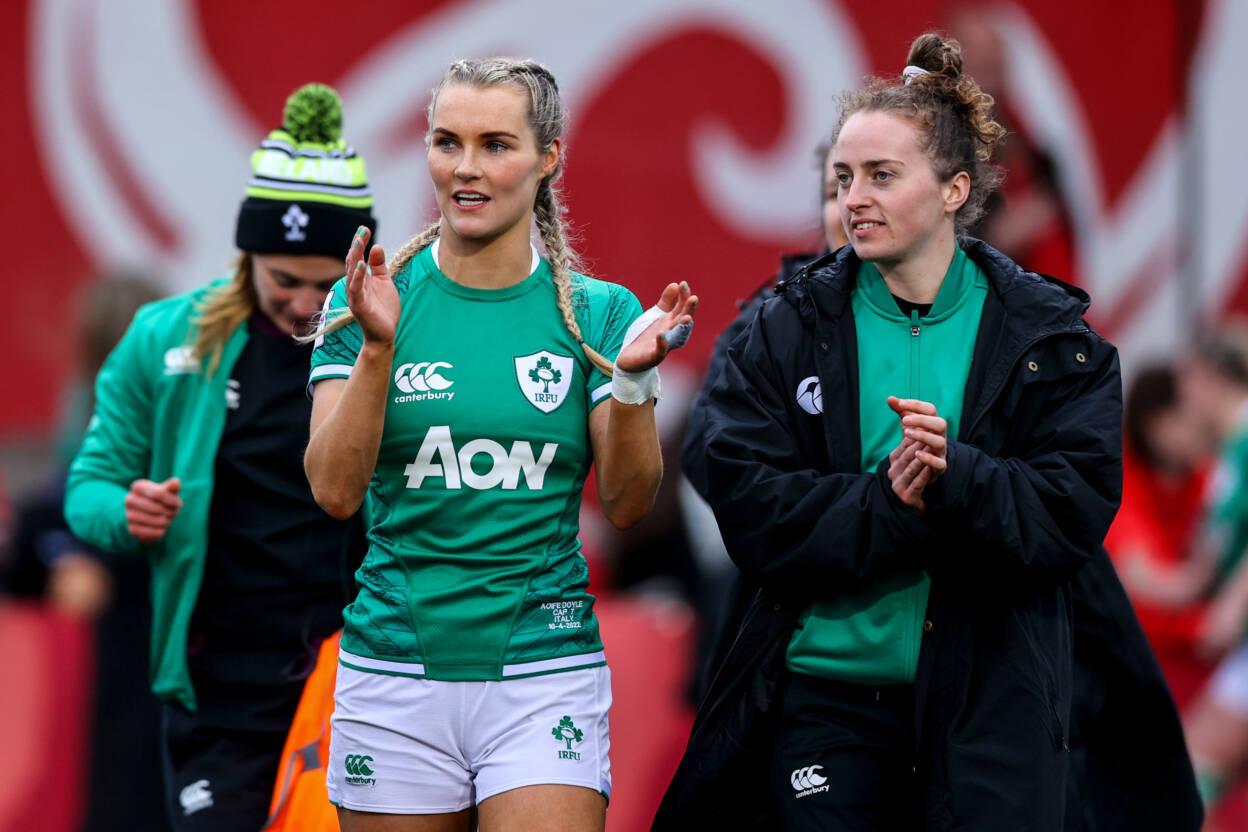 “Experience definitely is important, but for us we’re building a really good squad at the moment. The majority of our squad are young girls who just want to play, just want to get on the pitch.

“They’re going to be helping us this weekend massively, because a lot of them have never played England before. They’re just excited to go out there and play these fantastic athletes, and go out there as a squad.

“Experience definitely will be important, but I think we have a really nice balance of experience and fresh faces in that squad as well. Both really blend well together.” 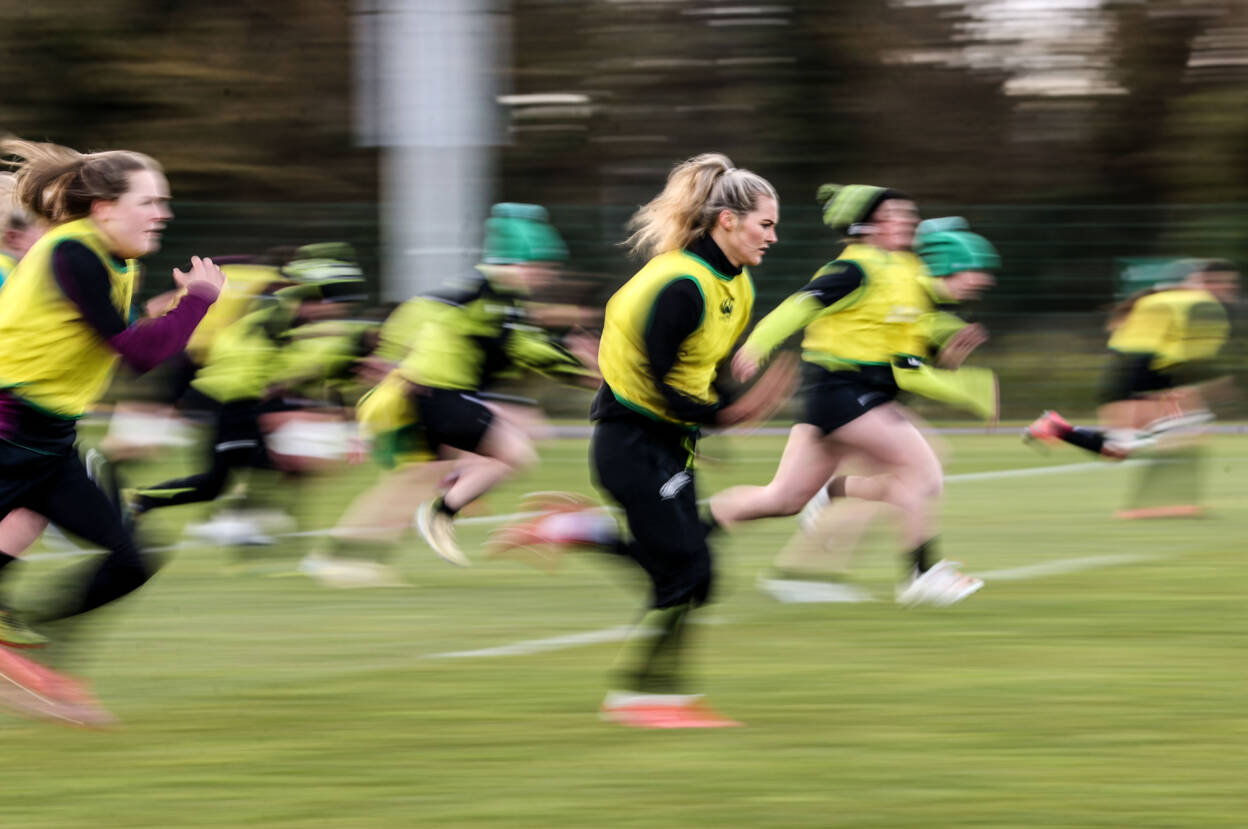 Last Saturday, at the tail end of a down week in the TikTok Women’s Six Nations, Doyle and the rest of the Ireland squad got together for a training camp at the IRFU High Performance Centre.

They are not due to come together as a full collective until tomorrow (Thursday), when they will make sure to hit the ground running having done their own training as individuals and in localised groups during the week.

Doyle, the Railway Union and Munster winger, explained: “We meet at the weekends. We just met on Saturday. When we go away from Saturday, Greg is always in touch with us on the WhatsApp in terms of our plans for the weekend.

Backs moves, forwards moves, we’re all in different WhatsApp groups. The onus is on us ahead of Thursday to review our plans, review our strategies, that when we meet again Thursday morning we’re all ready to go.

“The Dublin-based players last night (Tuesday), we had a skills and gym session. A couple of us get to meet ahead of Thursday. Girls in different provinces, they also have their training (on Tuesday) too.

“Behind the scenes you tick away yourselves, physically and mentally, so that we’re able to get going on Thursday morning.”