At the end of 100 plus minutes of pulsating rugby at Lakelands Park, the Dublin University Under-20s retained the Fraser McMullen Cup with a 28-23 come-from-behind victory over UCD.

The last club to lift the trophy in both 2018 and 2019, Tony Smeeth’s Dublin University side found themselves staring into a five-point deficit heading towards the end of normal time.

However, a Conor Booth try brought Trinity back on level terms and with full-back Harry Colbert amassing 10 consecutive points during extra-time, they gained the upper hand over their arch rivals.

UCD did fire back late on in the additional periods with a fine finish from replacement Oisin Spain, but they ultimately fell short as Trinity were left to celebrate a famous Fraser McMullen Cup three-in-a-row.

As has been the case in previous years, this showpiece decider was stacked with some of the country’s finest prospects. UCD’s matchday squad featured no fewer than five of Ireland’s Under-20 Grand Slam-winning squad.

James Culhane, Conor O’Tighearnaigh, Fionn Gibbons and Dylan O’Grady were all included in the starting line-up, while Mark Morrissey, who was ever-present during the U-20 Six Nations campaign, was on the bench. 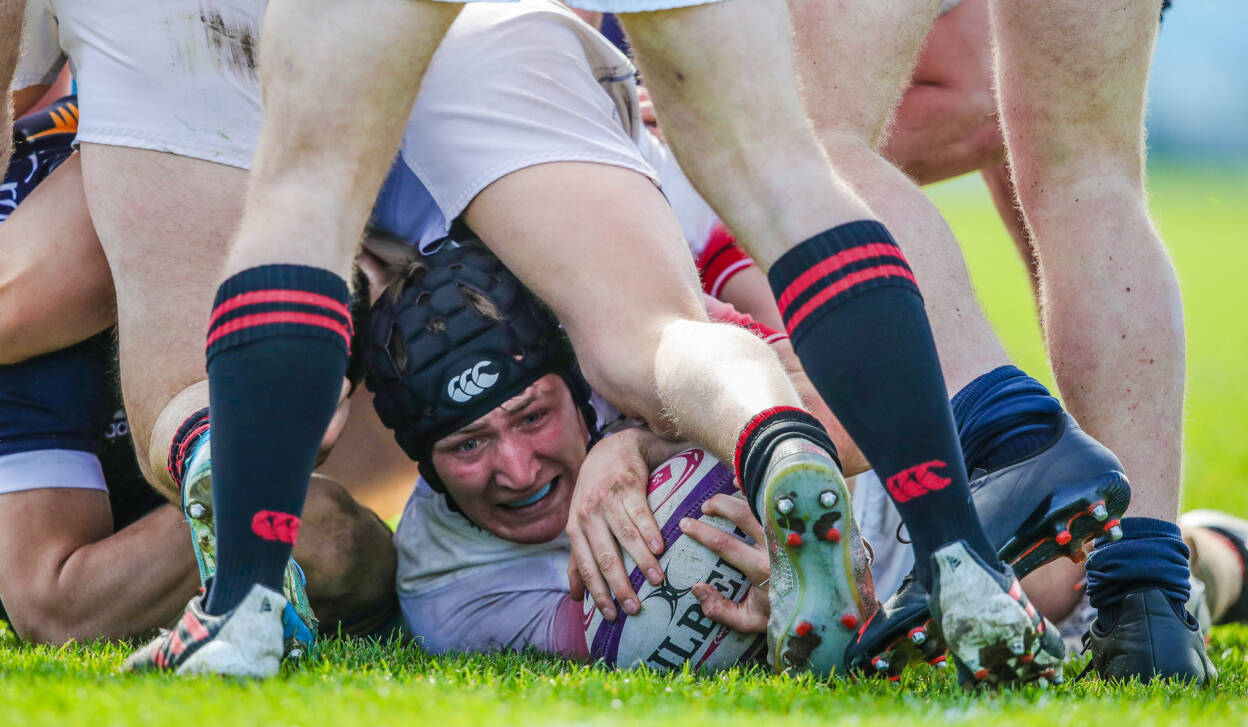 Centre and captain Louis McDonough and scrum half Cormac King have featured for the club’s senior team in the Energia All-Ireland League this season. Ulster Academy forward Harry Sheridan was held in reserve.

It was a high-octane opening spell with UCD’s O’Grady and Trinity hooker Oisin McCloskey making strong breaks at either end of the pitch. Yet, it was UCD who broke the deadlock at the home of Terenure College RFC.

Eight minutes in, scrum half Michael Moloney latched onto a superb Culhane offload out of a double tackle to spring over and continue his fine form in this All-Ireland U-20 Cup competition. He quickly added the conversion for 7-0. 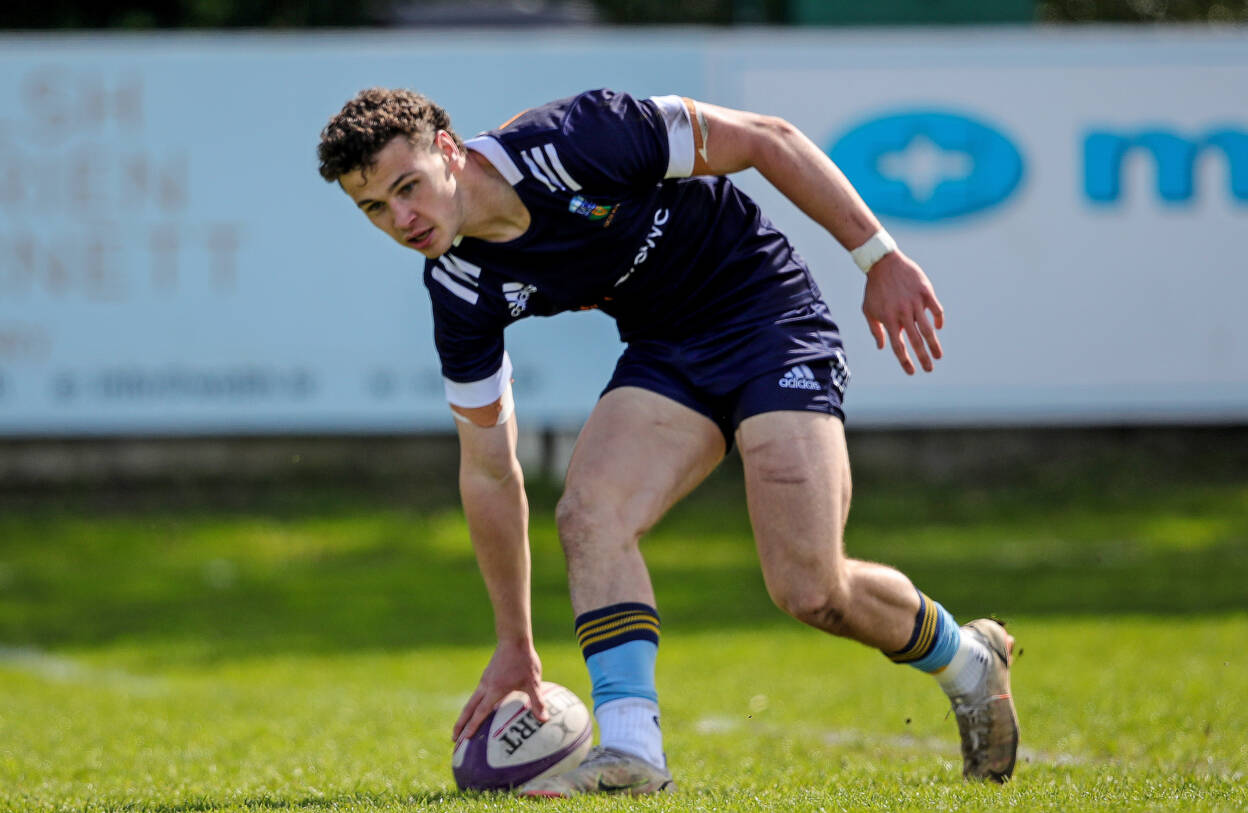 Despite this setback, Trinity were playing with great intent and opened their account with a routine penalty from out-half Hugh O’Kennedy on 18 minutes.

It did not take long for UCD to restore their seven-point cushion, however, with Moloney comfortably finding the target off the tee.

The concession of this three-pointer spurred Trinity on, and after King was halted shy just of the line on 29 minutes, the ball was recycled out towards the right flank.

Colbert was on hand to release McCloskey for a simple finish and with O’Kennedy adding a successful conversion, the sides were back level at 10-all.

This threw down the gauntlet to UCD, but they responded in devastating fashion. Off a lineout maul just past the half hour, Charlie O’Carroll touched down to edge Ian Wyse’s charges back in front. 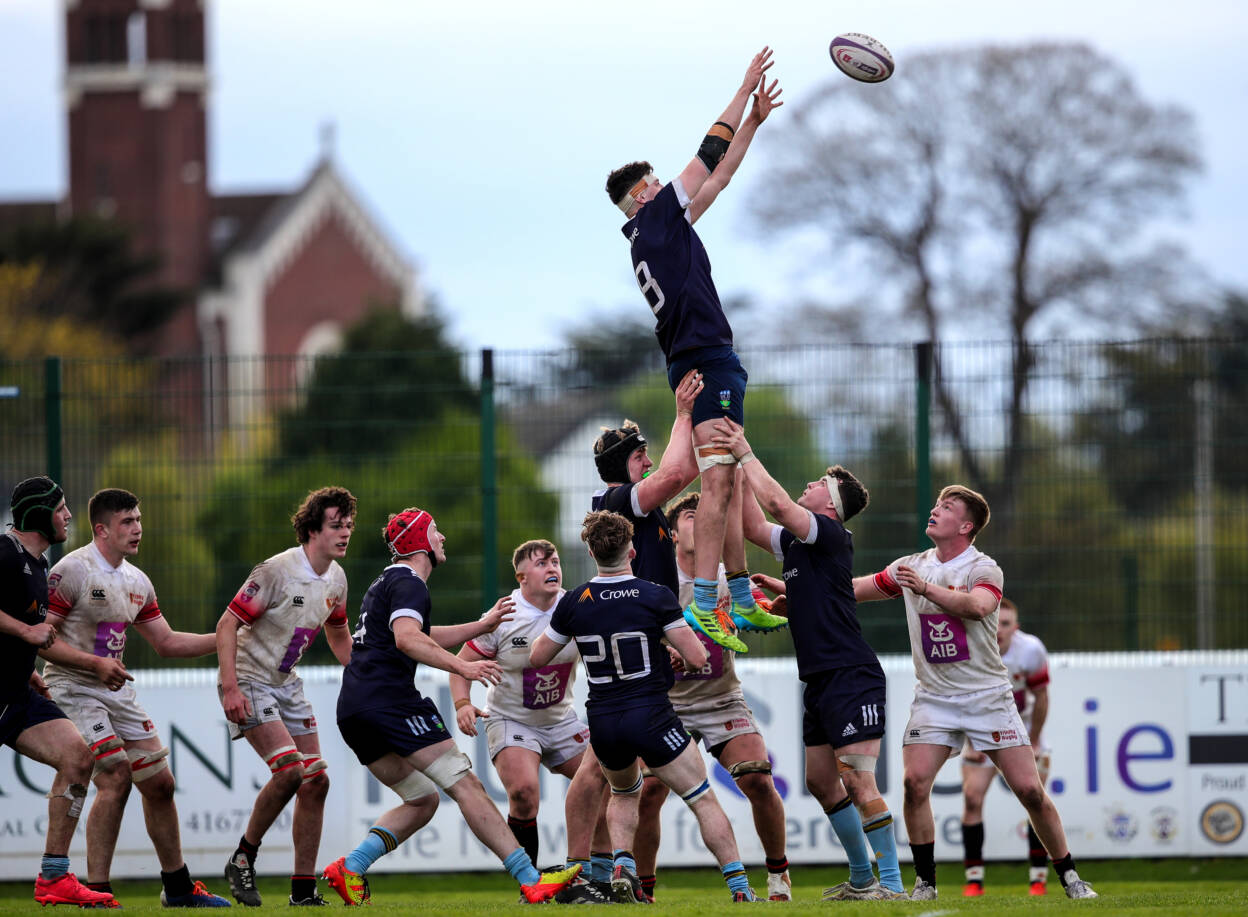 Although Moloney was wide with the tricky touchline kick, UCD turned around with a 15-10 advantage and looked in a good place on the restart.

In contrast to the first half, the second period was quite stop-start with some injury stoppages making it difficult for either side to establish attacking momentum.

Having dug deep to deny their opponents a try, Trinity reduced the gap to just two points with a well-struck O’Kennedy penalty in the 58th minute.

Still, a UCD triumph appeared to be on the cards when Moloney increased his own haul with another place-kick effort. Trinity had other ideas, though.

Smeeth’s youngsters sensationally wiped out UCD’s lead when O’Kennedy picked out raiding flanker Booth for a cracking run-in from the edge of the opposition 22. 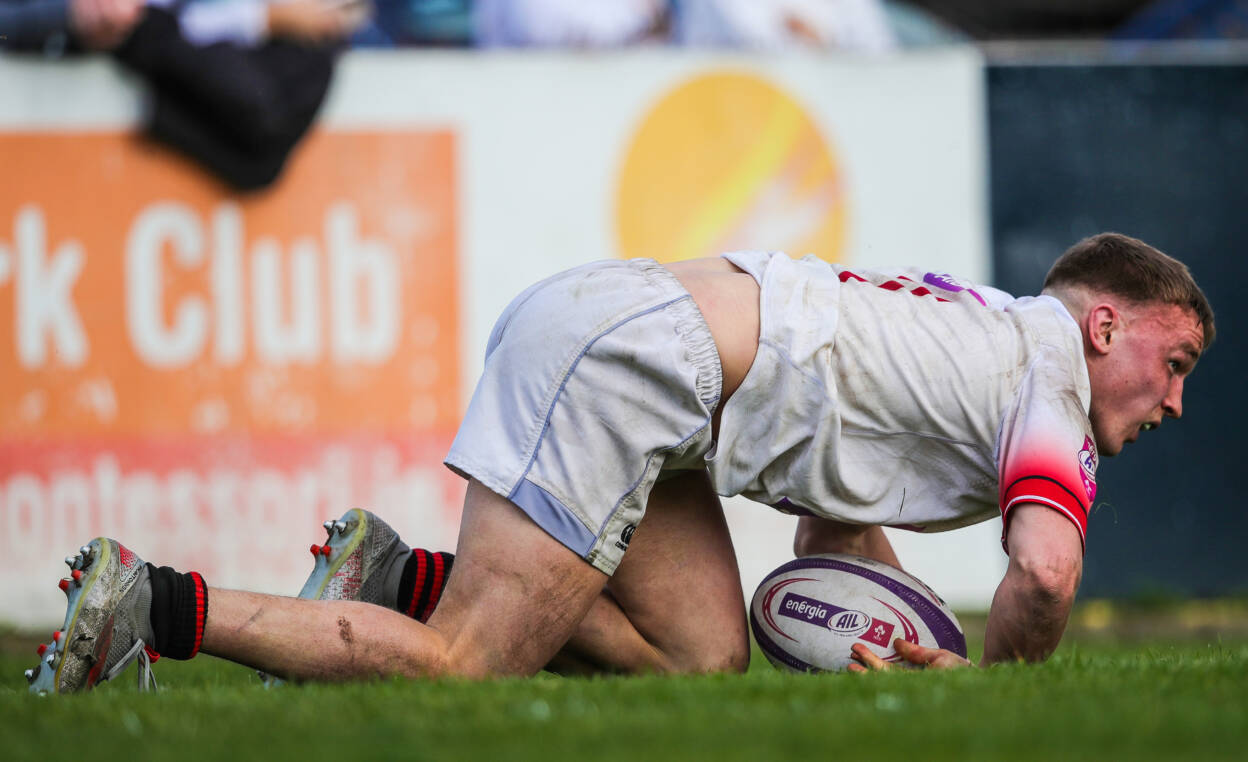 O’Kennedy’s wayward conversion left the door open for UCD at 18-all, but Moloney’s own miscued penalty in the dying embers of this exiting game ensured that extra-time – 10 minutes each way – was required to produce a winner.

This was Colbert’s signal to take the final by the scruff of the neck. Fed by a jinking McDonough, he superbly grabbed Trinity’s third try as he burst past Peter Ford to score from 40 metres out, just minutes after the restart.

The left-footed full-back then contributed five points off his trusty right boot (a conversion and a penalty) to leave Dublin University in the driving seat with 10 minutes remaining.

In spite of being second best in the possession stakes for the majority of the closing stages, Trinity remained calm and composed.

Spain, propelled through a gap by O’Tighearnaigh’s inviting pass, gave UCD some late hope, but their old foes held on. It was All-Ireland U-20 glory again for Trinity, who play Old Belvedere in next week’s McCorry Cup final. 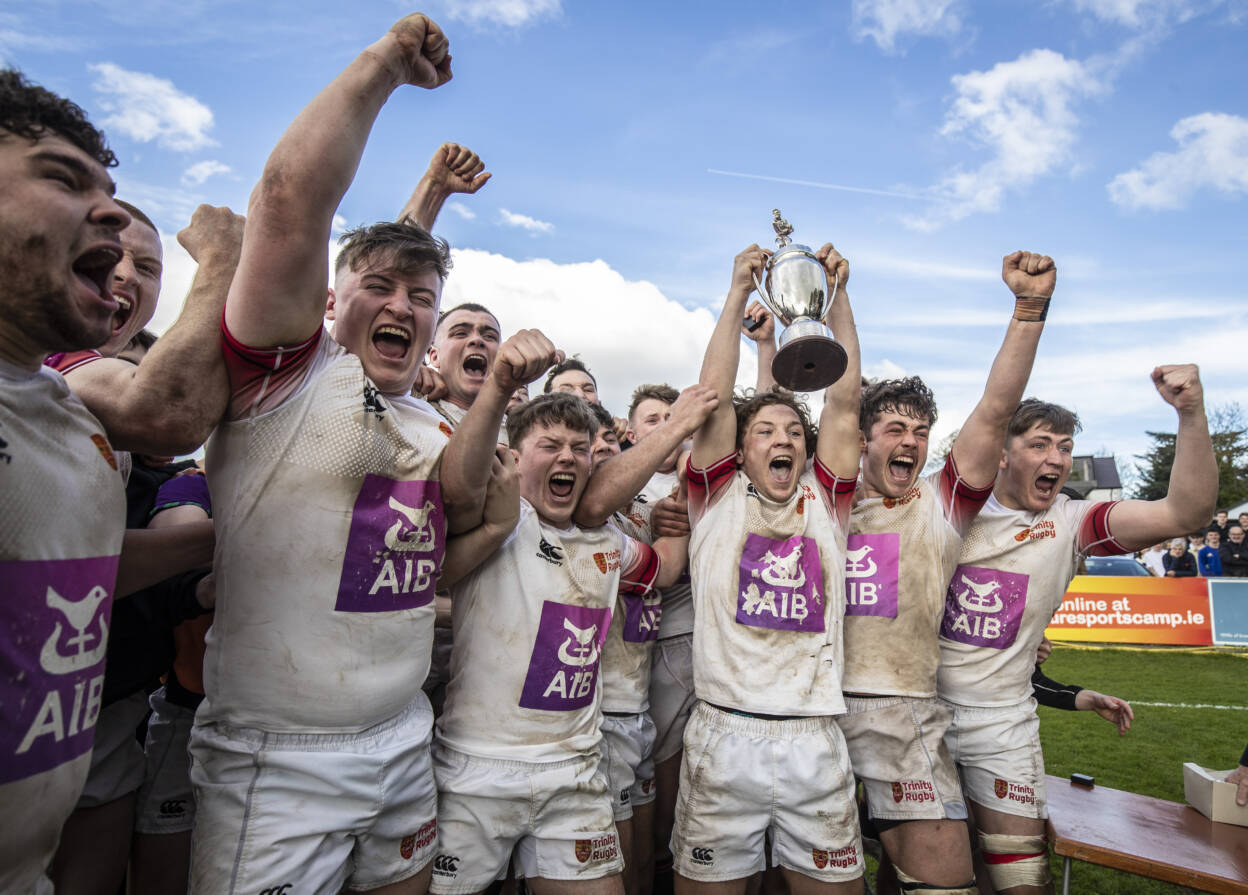 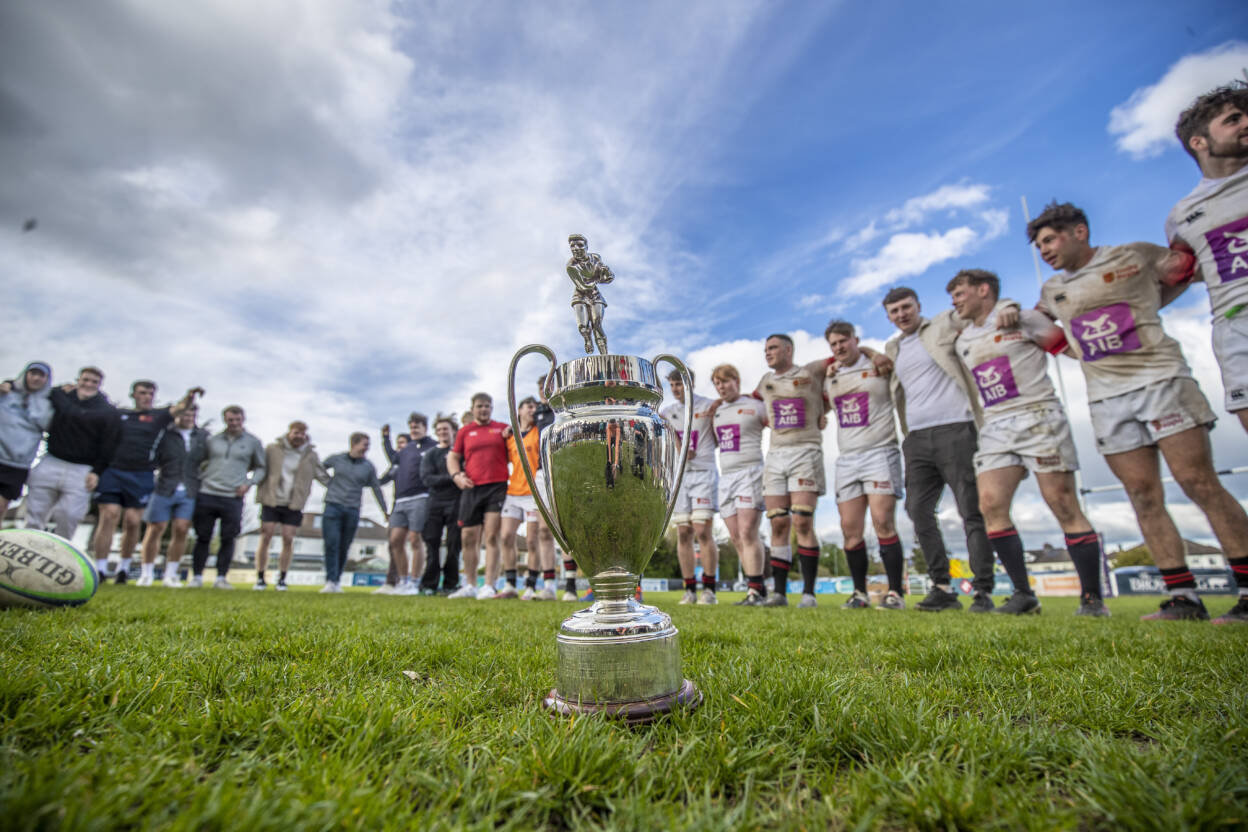