Five members of the Ireland Under-20 Grand Slam-winning squad will chase more silverware when lining out for UCD in Saturday’s Fraser McMullen Cup final against holders Dublin University.

Preview: Some of the best underage players in the country will be on show in this Easter Saturday showdown at Terenure College RFC, with Dublin University bidding for a famous three-in-a-row of All-Ireland Under-20 Cup titles.

Tony Smeeth’s Trinity side beat Clontarf (41-21) and UCC (41-24) in the 2018 and 2019 deciders, before the Covid-19 pandemic forced the cancellation of the Fraser McMullen Cup for the last two seasons.

Coached by Ian Wyse, the UCD U-20s are aiming to bring the trophy back to Belfield for the first time in 10 years. James Culhane, the U-20 Six Nations Player of the Championship, will feature at number 8 for them.

UCD qualified for the final thanks to last Sunday’s six-try 45-34 victory away to Lansdowne. Scrum half Michael Moloney scored two tries and kicked four conversions as the students moved into a 28-3 half-time lead.

“We’re really looking forward to tomorrow’s match but are under no illusion how tough it will be,” said Wyse. “Only nine points separated the two teams in our two league encounters. Trinity provide a comprehensive challenge, they are a threat from everywhere and are a very well-coached squad.

“Unfortunately we have picked up some injuries over the past few weeks which will see Zach Harrison, Paddy Sherwin, Shane Mallon and Rory McGuire miss out. Zach has been ever-present and has been a very important member of the squad.

“The team is led by out-half Niall Carroll, who had led by example all year and has been ably supported by the likes of Fergus Hughes, Hugo O’Malley, Tommy O’Connor, Charlie O’Carroll and Jack Ward Murphy up front.

“In the backs Michael Moloney and Thomas Quinn have shared the number nine jersey all year, Simon O’Kelly, following in his brothers Ian’s footsteps, has performed really well along with Peter Ford, Cormac O’Brien and the unique Jack Deegan.” 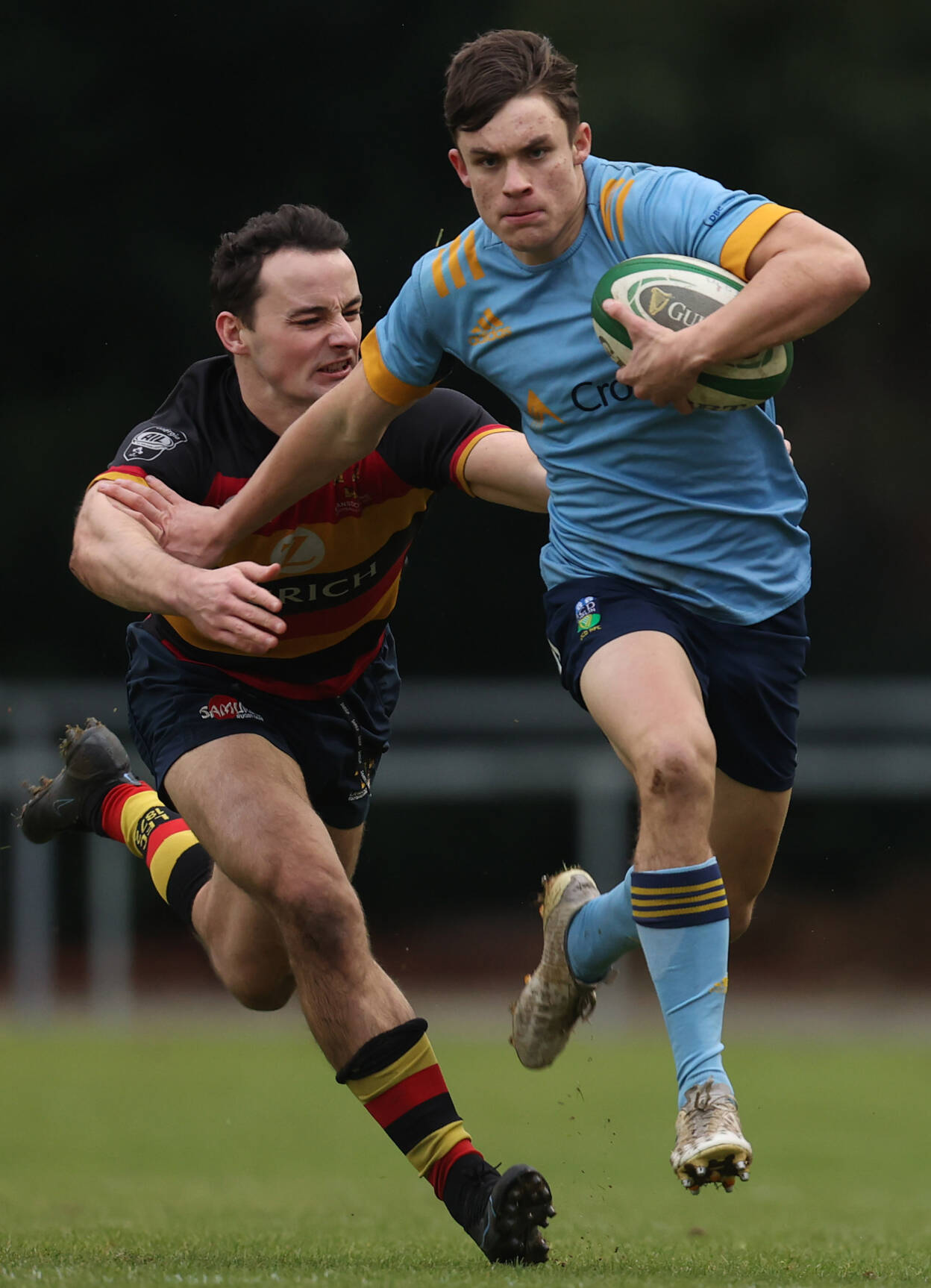 Ulster Academy forward Harry Sheridan, who was an Ireland U-20 international last season, is on the bench for Trinity who are certainly battle-hardened after coming from behind to beat Old Belvedere 17-13 at the semi-final stage.

Max Dunne, younger brother of Leinster lock Jack, starts in the second row, while Louis McDonough and Cormac King, two key backs at inside centre and scrum half respectively, have had a number of run-outs in the Energia All-Ireland League.

Smeeth’s charges lost 13-10 at home to UCD back in November in the JP Fanagan Premier 1 League, and College were also 9-3 winners at Belfield in February. So there is very little between the sides.

Although their senior team narrowly missed out on a Division 1A semi-final place, Trinity’s Under-20s always seem to play their best rugby in play-off situations. They are fighting for another trophy next week in the McCorry Cup final against Old Belvedere.

Proud Mullingar RFC product Conor Gibney is one to watch in the centre for Trinity. Noah Pim, who is on the bench, is a son of former Leinster captain Chris. The starting pack has a St. Michael’s College backbone, provided by Dunne, Stephen Woods, Dylan Ryan and Conor Booth.

Trinity have won the Dudley Cup and retained the Colours trophy against UCD so far this season. Three could be their magic number as they face their great rivals for the first time in a Fraser McMullen Cup decider.