Taking over from the recently-retired Ciara Griffin as skipper, Fryday produced a strong performance in the second row and played her part in ensuring that the hosts were 14-5 to the good at half-time.

Ireland were still ahead by nine points moving into the final quarter, but 17 unanswered points from the Welsh saw them come out on top for their first Six Nations victory since 2019.

Speaking in the aftermath, Fryday commented: “I’m hugely proud of the girls, the performance we put out. There were glimpses of really positive stuff for us. We’ll take our learnings from the things that didn’t go well, but the girls left everything on the pitch.

“I said at the start of the game we had to empty the tank and come in knowing we did everything we could. That’s what the girls did. I’m proud of them for that. We’ll take our learnings and move on.”

Elaborating further on the positive aspects of Ireland’s play – in front of a record crowd of 6,113 for a standalone Women’s Six Nations fixture on these shores – Fryday said: “I think in parts of that game you saw glimpses of the attacking game we’re trying to play.

“We have serious backs, and in the pack we have extremely skilful players. The offloads from Sam (Monaghan) to Linda (Djougang) for that try, that’s just something you dream of as a forward. There are huge positives.

“Wales did exactly what we said they would do. Their power game is something they are known for, and maybe that bit of experience they had, but we still had positive patches in that game.

“I’m extremely proud of the girls for sticking with it and not giving up. We have France next week, so we have no choice but to put our heads down, make fixes and focus on next week.”

Next Saturday’s showdown with the French at Stade Ernest Wallon in Toulouse will be another tough encounter for Fryday and her team-mates, who include the newly-capped Aoibheann Reilly and Anna McGann.

Although she was speaking shortly after yesterday’s action-packed opener in Ballsbridge, Fryday was able to recognise the areas that Ireland will need to improve on for their second round trip to France. 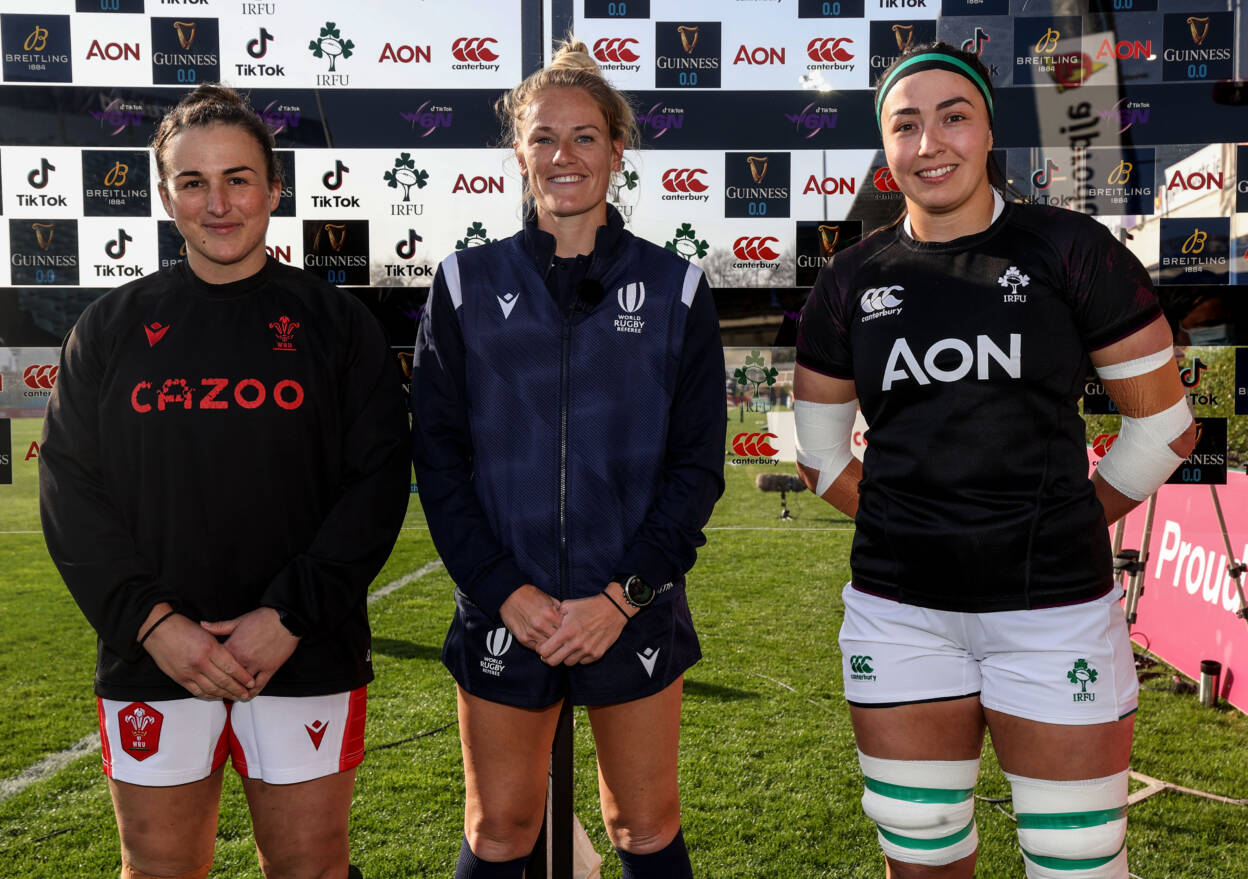 “We will take our learnings from that match and implement as much as we can during the week, and just get onto the pitch and do exactly the same and more next week. We want to make sure we’re making those gain lines,” noted the Offaly native.

“Our discipline let us down today (with the amount of penalties) so that’ll be a focus next week. You can’t give those penalties against France because they will crucify you for that.

“For us now, we have to go back and look at what we can implement for next week, and just take our learnings from this match.”