The Ballinasloe RFC conveyor belt of talent continues to produce players of great potential, the latest of them being scrum half Aoibheann Reilly who makes her Ireland 15s debut on Saturday.

Less than a week on from Ballinasloe native Matthew Devine’s involvement in the Ireland Under-20s’ Grand Slam success, Reilly, another of the east Galway town’s sporting stars, will start against Wales in the opening round of the TikTok Women’s Six Nations.

The 21-year-old helped Connacht win their first ever IRFU Under-18 Women’s Interprovincial title in 2018, alongside Beibhinn Parsons, and the two lifelong friends will proudly line out together for the Ireland Women’s team tomorrow. Tickets are available here.

Reilly was in the stand at Energia Park to watch a then-16-year-old Parsons make her Ireland senior bow in November 2018. They have played U-18 and senior international Sevens together, and the pair could prove to be important players as the Greg McWilliams era begins.

“It’s a very special moment that we’ll get to share on Saturday,” admitted Reilly. “I would have been there back in Energia Park for Beibhinn’s first cap. We went to primary school, secondary school together. Played GAA together even.

“When we first got called onto the Under-18 Sevens together, that was the pinnacle moment where you realise somewhere down the line in the future, we could be playing for Ireland together.

“That’s something that just really drove me when I was younger and it’s just a dream come true really.

“We were all told (the team line-up) at the same time (on Monday), together as a fresh, new squad. I couldn’t believe it. It’s just something I’ve dreamed of since I started playing rugby back in Ballinasloe.

“It’s something you dream of when you first start playing, wearing that Irish jersey, so it just meant a lot. I rang my parents straight away. We’re a big rugby family. I was so happy that I could share the moment with them.”

Aoibheann is hoping to cement herself as a regular in Ireland squads, having first experienced the set-up as a development player in 2018. That was just a few months before her brother, Connacht scrum half Colm Reilly, won a Grand Slam with the Ireland u-20s.

There is a strong sporting background in the family, fostered by their dad Stephen, the former Garbally College principal and a big influence as a coach of the Ballinasloe girls that have risen up through the underage ranks in recent years. 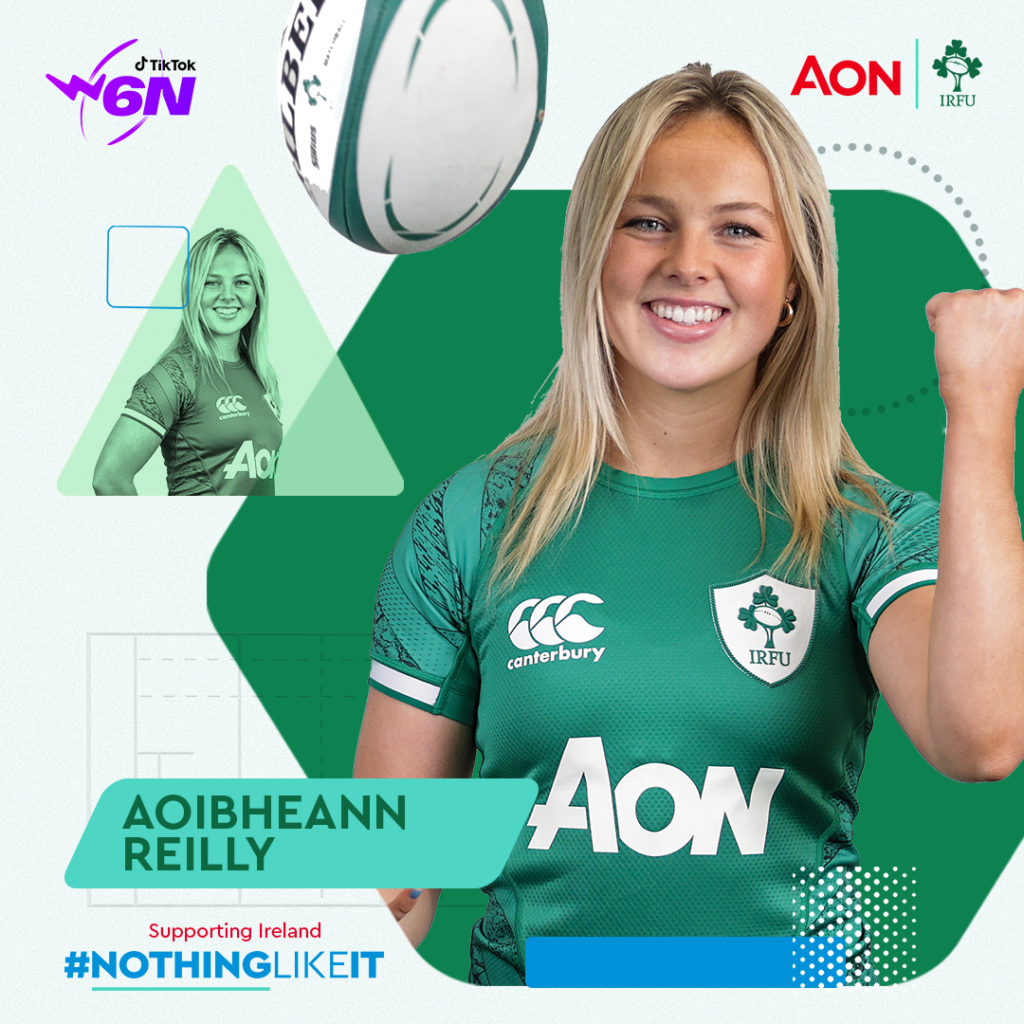 Reilly, who is in her final year of a health and performance science degree in UCD, has established herself as a starter for Blackrock College this season, helping them to push Railway Union all the way in a thrilling Energia All-Ireland League title race.

She has been busy honing her skills at half-back, playing alongside experienced campaigners at ‘Rock like Michelle Claffey, Jackie Shiels and Katie Fitzhenry, while also making her World Series debut for the Ireland Sevens side.

That came during November’s opening leg of this season’s HSBC World Rugby Women’s Sevens Series in Dubai, with Reilly also playing in the second round the following week at the same venue.

That exposure to top tier Sevens will undoubtedly help her cope with the nerves as she becomes a dual international this weekend. Former Sevens ace Nicole Cronin is alongside her as her half-back partner.

“Nicole is a class player, her skills are just amazing,” commented Reilly. “She is one of the best out there.

“It helps that she was also a nine. She can play off me well. She knows what I’m thinking as well. I’m looking forward to playing with her on Saturday. I’m buzzing.” 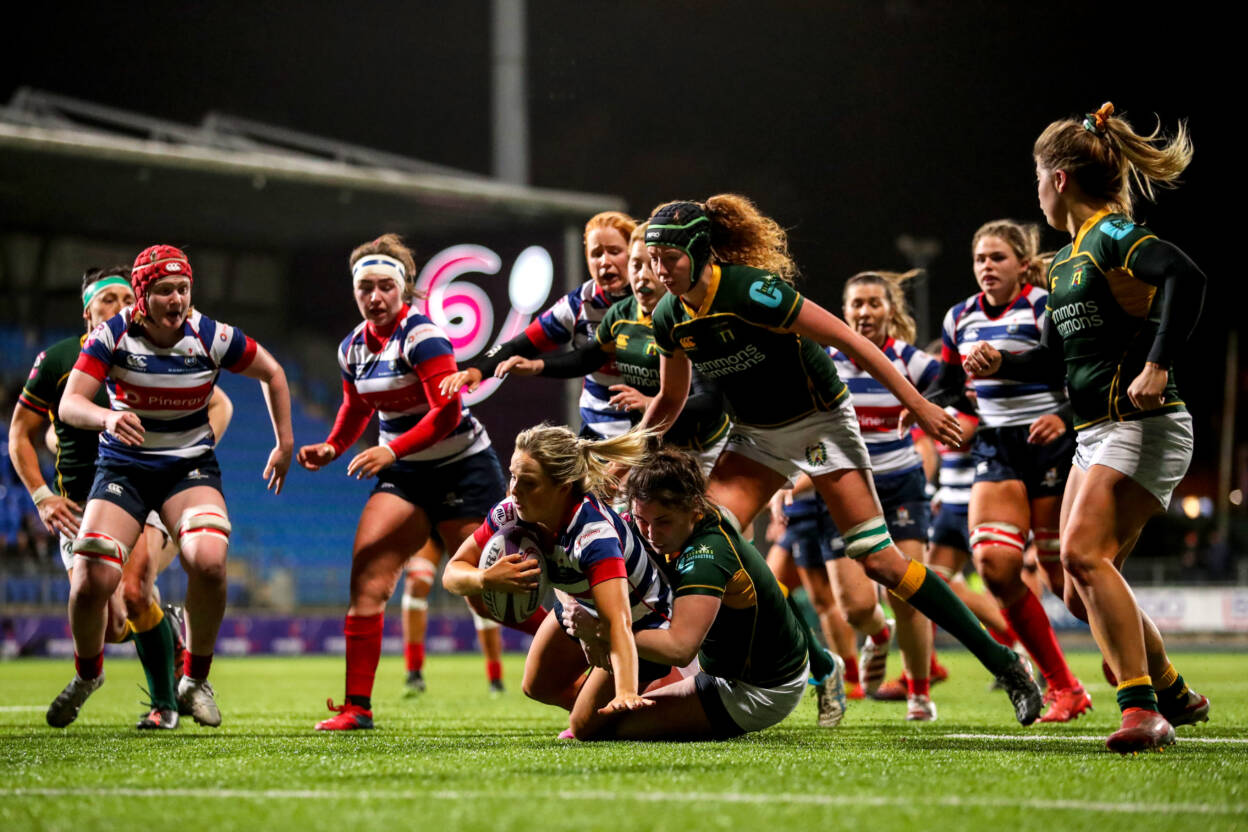 Reilly is expecting ‘a tough game’ from Wales, especially with the 38-times capped Keira Bevan her direct rival. But her involvement with the Ireland Sevens and Blackrock teams has her coming into the Championship with plenty of confidence.

“I’ve been lucky enough to get that AIL exposure. Getting those games under my belt, I’ve felt way more comfortable at nine, controlling the game. Getting that fast tempo,” she added.

“That has definitely helped me feel real confident in the role. The game of Sevens, it really tests your core skills, your catch pass. There is that excess space. You also have to be more dominant in your collision.

“It definitely has improved my core skills. I’m really looking forward to showing that off on Saturday.”