Ireland Under-20 captain Reuben Crothers spoke of his immense pride as he reflected on a campaign that produced only the third Irish Grand Slam at this age grade.

Following in the footsteps of the 2007 and 2019 teams, Crothers and his team-mates completed the Championship clean sweep with a brilliant 59-5 win over a gallant Scotland in Cork.

It was their fourth bonus point victory out of five and stretched Ireland’s unbeaten home record in the U-20 Six Nations to eight games – with all eight seeing them score 30 points or more.

“Honestly I couldn’t be prouder of the boys,” admitted a beaming Crothers afterwards. “They put in some shift. Credit to the lads in the matchday 23, but it wasn’t just them. We had a huge squad coming into the Six Nations.

“Credit to the families, the support staff, everyone that’s supported the boys tonight. You know, it wouldn’t have happened without them.”

They have diligently gone about their business each week, building some impressive combinations across the pitch, the pack gobbling up the metres and the backs, including top try scorer Matthew Devine, ruthlessly sharp in their finishing.

A relatively clean bill of health – apart from Ben Brownlee’s broken hand – allowed Ireland to put together a settled, multi-skilled side as the tournament progressed, with the 18-year-old Conor O’Tighearnaigh notably combining with Mark Morrissey in an ever-present lock pairing.

The likes of Ulster centres Jude Postlethwaite and Ben Carson also bounced back from recent injuries to feature during the latter rounds. The squad’s approach never changed from their ‘win the next moment’ mantra. 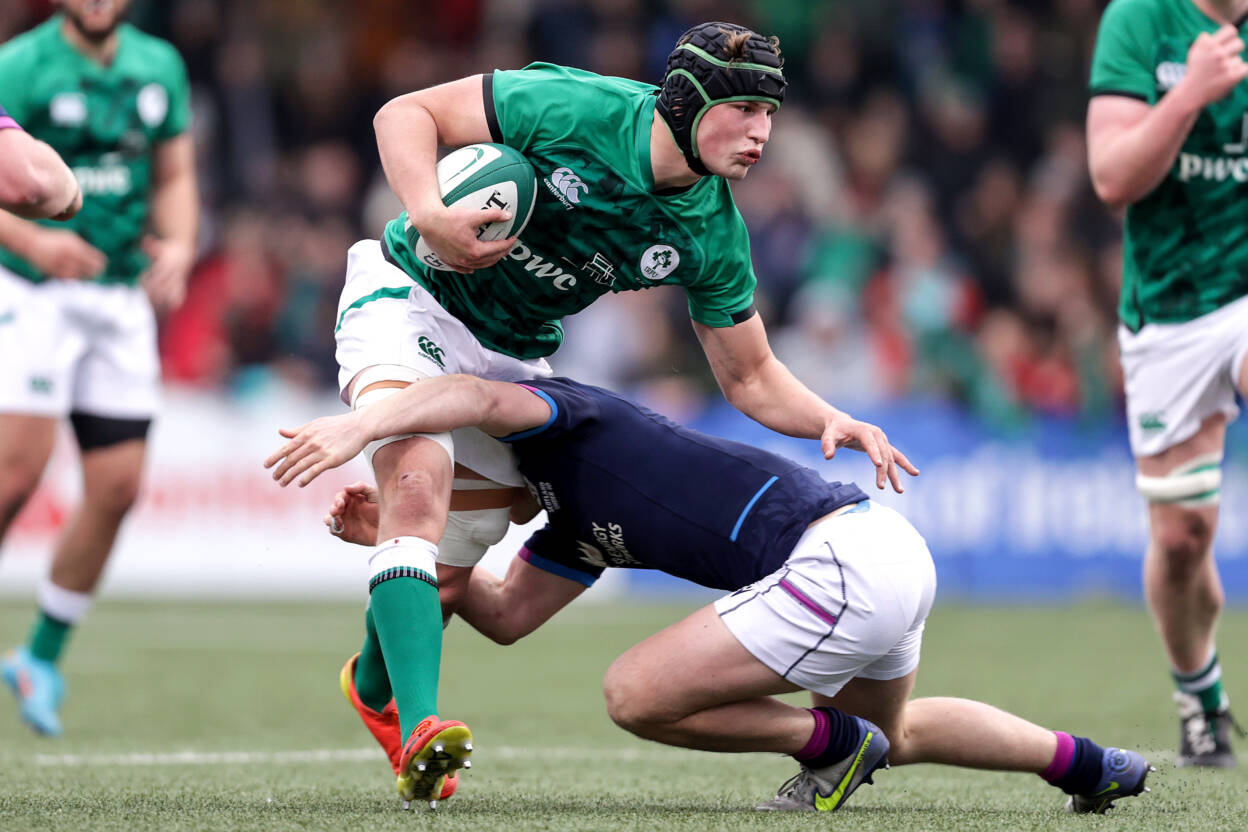 “That just keeps us resetting every time to continuously get better and improve every week. This crowd’s been amazing, throughout the three games we’ve had here in Cork. The boys thrive off it.”

On the biggest day of their rugby careers so far, Murphy’s charges showed admirable composure to cope with the weight of expectation, going into the game as heavy favourites given their own form and Scotland’s recent poor run of results.

Crothers said they stuck to the formula which served them so well in recent weeks, maintaining a steely focus despite the inevitable distractions that a Grand Slam decider brings both in camp and outside of it. 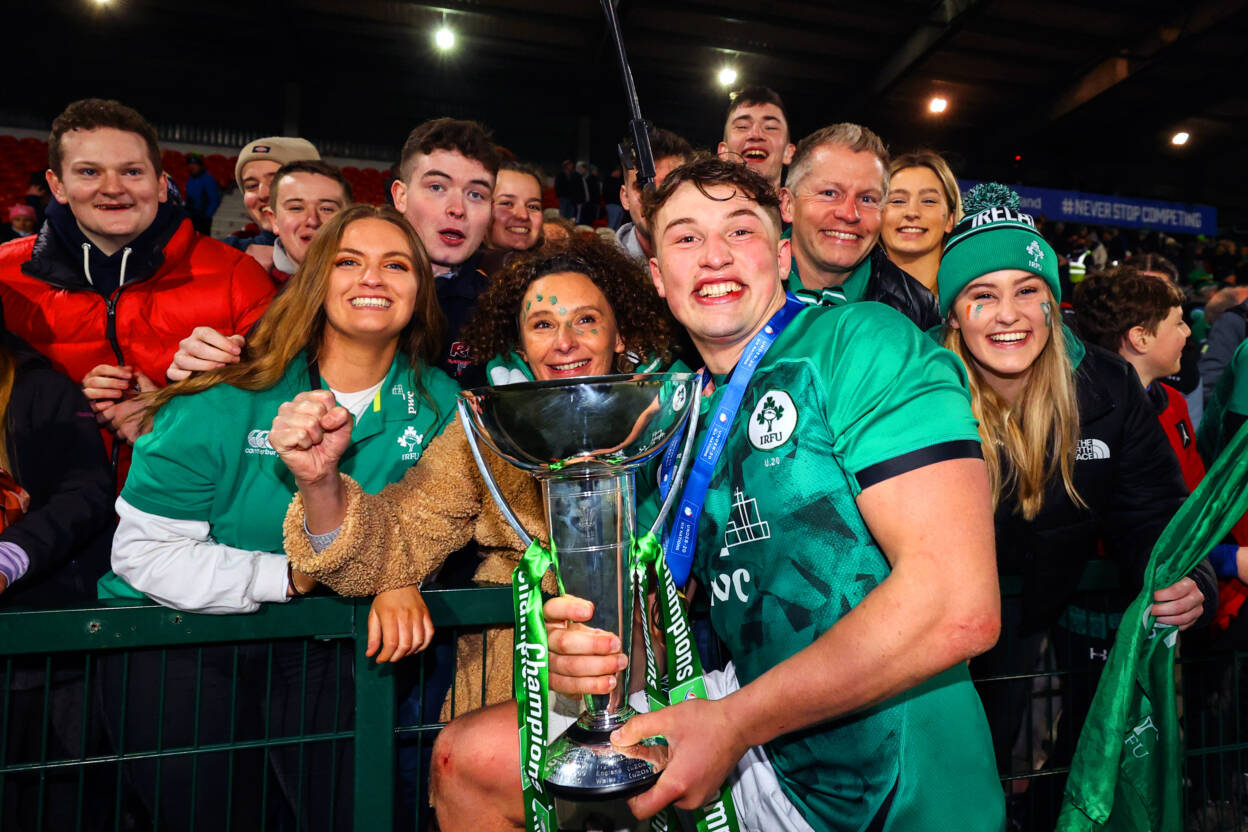 “This morning we spoke about not taking anything for granted, that we would go through our usual processes and give Scotland the respect they deserve,” explained the Ulster Academy back rower, who plays his club rugby with Ballynahinch.

“For periods of the game Scotland were dangerous. I am really proud of the boys, the way they stood up tonight.

“I don’t think we ever sat back and thought, ‘we’ve got this’. We just kept pushing ourselves to get better and put more points on the board.

“I just wanted to build a score that we felt we deserved. It’s unbelievable for me (as captain), but it is not a one-person show as you can see out there. I’m looking forward to the celebrations.”