Leinster Rugby has today confirmed the retirement of second row forward Devin Toner at the end of the current season.

Toner, who turns 36 in June, made his Leinster Rugby debut in January 2006 off the bench against the Border Reivers, and has since had a glittering career in the blue of Leinster and, of course, in the green of Ireland.

He won 70 caps for Ireland, won three Six Nations winners’ medals and was a member of the 2018 Grand Slam winning side.

During his time with Leinster, the Meath native has to date won four Heineken Cup titles, a Challenge Cup title and seven league titles, as well as becoming the most capped player in Leinster history.

Speaking to leinsterrugby.ie, Toner admitted it was not the easiest decision to make but that the time felt right.

“There is never a right time I suppose and you would love to keep playing but I feel very lucky to have had the career that I have had and I am able to leave the sport that I love and the club that I love, in good health and on my own terms.

“I have been around the club for long enough to understand that not everyone is that lucky, and I feel that the time is right now to focus on that next chapter and of course, spending more time with Mary, with Max and with Grace. They, and Mary in particular, have put their lives on hold to enable me to perform and I couldn’t have done it without them. So now it’s about them and us all enjoying more time together.”

When asked to reflect on his career, Toner was keen to acknowledge those that had helped him.

“Everyone from North Kildare, to Castleknock College, to Lansdowne, great coaches, volunteers, teachers, that have helped me and some that still message me and that I would be still in touch with. I am very grateful for all that they did for me. In particular, my old coach, the great Mick Quinn, who made me realise I could become a professional rugby player. 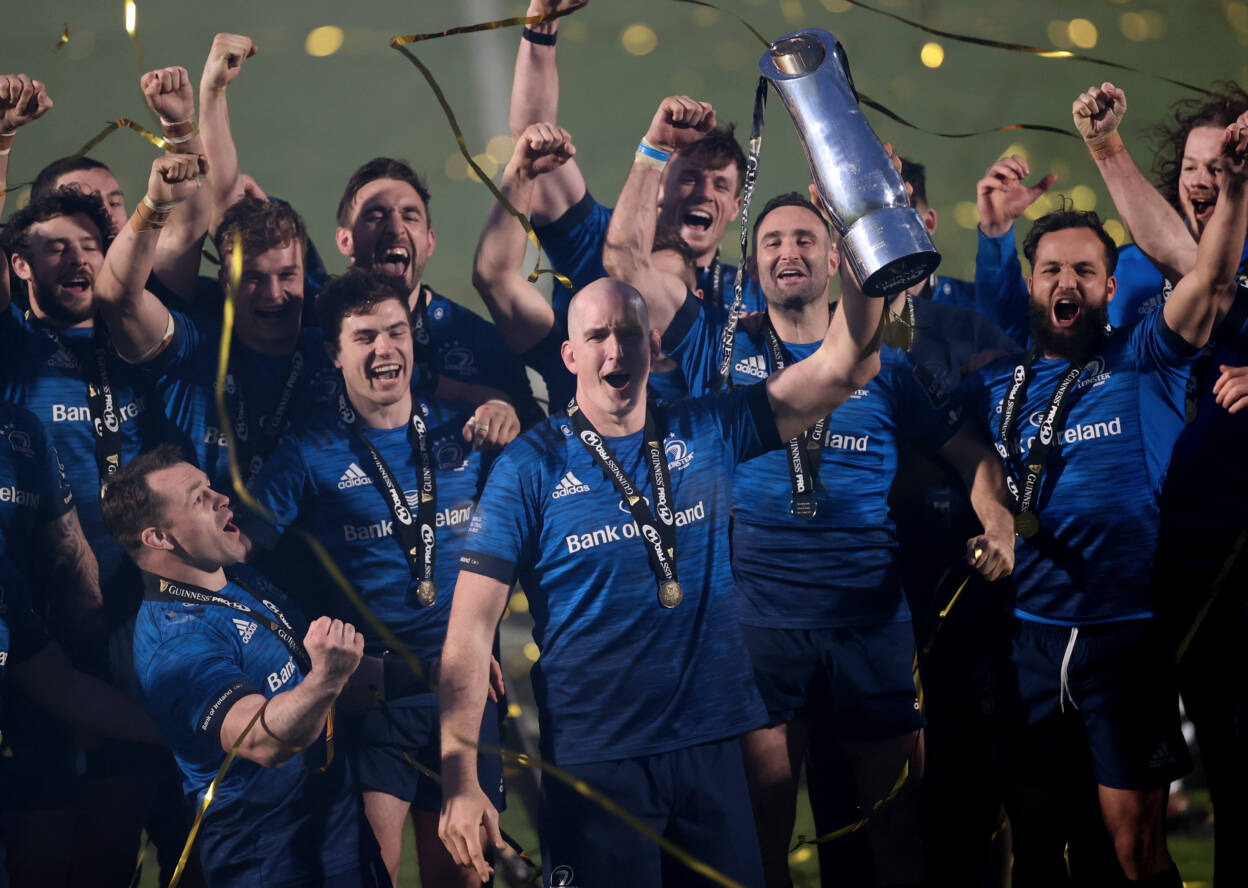 “That laid the foundation and then it was about building on it and I can’t speak highly enough of the environment that we have in Leinster Rugby and the coaches, the medics and backroom staff and all the teammates that I have had along the way.

“I didn’t and do not take the responsibility of pulling on that jersey lightly, representing the brilliant supporters that we have and the 12 counties, and to have done it as often as I have is something that I am very proud of.

“There have been some special moments with Ireland and the Grand Slam is obviously up there but also maybe the game against South Africa in Cape Town in 2016. Being able to acknowledge my dad so soon after passing was very special to me.

“There are highs and lows in every career and I am sure in time I’ll appreciate it all the more but I couldn’t have done it without the strength and support of my family and especially my mam, Anne, my dad Peter, and my siblings, Emma and Darragh. They have literally travelled the world to see me play and I am so grateful.

“It’s been brilliant and I have loved every minute of it but I am happy with my decision and I’m excited for what the future holds. I am very much looking forward to starting the next chapter of my life.

“Finally, I just want to acknowledge again my wife Mary and everything she has done. She has been there throughout my entire professional career and sacrificed a lot. I would not have been able to achieve half of what I have without her by my side.”

Responding to the news, Leinster Rugby head coach Leo Cullen said, “Big Dev has made an immense impact on Leinster and Irish rugby. I can still remember Devin when I first saw him play as an Irish Schoolboy against Wales in Donnybrook. What an outstanding career he has gone on to achieve since.

“I have been lucky to have had the opportunity to both play with and coach Devin and he has always been a pleasure to work with. He has been such a well-liked and respected member of the Leinster dressing room and his easy nature has allowed him to forge many strong relationships in the game.

“To have played nearly 350 games for your club and country and to have been part of so much success is testament to Devin’s dedication and consistency in his preparation. And in more recent times Devin has been a great mentor to some of Leinster’s younger players.

“Devin has had great family support and some fantastic coaching influences in his early days with North Kildare, Castleknock and Lansdowne and I am sure everyone is incredibly proud of all of his achievements.

“We will miss Devin but we wish him, Mary and the kids only the very best for the future.”