With her side trailing 12-7, experienced centre Shiels kicked a penalty before half-time and then converted her own try and Maggie Boylan’s 56th-minute effort for a hard-earned 24-12 win.

Coming into the final with three straight wins, Cooke laid down an early marker as tries from Katie Hetherington and Naomi McCord propelled them into a 12-10 half-time lead.

Blackrock hit back with a Judy Bobbett score, converted by Shiels, before they kicked it up a gear in the second half despite Ann-Marie Rooney’s sin-binning.

It was a superb performance from Cooke, but Blackrock’s greater experience told as they ended the season with silverware, bouncing back from their recent All-Ireland League final defeat to Railway Union. 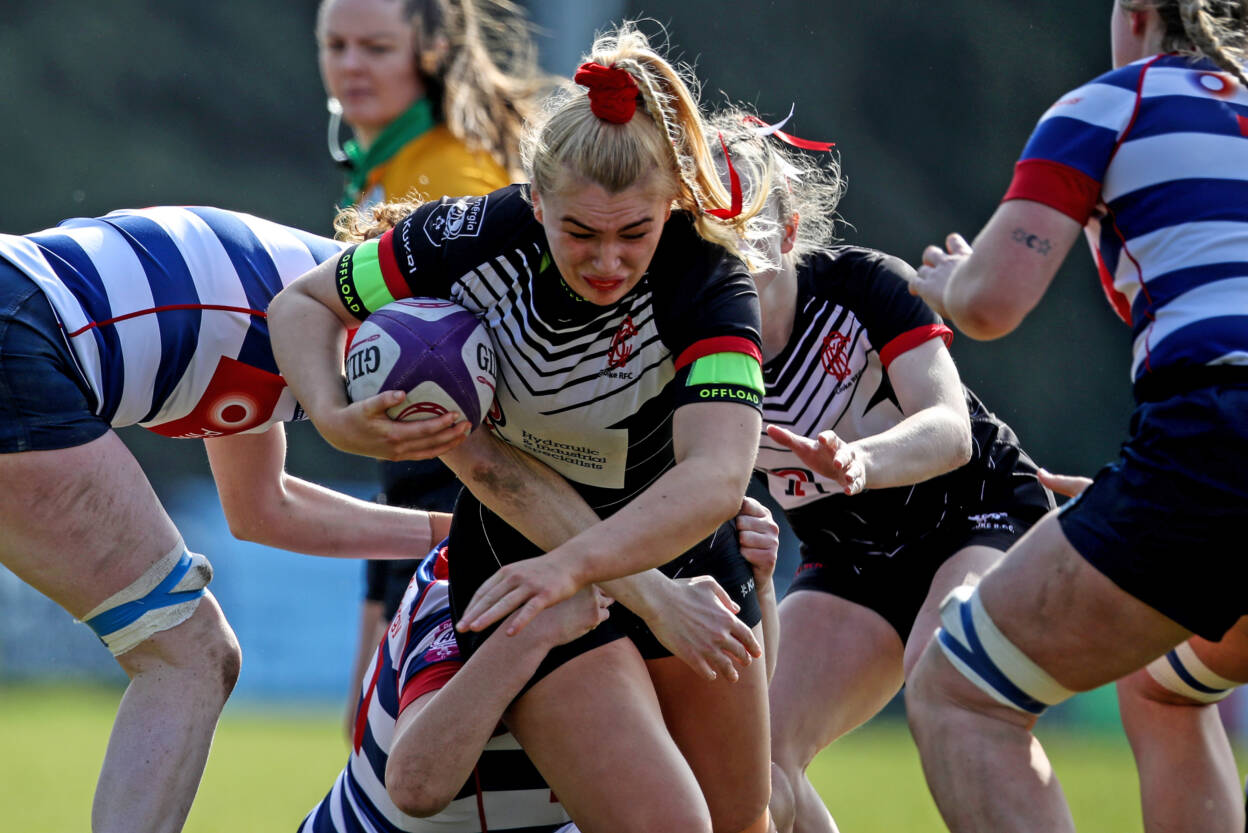 Helen McGhee was pulled back for a forward pass from Amanda Morton, but the quick-thinking Cregan brought Cooke up to the line again in the fifth minute and flanker Hetherington was able to lunge over from the ruck.

Following Morton’s missed conversion, Blackrock, who were without their 15s and Sevens internationals, wasted little time in threatening a levelling score with former international Shiels and their pacy back-three making headway. 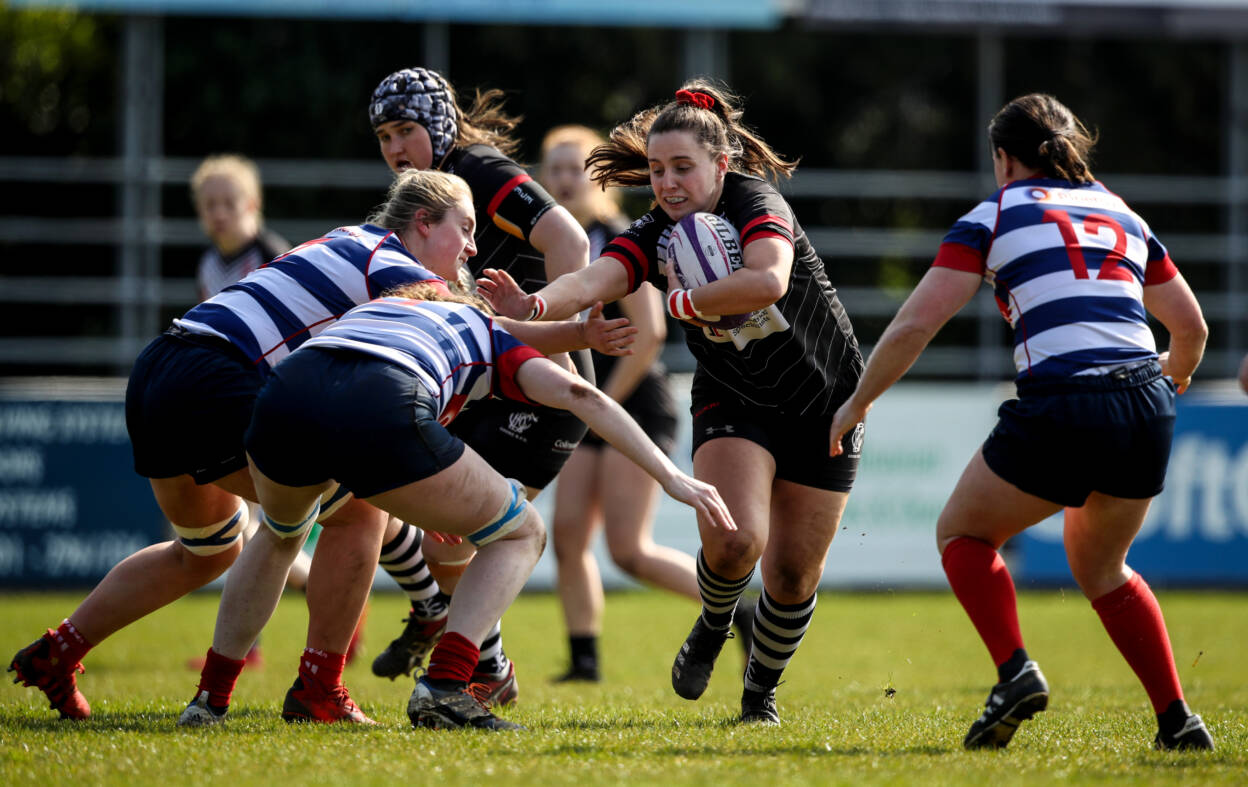 Blackrock also sought a high tempo, with Lisa Mullen’s quick tap and pass allowing powerful lock Bobbett to barge over to the right of the posts. Shiels converted for a 7-5 ‘Rock lead.

Cooke moved back in front midway through the half, a typically forceful carry from Ilse van Staden igniting the attack and a sidestepping Dolores Hughes gaining further ground out wide.

Centres Lucy Thompson and Kelly McCormill brought them closer before another quick tap from Cregan paved the way for their second try, athletic lock McCord breaking in behind the posts with Morton supplying the extras. 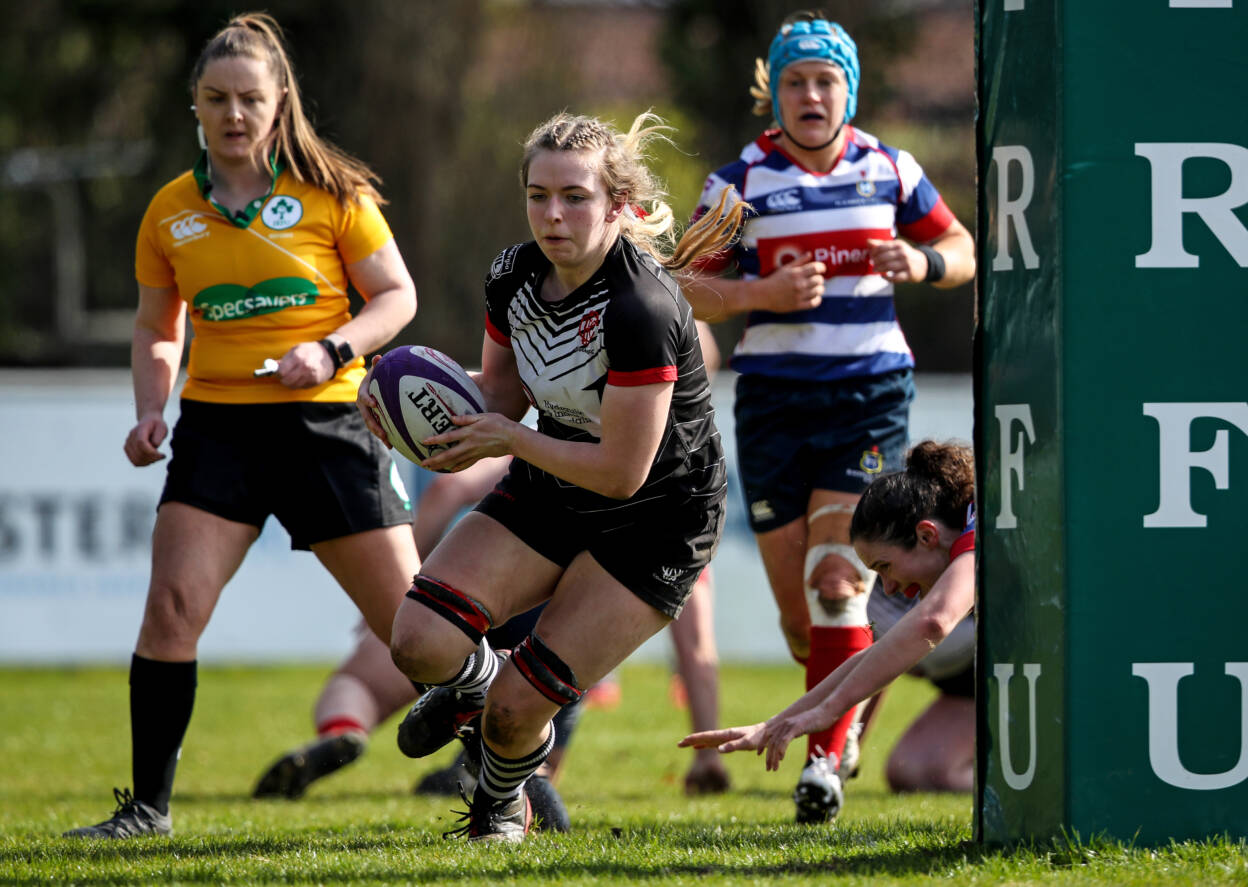 Cooke’s defence then stood firm despite a brilliant break from deep by Blackrock full-back Boylan. Meadbh Scally carried closer in but the ever-influential Cregan managed to hold her up.

Ben Martin’s Blackrock side had a late purple patch approaching the interval, maintaining their presence in the Cooke half and a Shiels penalty to cut the gap to just two points.

The Meath woman increased her influence on the restart, threatening from a chip-and-chase before she used scrum ball to wriggle free from two defenders and touch down on a clever burst to the whitewash. 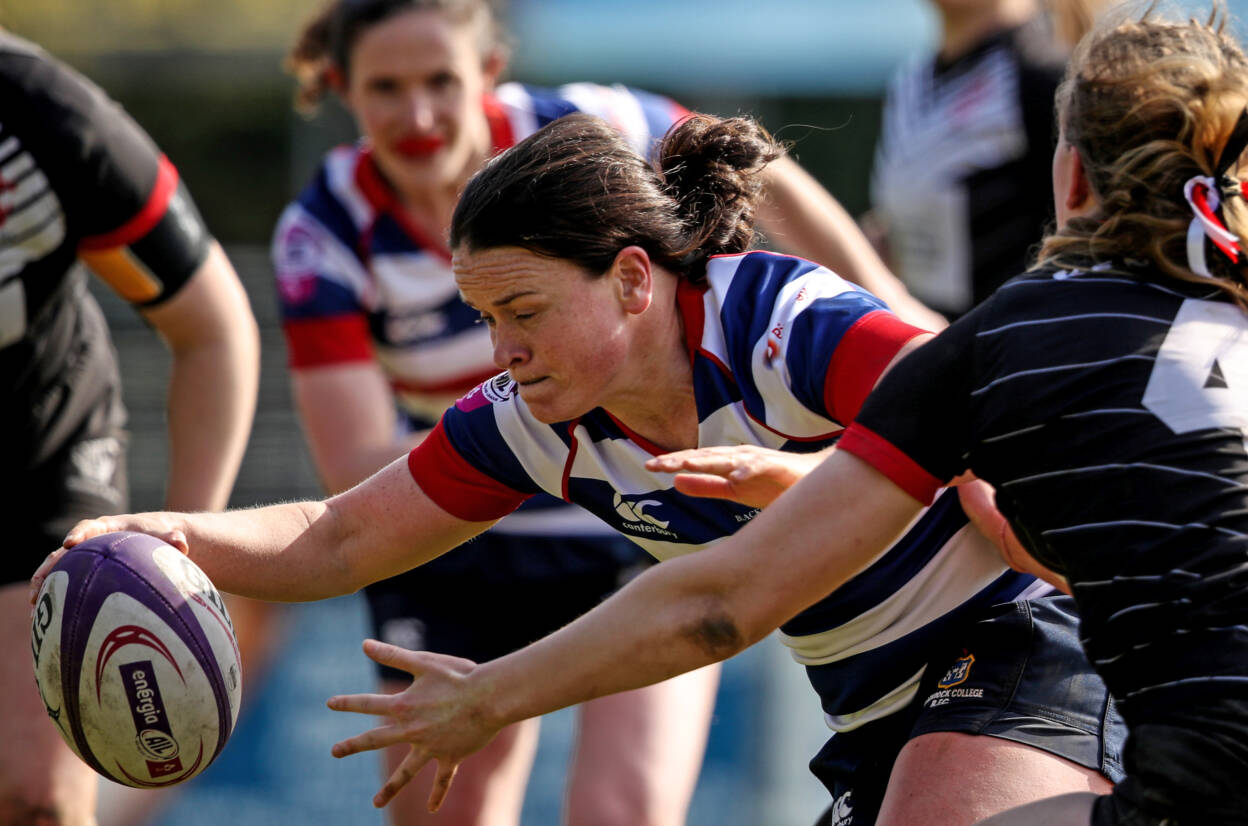 Shiels converted her own try, edging the Dubliners into a 17-12 lead, and with Boylan and Caoimhe O’Callaghan showing their speed in the wide channels, Cooke’s defensive workload was ramping up.

It took its toll in the 56th minute, Mairead Holohan going close with a strong carry before a neat necklace of passes via Mullen, captain Val Power, Shiels and Ellen Taite freed up Boylan to make it 22-12.

Shiels’ deft conversion cleared the crossbar to take her tally to 14 points, but Cooke knuckled down, looking to profit from Rooney’s sin-binning for a high tackle on the hour mark. 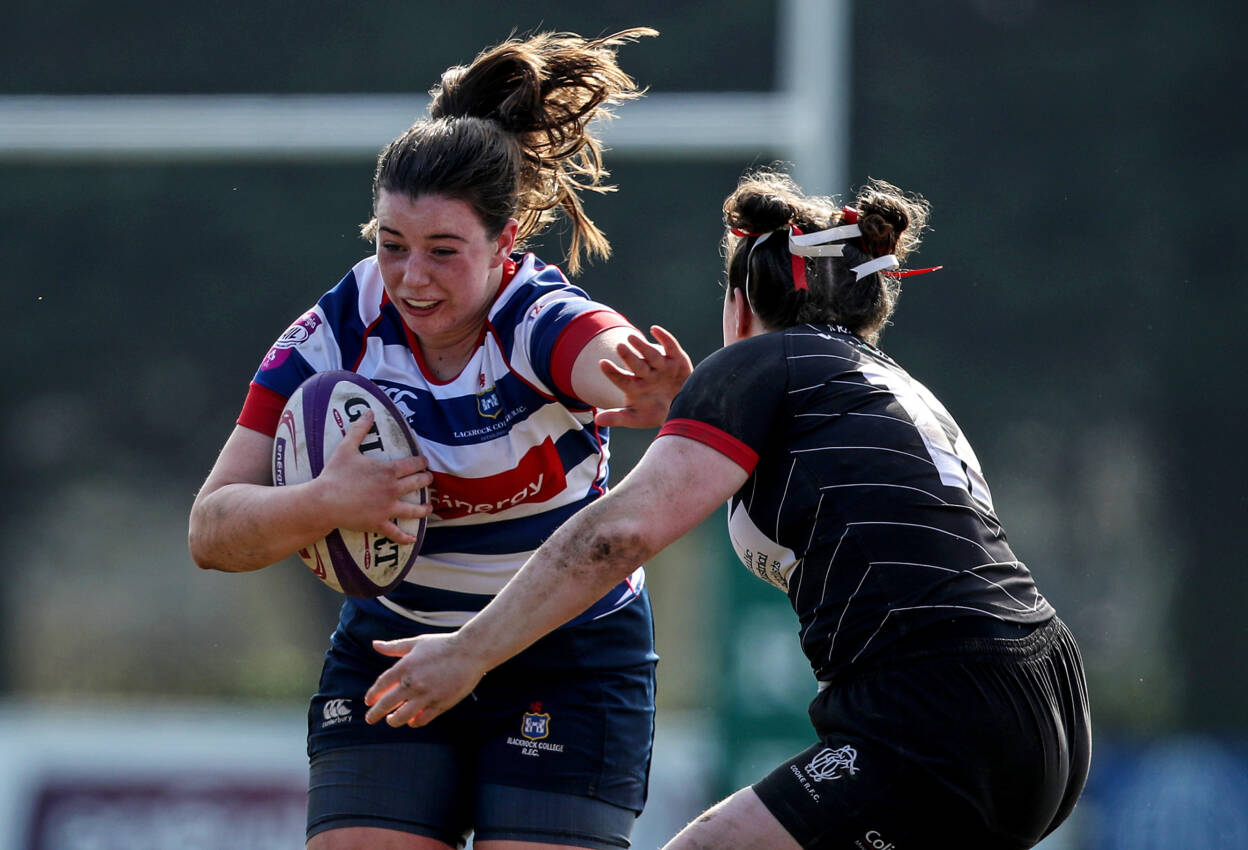 With their scrum becoming more of a weapon, Cooke hammered away and excellent number 8 India Daley and van Staden did get them into try-scoring range.

However, Blackrock kept them out, a combination of Shiels and Scally earning a relieving penalty and they closed out the game in Cooke territory, grinding out a deserved result in the end. 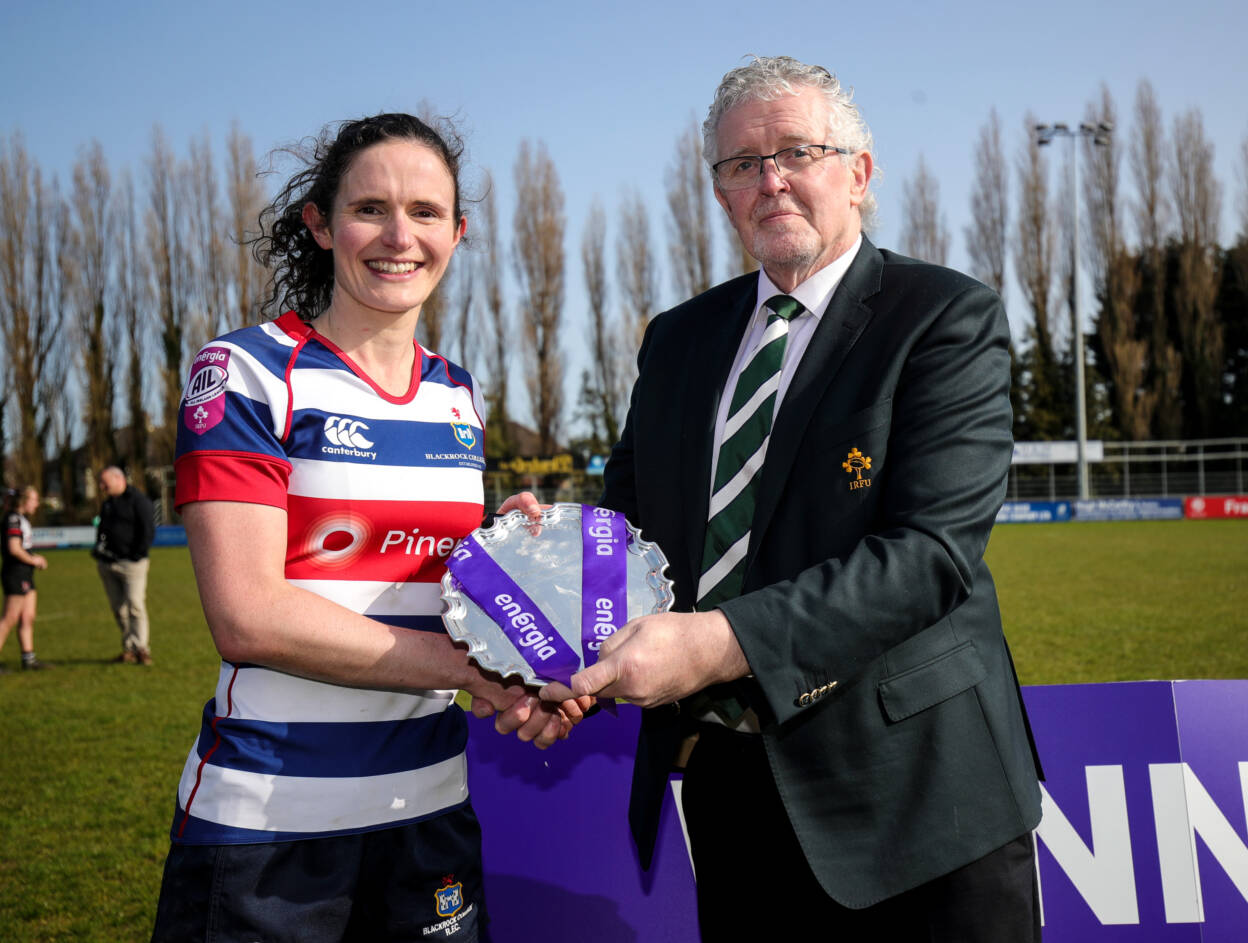