While they will require a favour from England in the later game against France in order to claim the title, a win over Scotland at the Aviva Stadium on Saturday (kick-off 4.45pm) would seal the Triple Crown for Ireland.

A winner of this prize in 2018, as part of a magnificent Grand Slam triumph under Joe Schmidt, Conan bagged a try off the bench during last weekend’s bonus point victory over England.

He has been promoted to the starting line-up for the visit of Gregor Townsend’s side, saying: “Every game at home is special, but with the opportunity to win a bit of silverware for the first time in a long time at home, it’s incredibly special.

“Especially the weekend that’s in it. It’s Paddy’s Day today, tomorrow off. The country will be on a bit of a buzz. We’re looking to go out on a high.

“We want to give everyone something to celebrate. I know the lads are just incredibly excited to be in the position that we’re in.”

Of course, securing a double success in the form of the Triple Crown and Six Nations trophy is something that Conan and the rest of the squad will be hoping to come away with from ‘Super Saturday’.

However, the Wicklow native acknowledged that Ireland needs to focus on what is within their control at the moment.

“We’ve done everything we can to get ourselves in this position post-Paris. At the moment it’s all about just going out and trying to win this Triple Crown. Whatever else happens, happens.

There’s nothing we can do about it at this stage. It’s about putting together all the learning pieces that we’ve had over the last six or seven weeks.

“Trying to give the best performance that we can of this campaign on the last day. I feel like we’ve been building really nicely.

“There has been a few frustrating patches over the last few weeks, but I think we’re better for a tough outing over in Twickenham. Even against 14 men. We weren’t perfect, but it will stand us in good stead now come Saturday.” 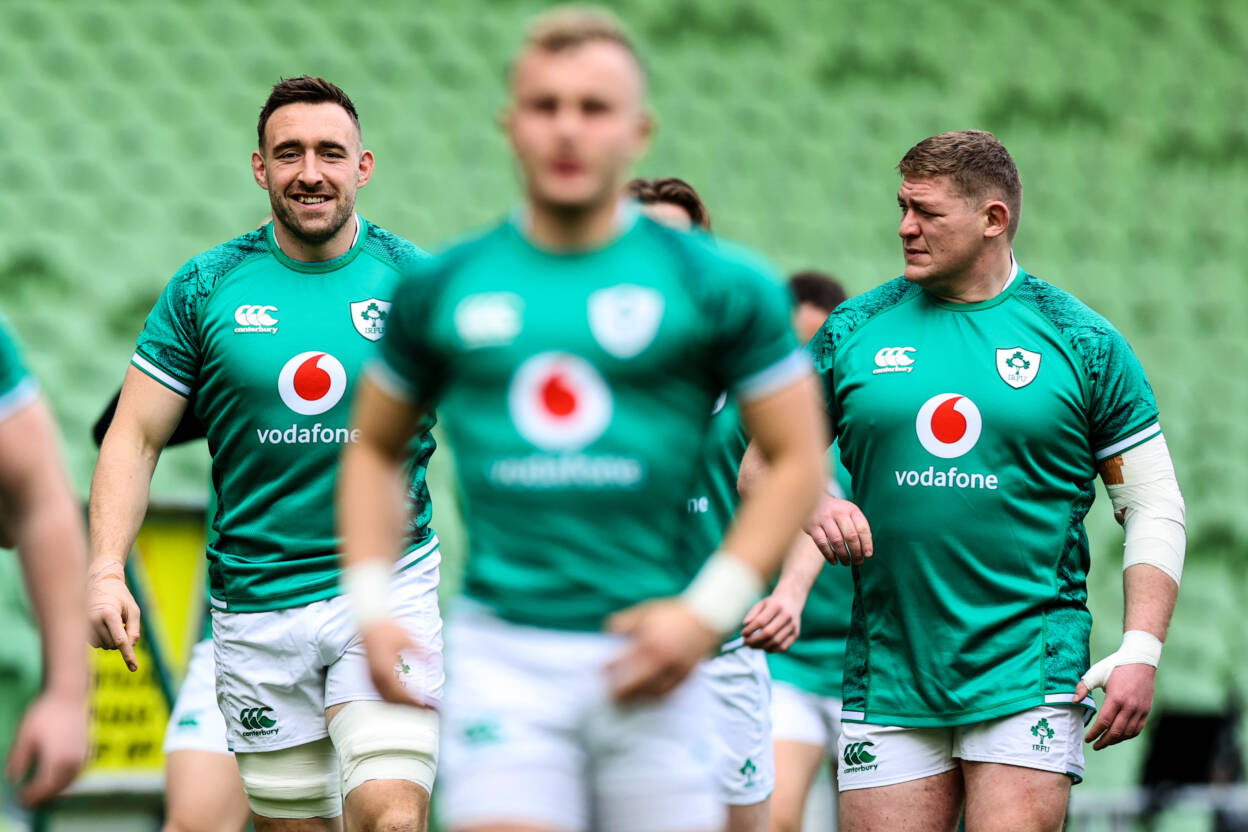 One of the more frustrating elements of Ireland’s performance the last day was the fact that they conceded six scrum penalties and a free-kick to the English pack.

There has been much debate as to whether their forwards were as indisciplined as this might indicate and it seems they had good reason to feel they were harshly penalised in a few instances.

That said, Conan admitted Ireland did make it hard for themselves at times and have been working on finding a solution to their set-piece difficulties in training.

“There’s a lot of talking points and lessons learnt from the weekend just gone. The referees have come back and said a few decisions probably went against us when they shouldn’t have, but that’s rugby and those things happen.

“It’s always a good learning curve. We’ll be better for it and we’ll bring that into this weekend. I know the lads obviously pride themselves, the front row, about the bits around the scrum.

“They were pretty disheartened about it, but it will just make us better again this weekend for it. I think they’re excited for the challenges and to right those few wrongs from Twickenham and end on a high in that platform.”

England’s success in the scrum helped them to work their way back into the contest, despite being reduced to just 14 men inside the opening two minutes. Ireland required a big push during the final quarter in order to see the game out. 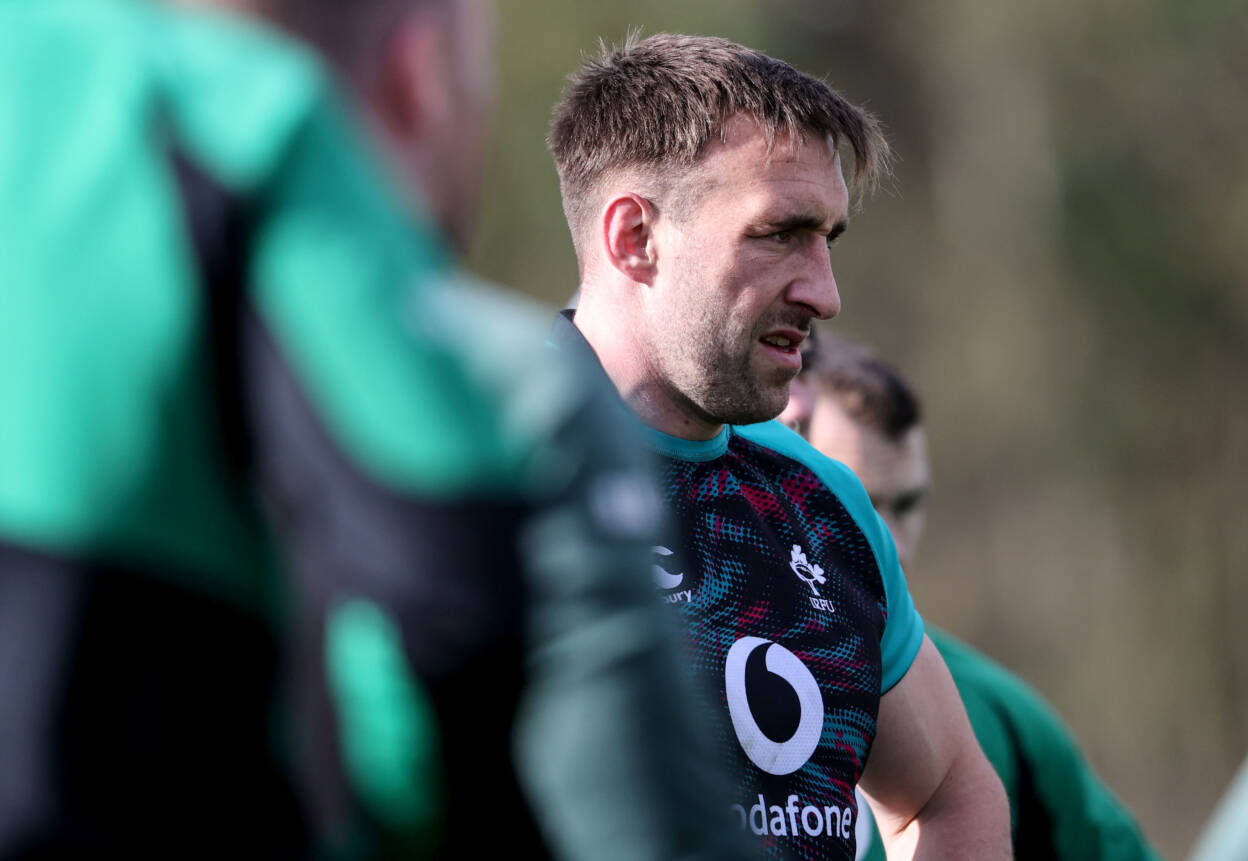 It was at this point that Conan entered the fray and his 71st-minute try gave the visitors some much-needed breathing space. Finlay Bealham also crossed the whitewash moments later to make it a very productive day at the office for Ireland’s replacements.

Iain Henderson had been introduced for James Ryan after he suffered a head injury after 82 seconds, while the likes of Rob Herring, Conor Murray and Robbie Henshaw also made an impact.

It is clear that great stock is put into having an effective matchday squad, but as Conan explains, it goes well beyond that.

I’d say more than 23, it’s about the 36, 37. The lads that have come in over the last weeks, we spoke yesterday on our last day of training, just about how good the bibs, the lads that haven’t been playing, have been.

“Because you rise and fall to the standard of training, not to the standard of your opposition. The lads have been putting the team under incredible pressure and they’ve played some fantastic rugby in those training sessions over the last few weeks.

“It has been a massive group effort. We’ve seen a lot of lads come and go unfortunately, but everyone has played their part to get us to this position.”