Ireland head coach Andy Farrell says his charges are doing their best to leave talk of silverware to one side as they prepare to face Scotland in the final round of the Guinness Six Nations.

Should Farrell’s men overcome the Scots at the Aviva Stadium on Saturday (kick-off 4.45pm), it will guarantee a Triple Crown at the very least from this year’s tournament.

It would also move them to the top of the Six Nations table in advance of England’s visit to a Grand Slam-hunting France later that night, but Farrell insists their focus will not shift from the task at hand.

“We’ve put ourselves in a position to do that, which is nice, but as you’d expect me to say it is just about this game. About our preparation,” he said, speaking at the team announcement press conference.

“We’ve got a couple of days left, making sure we’ve prepared properly to be at our best. We’re under no illusions that Scotland are going to be at their best, nothing to lose. A great side coming to the Aviva, trying to spoil a little bit of a party.

“How do you manage that? You get across your preparation and you make sure that you take your learnings. Hopefully we’re after our best performance of the tournament.”

In addition to Iain Henderson and Jack Conan coming back into the starting pack, Mack Hansen is recalled to the back-three in place of Andrew Conway who has been nursing a knee injury in recent days. 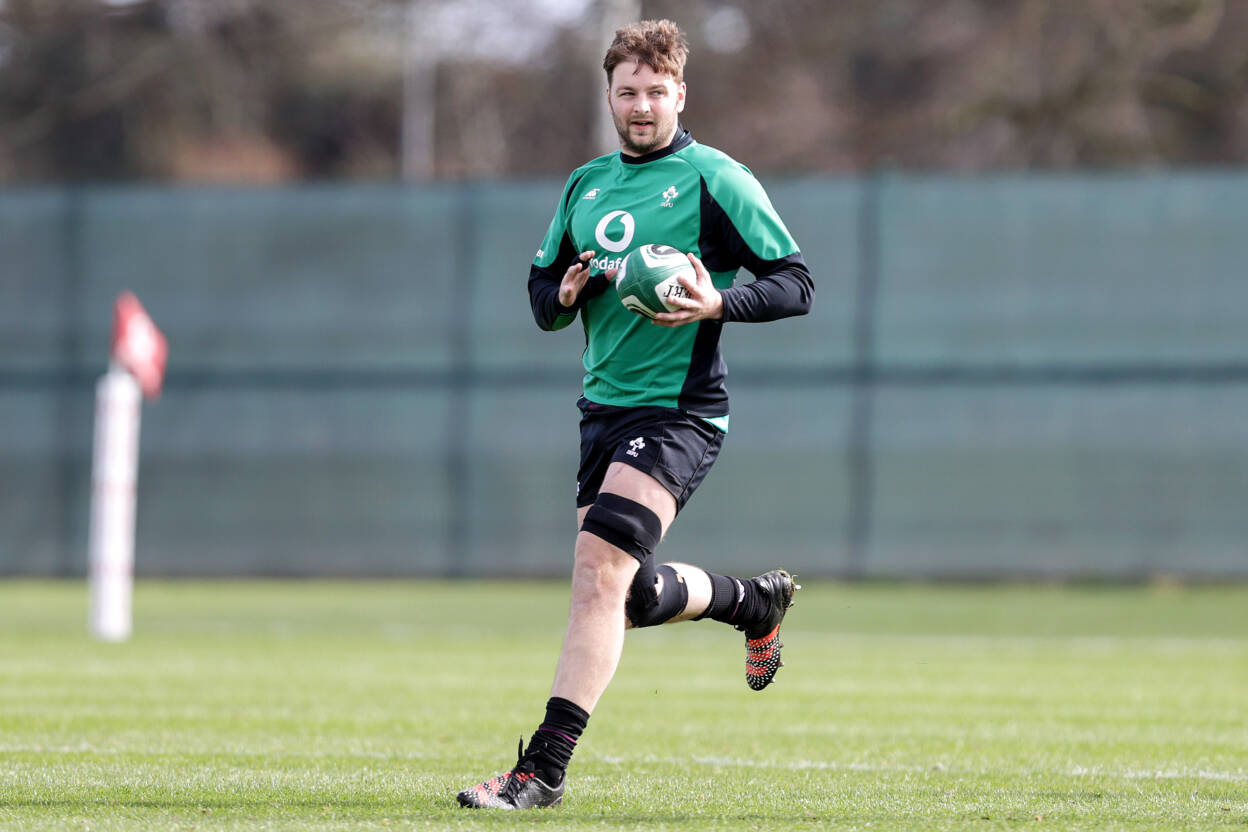 Having played in the opening three games of the Championship, scoring a superb solo try in the narrow defeat to France, Hansen will form a brand-new combination with Hugo Keenan and James Lowe.

When you consider Michael Lowry grabbed a brace of tries from full-back on his debut against Italy in round three, it is clear that Farrell has a number of options to choose from in the back-field at present.

“You’re always trying to build in every position, but the thoroughbreds there in the back-three, they’re the ones that tend to break from time to time. It’s always good to have some strength in depth there. It’s great.

Mack has done unbelievably well and Robert Baloucoune coming into camp for eight weeks, he’s going to grow from that experience as well. Long may that continue.

“Straight from the off he (Hansen) has been very impressive. He’s obviously played the first three games and had a week to sit out, take a breath.

“The pressure has been off and I’m sure that he’s reflected. You can see that reflection week has been good for him because he has been great at training this week.”

Since assuming the head coach reins in the winter of 2019, Farrell has overseen three wins in as many matches against Scotland, including an Autumn Nations Cup third/fourth place play-off in December 2020.

There has been little to separate the two sides in their Six Nations clashes, however, with a 19-12 victory over the Scots at the Aviva Stadium in 2020 being followed by a hard-earned 27-24 success in Edinburgh twelve months ago.

Gregor Townsend’s charges come into this game with far less at stake than Ireland, but this gives Farrell even more reason to be wary of their challenge.

“They’re a good side. We’ve had some tough tussles with them of late. You go back for the last couple of campaigns in the Six Nations. I think they’ve lost four games and those four games have all been lost by one score.

“They’re a tough team to play against. A tough team to beat, but dangerous with ball in hand as well. Obviously that focuses the minds within itself.

“We expect them to come out all guns blazing and we expect to take all the learnings from our Six Nations and put it all out there on Saturday.” 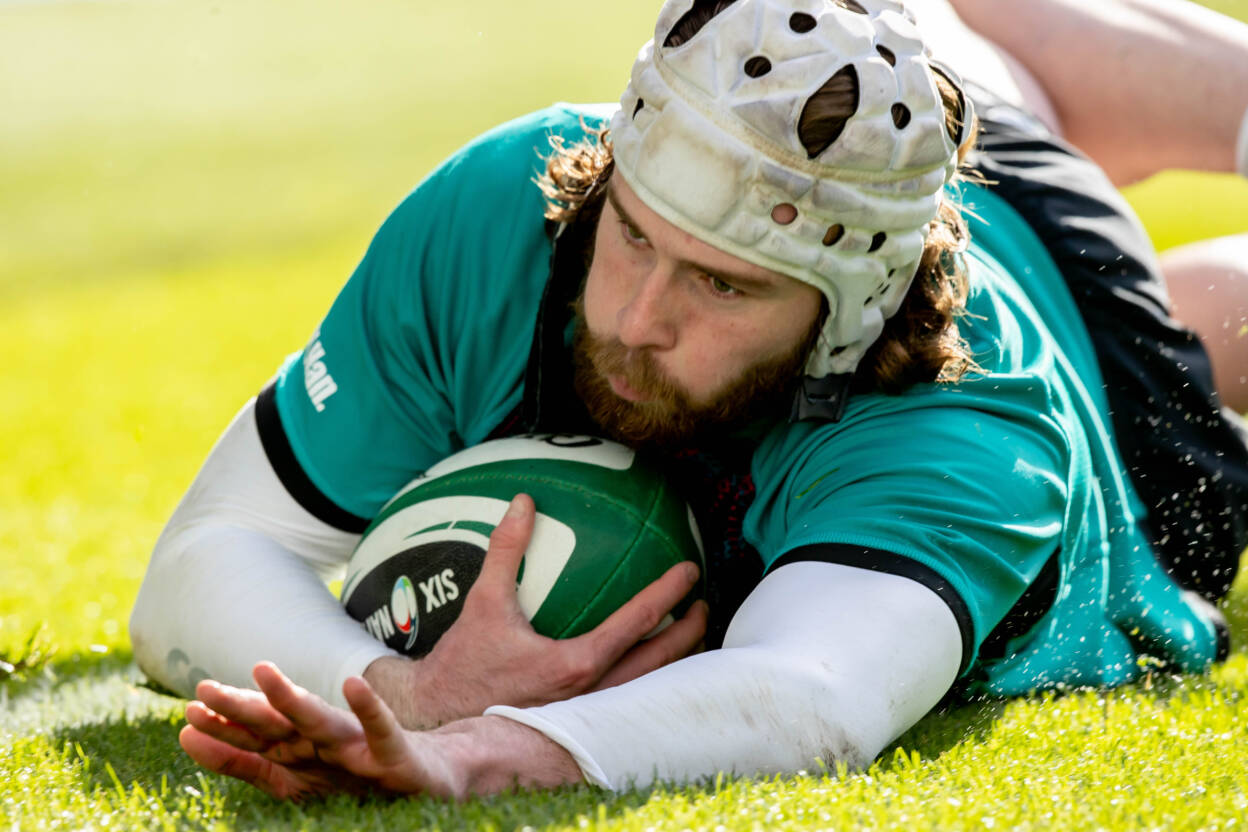 Perhaps surprisingly, the talismanic Finn Russell is left out of the Scottish starting line-up for tomorrow’s fixture, with Blair Kinghorn drafted in for his first start of the campaign.

The latter’s inclusion comes off the back of an excellent performance for Edinburgh against Connacht in the United Rugby Championship, and Farrell stressed that the absence of Russell will not alter how Ireland prepare.

I think everyone was expecting Finn to play. He’s a great player, but Blair, I watched the Connacht game and he was the best player on the field by a country mile.

“It’s a big game for him obviously coming over to the Aviva, but Gregor has had a look at him and picked on form. Because his last game for Edinburgh was outstanding.”