Andy Farrell has announced the final Ireland team of the 2022 Guinness Six Nations, ahead of the round 5 clash with Scotland at the Aviva Stadium on Saturday (kick-off 4.45pm).

Jonathan Sexton will become Ireland’s joint sixth most-capped player, equalling John Hayes’ caps tally of 105 when he leads the side out for the Triple Crown decider.

Jamison Gibson-Park will again pair up with Sexton at half-back, with the starting XV showing three changes to the team that started against England last weekend.

Bundee Aki and Garry Ringrose are retained in midfield with a back-three featuring Hugo Keenan, James Lowe and Mack Hansen. The Connacht winger comes in for Andrew Conway who is being managed for a knee niggle.

The front row of Cian Healy, Dan Sheehan and Tadhg Furlong is retained, while Tadhg Beirne and Iain Henderson combine at lock.

The Virgin Media and ITV-televised game could see Ireland win the Triple Crown for the first time since 2018. Victory would also move them to the top of the table ahead of France’s final match at home to England.

Head coach Farrell commented: “As I said last week, people were right for the England game, it was the right balance. That is what squad selection is all about, picking the right team for the right occasion.

“Jack (Conan) has done pretty well coming off the bench, he’ll be a fresh enough pair of legs to be at his best on Saturday evening.

“I thought James (Lowe) played really well last week, he’s not played too many games and that’ll be great for him to step up a notch this weekend. 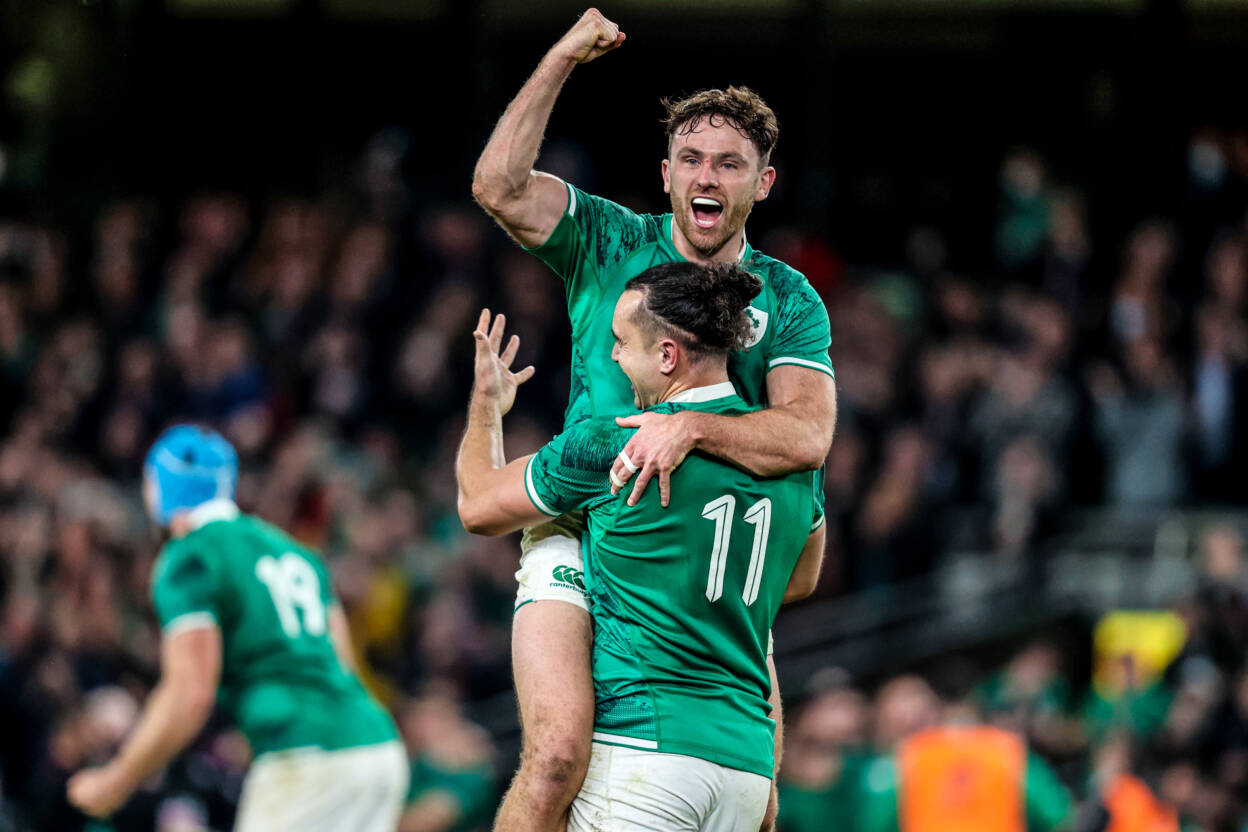 “Hugo (Keenan) was immense and he’s really grown his game, it’s great – you guys asked Hugo the question yourselves, you look how well Michael Lowry is doing, the type of pressure that puts on the likes of Hugo is pressure that you want.

“You see people responding in the way that they should do, when they take to the field the next time and perform like he did. That’s what a competitive squad is all about. Those two did really well.

“He’s quick and he’s a good finisher. He’s improving all the time, how to be an international player, and this type of experience on Saturday will be priceless for him.”