Assistant coach Mike Catt is confident that any issues surrounding Ireland’s performance against England last weekend can be rectified when they host Scotland on Saturday evening.

Despite coming away from Twickenham with a 32-15 bonus point win, there were opportunities for Ireland to add to the tries scored by James Lowe, Hugo Keenan and replacements Jack Conan and Finlay Bealham.

However, Catt, a four-time Championship winner with England as a player, believes any issues with the attack are extremely ‘fixable’ as they look to end the 2022 Guinness Six Nations on a high.

“We’d have taken four tries, first and foremost. I think every team comes out of any game thinking they should have scored an extra couple,” he said, speaking ahead of tomorrow’s Aviva Stadium encounter (kick-off 4.45pm).

“It was just the manner in how we didn’t score them really, which was something that we’ve worked on. All in all, it goes back to staying calm, being able to see the picture and make the right decision on the back of it.

“It’s very fixable. I think everything that went a little bit awry last week is fixable. That’s the sign of this team at the moment.

“How quickly can we learn our lessons, move on and drive the team to where we want to go. Again, it’s the first time some of those guys went to Twickenham.

“To experience it all, the crowd was amazing. There were some very good performances. Also the confidence that we showed and the pride that we played with was huge to see. It’s something that we’re working on and we’ll continue to work on.” 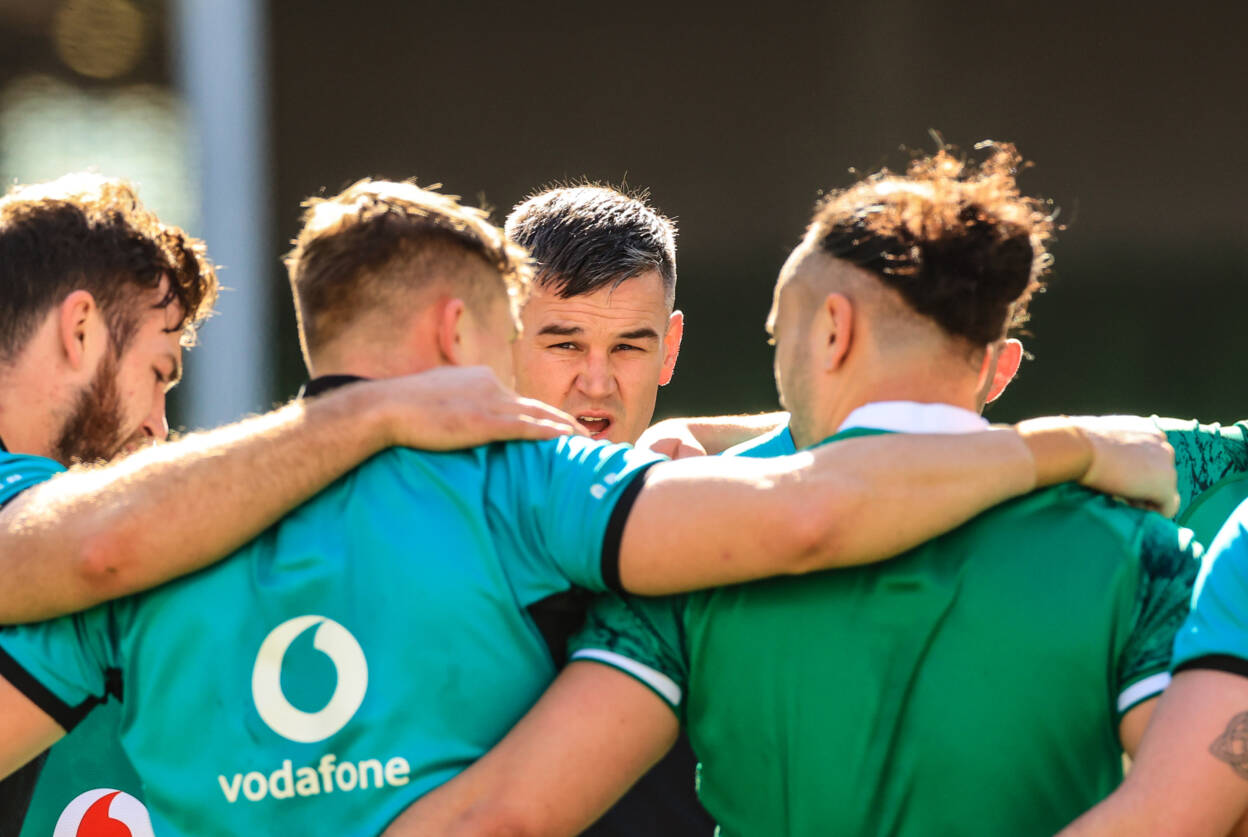 When Catt first came on board with Ireland as part of a coaching ticket assembled by Andy Farrell, Hugo Keenan was seeking to establish himself as a Leinster regular having spent a number of years with the Ireland Sevens squad.

His impressive form when rugby restarted in August 2020 – following a lengthy hiatus during the early months of the Covid-19 pandemic – propelled him into the international spotlight and he has had an almost constant presence in the Ireland team since.

After 18 consecutive starts in the green jersey, Keenan was rested for Ireland’s third round clash with Italy in their most recent outing at the Aviva Stadium.

Michael Lowry took over from him at full-back in this game and bagged a brace of tries on his Ireland senior debut, but Keenan returned to the fold last Saturday and registered his sixth international try as part of an impressive individual display.

His game has progressed significantly since making his own senior bow against the Italians in October 2020, and Catt thinks the presence of Lowry within the set-up has helped to spur him on in recent weeks. 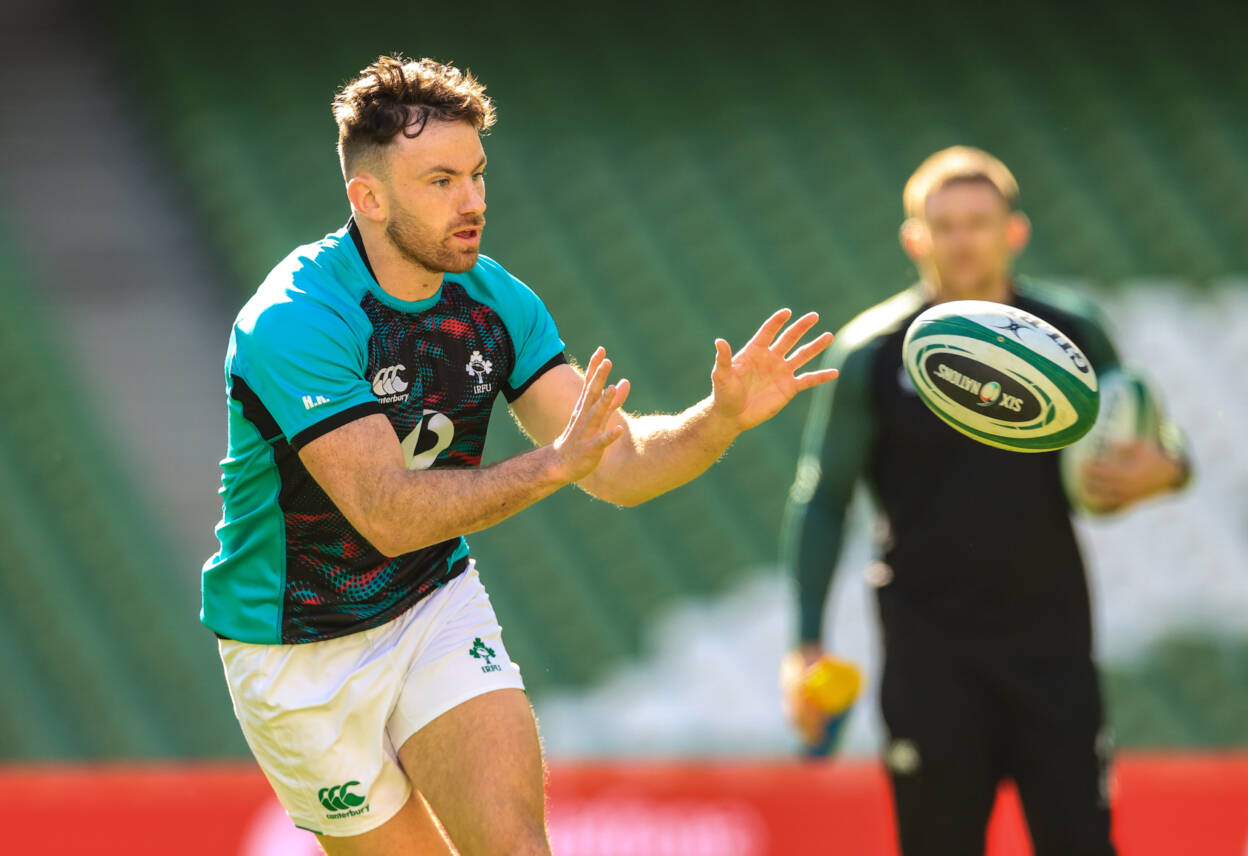 “I think the nice thing is, Mikey Lowry has been playing exceptionally well for Ulster and all of a sudden there’s a bit of competition there.

“With Jacob (Stockdale) obviously not there because he’s injured at the moment, it’s always nice to have that competition in the team and I think we’ve got that now with the centres and the wings, the back-three.

“What it does is, it really pushes individuals to go to another level. Hugo is an incredible professional in the game.

Saturday’s showdown will be a big one for Ireland as a win over the Scots will guarantee a Triple Crown at the very least for the 2022 campaign.

There is also the possibility of them picking up the Six Nations title, should their own result and that of the tournament’s concluding match between England and France go their way.

Scotland arrive in Dublin intent on claiming their first triumph over Ireland since the opening round of the 2017 Championship.

The selection of Blair Kinghorn over the mercurial Finn Russell at out-half in Scotland’s starting XV has caused a bit of a surprise, but Catt is impressed with what he has seen of the versatile Kinghorn.

“I’ve watched some footage on Blair and I think he’s a fantastic player. He’s got a running game, he’s very explosive. He has got a hell of a passing game,” he noted.

“If he gets the time and space his kicking game is exceptional too. He’s got a really big boot. We’d like to think that we’re not going to give him that opportunity to sit back and play the game in a dinner suit.

“It’s crucial that we do get after him, but as a rugby player, what he’ll do for that Scotland team is massive. He’s a big threat for us.”