It has been a frustrating season to date for Iain Henderson, but the prospect of winning silverware has put a pep in his step ahead of the visit of Scotland to the Aviva Stadium on Saturday.

Due to a succession of injuries, the towering lock has seen very little action at provincial level in recent months and he also tested positive for Covid-19 in the days leading up to Ireland’s Guinness Six Nations third round match against Italy.

However, he was called into action after just 82 seconds against England at Twickenham last weekend, after a head injury brought James Ryan’s game to a very premature end.

With Ryan ruled out this week, Henderson is expected to start against the Scots as Ireland look to claim their first Triple Crown in four years.

There is also the potential for the current Ulster captain to add a fourth Six Nations title to his list of honours, but that will depend on the result of the France-England encounter as much as it will on Saturday’s middle fixture in Dublin.

“Just a few frustrating things between the start of the season and over the last few weeks, be it Covid or whatever else,” admitted Henderson, speaking ahead of the Championship’s final round.

“The chance to lift silverware with any team, be it club or especially country, is absolutely enormous. I’m not sure if any guys in this squad have lifted silverware internationally at home.

“That would be unbelievably massive and I think the excitement that has brought us leading into this week has been huge.

“I think it has been a massive driver for us, but we’ve got to make sure we set that excitement aside to ensure we can concentrate on our game.

“The guys that have been involved for a number of years know how difficult it is to come across something at international level, some form of silverware.

“We’ve got to focus on the Triple Crown and hope that what we do during the week covers that off. Then obviously whatever happens after that will be an added bonus and hopefully England can do the job on France.”

While the expectation was that Henderson was going to come on at some point during the second half at Twickenham, the unfortunate injury picked up by Ryan meant he played virtually the whole of their 32-15 victory over the English.

This can be a difficult situation for a player to find himself in, but the Craigavon-born forward has past experience of being thrown in at the deep end of a Test match. 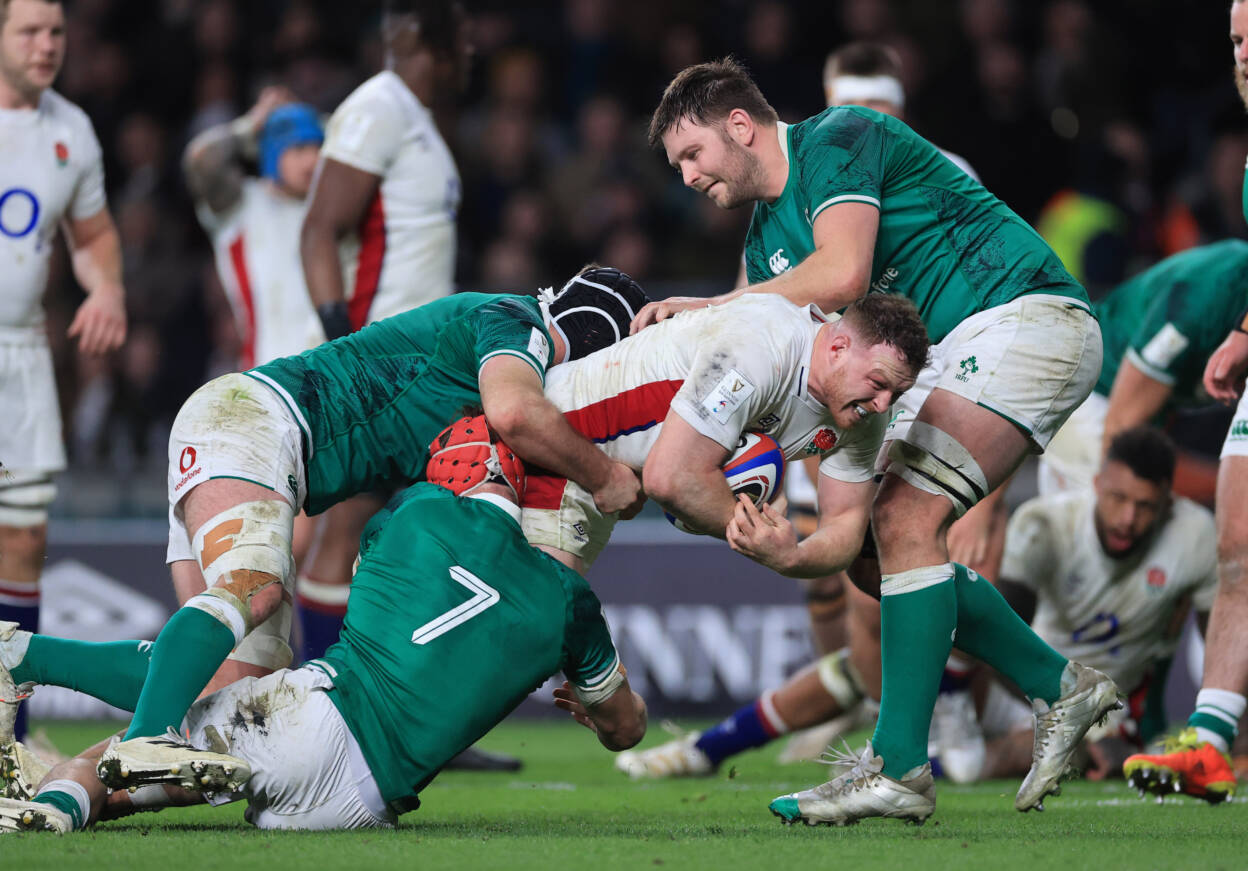 “Funny enough, just prior to the game Jack Conan and I were in the changing rooms before we got changed, joking about coming on early and in the last Six Nations it actually happened against Wales too.

“In my head I was almost thinking, ‘look, the odds of it happening again must be pretty slim’, but there you go. 78 minutes later it was a different story!”

Having only played 22 minutes in the opening three rounds of this year’s Championship, there may have been a question mark over whether or not Henderson was going to have the fitness levels to last for as long as he did.

Thanks to those who were both on the field and off it, he managed to make it through in the end.

“When it gets to whether you’re fully fit or you’re not fully fit, the last 10 or 15 minutes are always going to be tough and you’re going to be in that dark place.

“Thankfully a lot of lads were adding massive energy around the pitch in terms of defence and attack. That definitely helps to keep you going.”

Courtesy of their four-try performance in London, Ireland are still within reach of the Triple Crown and also potential Six Nations success, but it was not always set in stone against Eddie Jones’ England.

Despite losing Charlie Ewels to a red card inside the opening two minutes, the hosts rallied to level matters at 15-all on the hour mark. 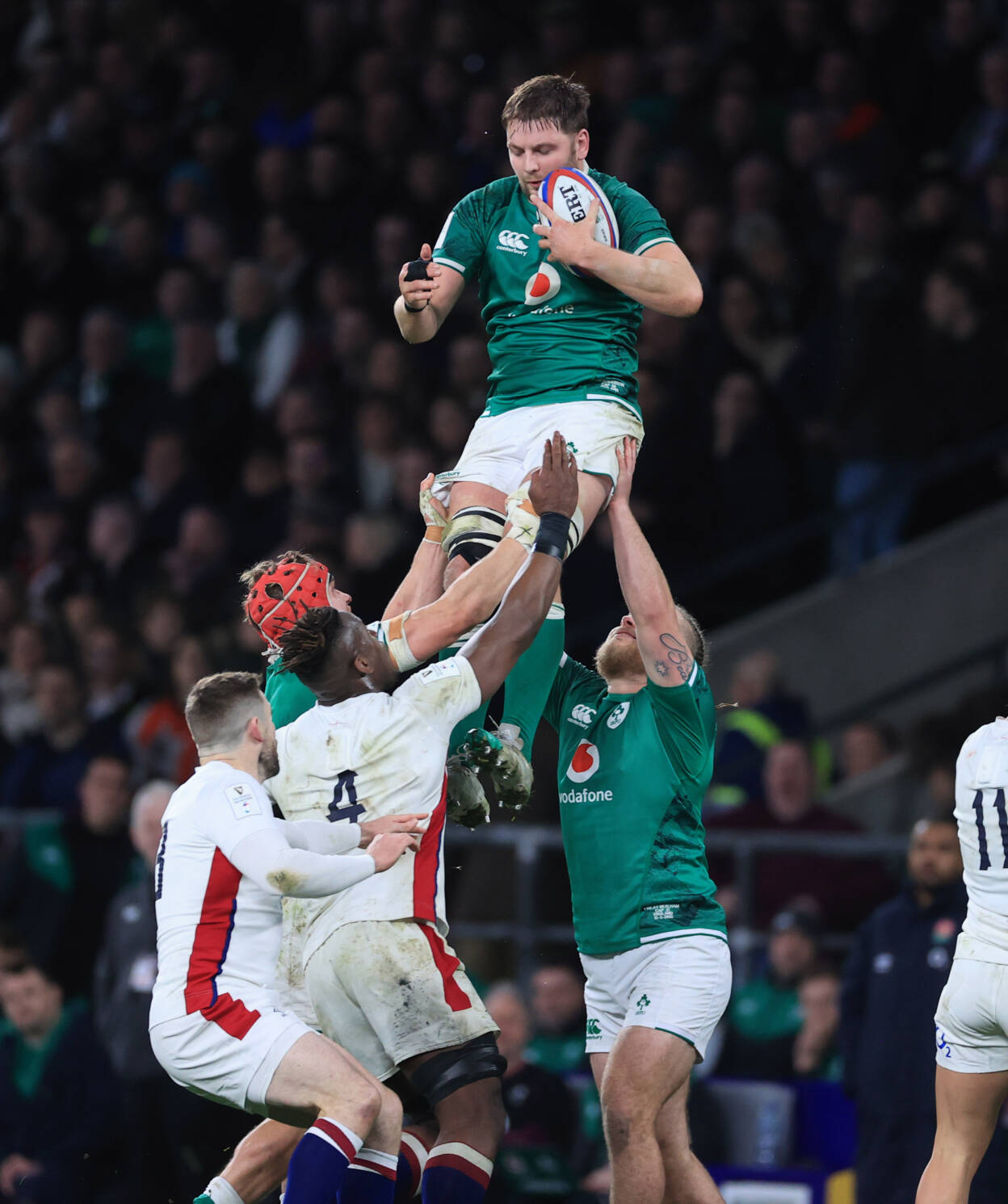 However, Henderson and his team-mates managed to weather this storm and register 17 unanswered points during the closing stages, which included tries from Conan and Finlay Bealham.

“We had a few moments together. We were able to pull it in nice and tight. Just confirm to each other what we wanted to do, what we wanted off everyone,” explained the 30-year-old.

“It wasn’t that we needed to go and change anything drastically. England, we knew they were going to have a purple patch at some stage in the match.

“They came out at half-time, probably rightly so, pumped up and that purple patch lasted probably 15 or 20 minutes. Then we knew if we continued with our defence, obviously some aspects of our set piece weren’t going well.

“We tried to sort those out and then just stick to our attacking game-plan, and it came off.”