The Ireland Under-20s could make it a very special St. Patrick’s weekend in Cork when they host Scotland with an U-20 Six Nations Grand Slam up for grabs.

Richie Murphy’s class of 2022 have put themselves in a strong position after four rounds, holding a three-point lead at the top of the table, ahead of second-placed France.

Next Sunday is decision day with bottom side Scotland looking to spoil the party at Musgrave Park (kick-off 5pm). Another Ireland win would see them crowned champions before France host England at 8pm Irish time.

Tickets for the Ireland U-20s’ mouth-watering final round clash with Scotland at their Cork fortress are available to buy here from Ticketmaster.

Looking forward to running out again on Leeside, Ireland U-20 captain Reuben Crothers said: “We’re always a one-game team. We’re always just looking to the next game but obviously now we’re gunning for the Grand Slam.

“It’s hard to find better supporters than the ones at Musgrave Park. The Cork crowd are unbelievable for us there.

“We’ll prep for Scotland but hopefully getting that chance to go for glory in front of that crowd will be amazing.”

Crothers and his team-mates come into the game truly battle-hardened after getting the better of a physical England side, who were 41-21 winners over Scotland during the opening round.

Ireland kept their cool against last year’s Grand Slam champions, showing impressive game management to bounce back from an early 10-point deficit at the home of Saracens FC.

They put together a run of 17 unanswered points and then two more crucial spells during the second half which yielded 10 and 15 points respectively.

“Going into the sheds we were pretty bruised and battered after a physical first half,” admitted Crothers.

“But you know, ach, we just talked about England’s reaction they were going to have in the first ten minutes of the second half.

We weathered that and after that we were just looking to get on top. Credit to England, they were very good out there tonight and scored some class individual tries.

“First half we did struggle to get out of our own 22, the wind is a lot stronger than it looks.

“That second half we just tried to take advantage of the wind as much as possible. To try and pin England in their own 22 and reap the rewards from that.”

One man who stood out, even apart from his scoring contribution of 17 points, was ultra-composed out-half Charlie Tector. The Rathnure youngster is the tournament’s top points scorer with 45 points (12 conversions and 7 penalties).

His involvement with Lansdowne in the Energia All-Ireland League this season has really stood to him, as well as getting training time with Murphy, a noted kicking specialist, and Mark Sexton, the Ireland U-20s’ backs and skills coach. 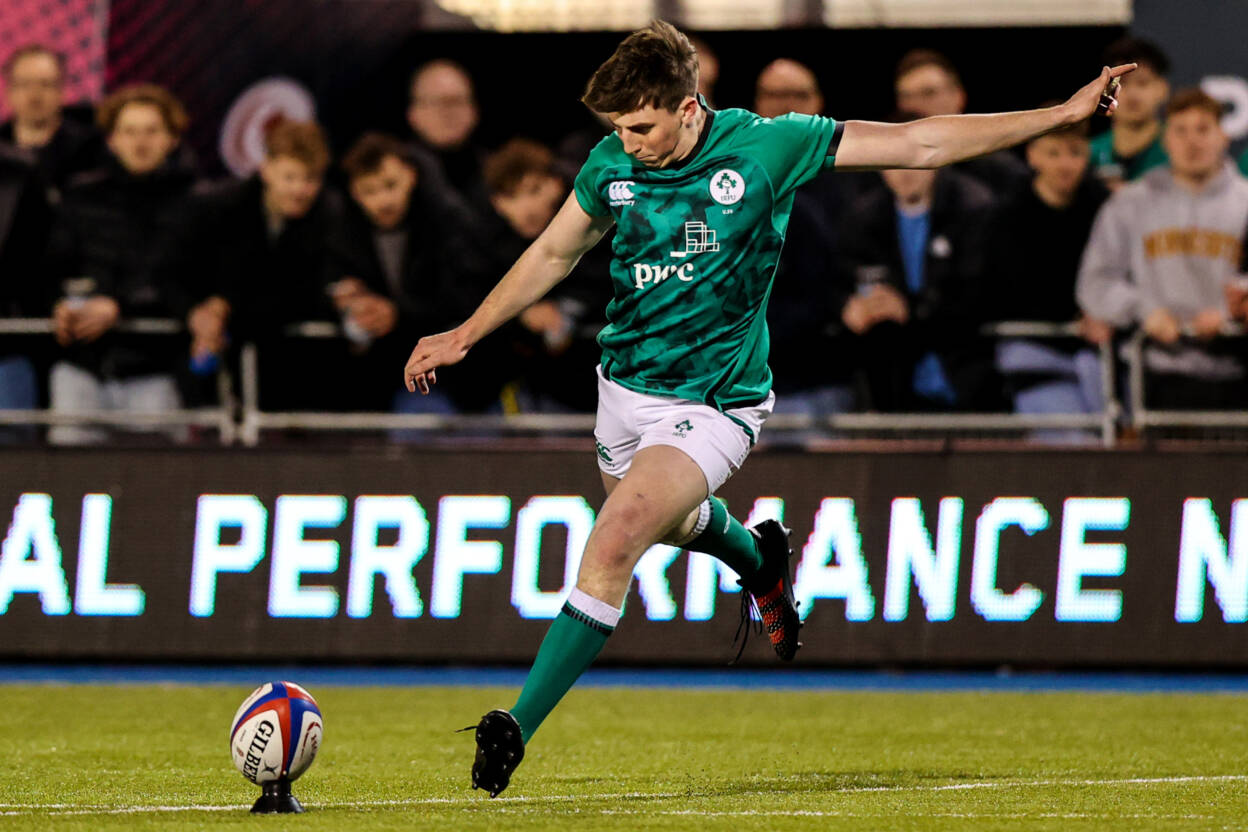 Key to Tector’s progression as a player is his eagerness for continual improvement and he knows they will need to take it up another notch or two when Scotland come to town.

Reflecting on how things panned out against England, the player-of-the-match said: “It was a real physical battle. England really came out firing. We expected that so we were really ready for them.

“There was a real strong breeze out there, it’s more than you think. The ball really hangs up there. So that first half was difficult, but we stuck in there. That’s all we needed to do.

“It’s a great group of lads. We’re moment-focused so we’ll look back at this before we look on to (Scotland) because there’s a lot of improvements there to go.”